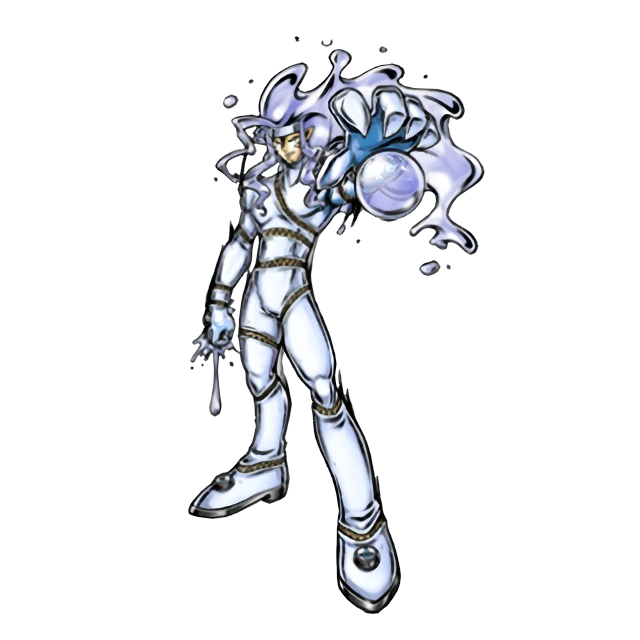 The water-element Death-Star of Wednesday is a really fun one, usually appearing as a handsome man with flowing water hair, strangely completely covered in zippers that we'll get to shortly. Able to shape-shift into liquid and specializing mostly in espionage, Splashmon's villainy is unfortunately complicated by his extreme vanity, since he hates to engage in anything that might sully his appearance and spends a lot of time distracted by his own narcissism.

Splashmon, however, has TWO not-so-handsome secrets. He gets a 3/5 only for his humanoid design. 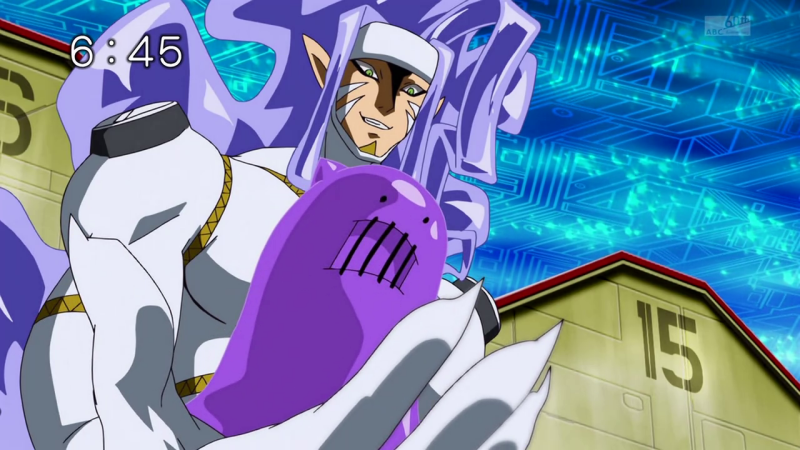 Splashmon is actually filled with, and perhaps partially comprised of, little water-sprite blobs known as Drippin, which look kind of like Ditto with goth mouth-stitches. Drippin come in several possible colors, and each has a different ability, which are as follows:

It's a lot of fun to have digimon so powerful, they basically generate additional, independent digital lifeforms of their own. Oddly enough, Splashmon rules over a machine-themed area in Xros Wars with cyborg digimon minions, but these eventually turn out to all be transformed Drippin. We said that Splashmon has TWO secrets, however, so let's get to the real star here... 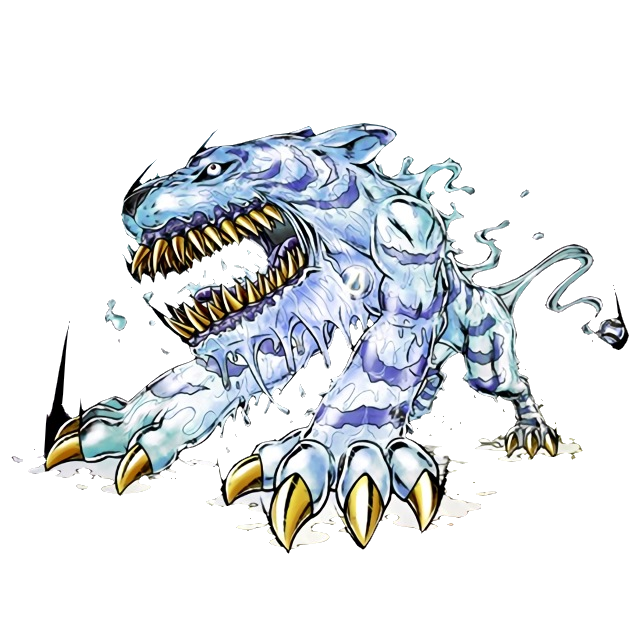 When Splashmon finally runs out of all other options, he undoes his many zippers and unleashes his actual, true form, an enormous and horrific "water tiger!" With an obscenely huge head, snaggly yellow teeth, ghastly eyeballs and an oozing semi-liquid surface, "Splashmon Darkness Mode" is a fantastic tribute to the monstrousness of older Digimon, even carrying some similar vibes to Raremon! I never would have expected that from either a feline monster or a water elemental, neither of which tend to be played for grodiness, but this is one grody wet cat. Splashmon agrees, too, since he's utterly ashamed of his true grodiness. This only makes his true form even deadlier, however, as his pompousness gives way to rage and a focused desperation to ensure that nobody who sees his true face will live to tell anyone!