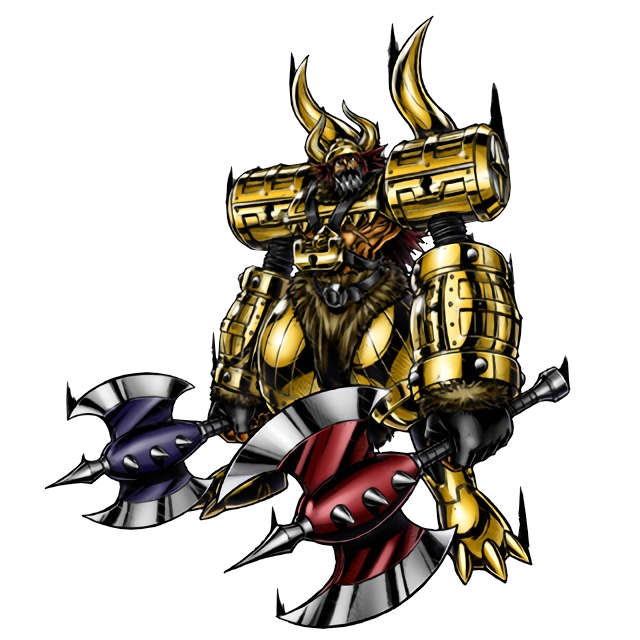 The Friday Death-Star's element is "gold," oddly enough, and his minions form an enormous fleet of digital world raiders! He's basically a giant, pirate viking wearing his own stolen gold as a suit of armor, and I especially like the entire treasure chests as shoulder pads. Each of those chests also houses a shadowy demon, one black and one red, named Jormungandr and Surtr respectively. Jormungandr uses an ability called "Age of Discovery" to supposedly take its opponent all the way to Jotunheimr at the end of the world, while Surtr's ability is called "Dream Come True," which pretends to grant the opponent whatever they wish. Olegmon is a pretty cool concept, honestly, and his personality in the anime makes him an especially fun villain, because despite being part of the main bad guy force and a raider said to be responsible for "every kind of atrocity," he's also a jovial and honorable guy with a soft spot for the helpless and a strong belief in the importance of friendship, even wishing his own enemies good luck and encouraging them to take care of each other. As you can probably guess, he does eventually get a final moment to redeem himself at a critical point in the storyline.