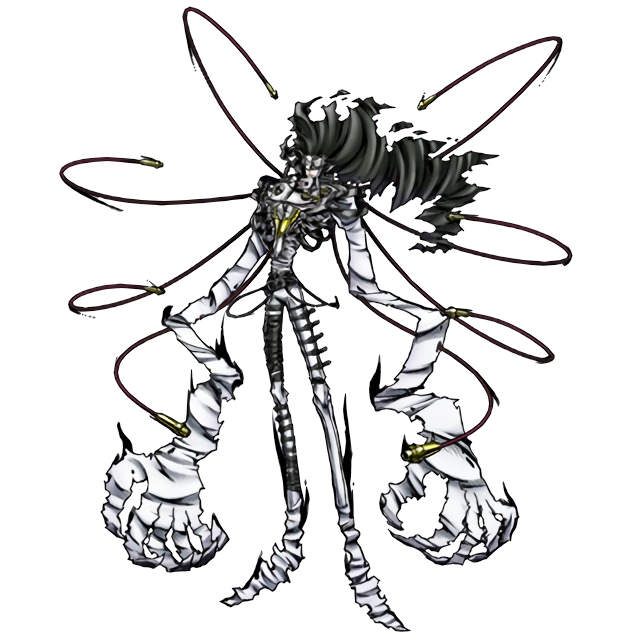 The Saturday Death-Star of the Earth element, and as his name implies, he has power over gravity! That's a pretty unique reasoning for a character to be earth-based, I gotta say. He's also known for his sadistic nature and his genius intellect, making him the Bagra Army's deadliest strategist. He's also another massive edgelord, too, as his profile states that he enjoys researching such subjects as "how many casualties can be produced easily" and "which tactic lets it listen to to a multitude of screams," among others, and loves to come up with creative schemes that will surprise his foes just at the moment they die. I really don't know what the idea is behind Gravimon's design, though. He's a lanky guy whose arms are seemingly made of two-dimensional cloth, and he has eight cable-like tentacles on his shoulders. He's certainly very cool looking, but I can't begin to sort out what, if anything, his design elements might be referenced from or how they fit together as a theme. He's just weird! MUCH more interesting, despite something I almost forgot to include here at all, is the fact that Gravimon's life is tied to a fleshy, one-eyed "core" that can not only escape from his body, but hide out in someone else's body until he can regenerate completely!