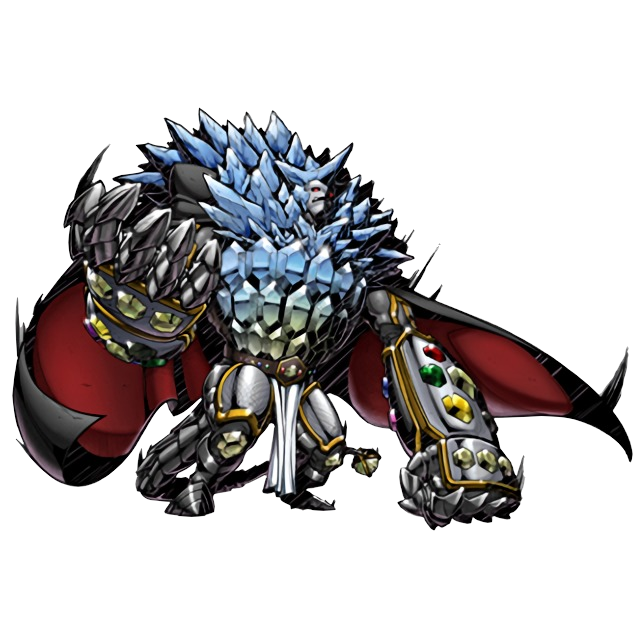 The Bagra Army's remaining general is quite a bit more fun and memorable than yesterday's Tactimon; Blastmon is a giant humanoid completely coated in an armor of razor-sharp, regenerating crystals, which he can even fire from his body individually or detonate in an explosion! He can also roll up into a ball like a hedgehog, and refract light through his crystals to generate a burning laserbeam. Most digimon have obvious inspirations behind them, but like Gravimon the other day, I really don't know what inspired this one. He's just a big, scary crystal-armored hedgehog monster man, with a lizard tail and oversized arms, and really just a hell of a lot of fun as a concept all around. We even get to see what Blastmon looks like under the crystals, when he's momentarily used them all up, and it's a very nice alternate design itself! I love this decrepit, gangly troll who just grows a huge, glittering diamond shell to look more impressive. He's even almost as proud and vain as Splashmon, calling himself "beautiful and sublime." All the funnier what ends up happening to him for several episodes in a row.