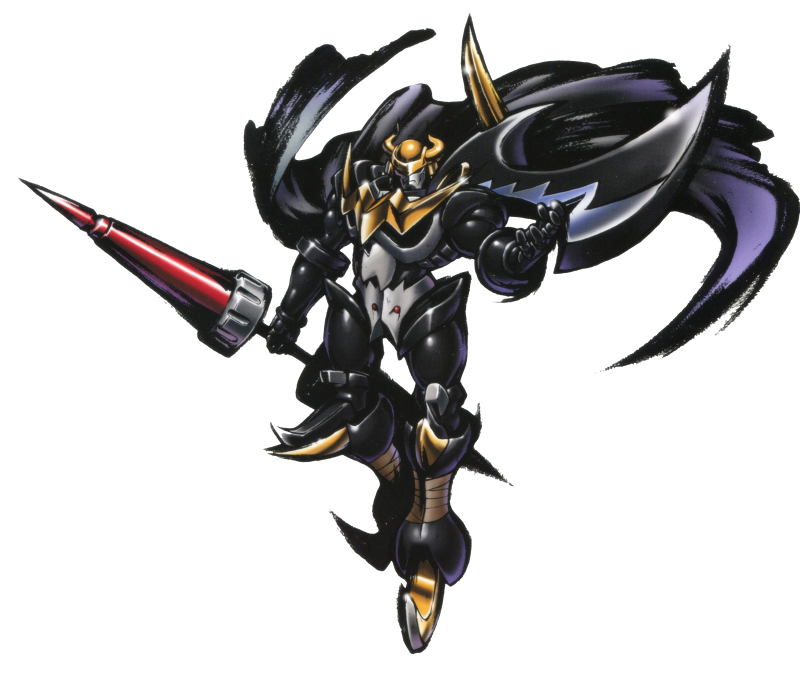 We begin today's review with Dark Knightmon, a brooding, menacing evil mastermind who secretly controls "Twilight," a digimon army of initially uncertain alignment. He actually seeks to take over the Bagra army, and eventually turns out to be Bagramon's younger brother, but that's not his only twist... 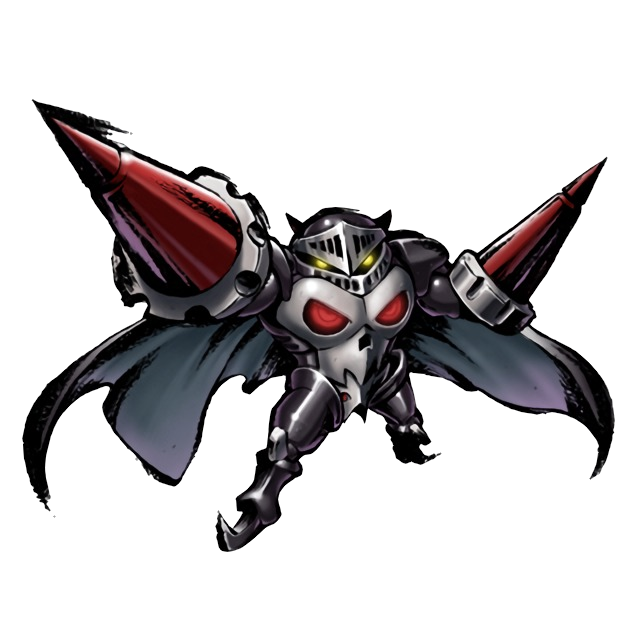 The truth is, Dark Knightmon is actually just a fusion between two other digimon, one of whom is Bagramon's actual younger brother, Skullknightmon, and just look at him! A squat spooky knight with glowing eyes and a giant, grumpy skull chest! He's absolutely PRECIOUS! He's otherwise still a kind of typical villain, but when he's on his own like this, he's a little more brash and reckless, and forget Dorbickmon...this guy actually has an attack called "Breast-eye Wink." I have no idea what it does. I can't find any description beyond its name.

And wait til you see the other half of Dark Knightmon! 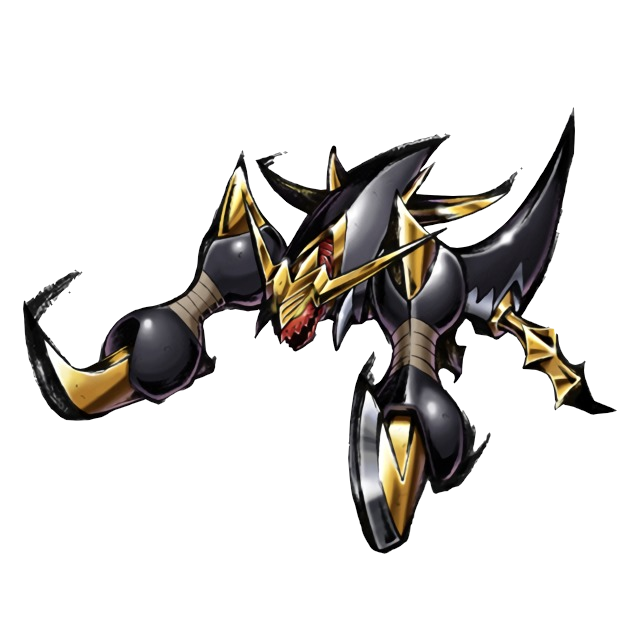 This is Deadly Axemon, an amazing looking quadrupedal demon beast covered in armor that just gives it such a marvelously insect-like appearance. It's a shame we don't see nonhumanoids in knight armor more frequently, it can really turn almost any shape into a rad metal beast! I especially like that what little we can see of an organic body here has no obvious basis, just a vaguely reptilian, red-skinned thing with presumably pretty long, spindly limbs.

In addition to its obvious ability to slice things apart, Deadly Axemon is hyper-fast, capable of spitting acid, and can also melt its entire form down into an acidic torrent to dissolve everything around it! We just never get to see much of this in the anime, since it spends most of its time in the form of Dark Knightmon.

Skullknightmon and Deadly Axemon are "sworn" brothers, having pledged as such to one another before becoming a single, more powerful digimon that evens out their respective strengths and weaknesses. That's so sweet!!! Good for them!!!