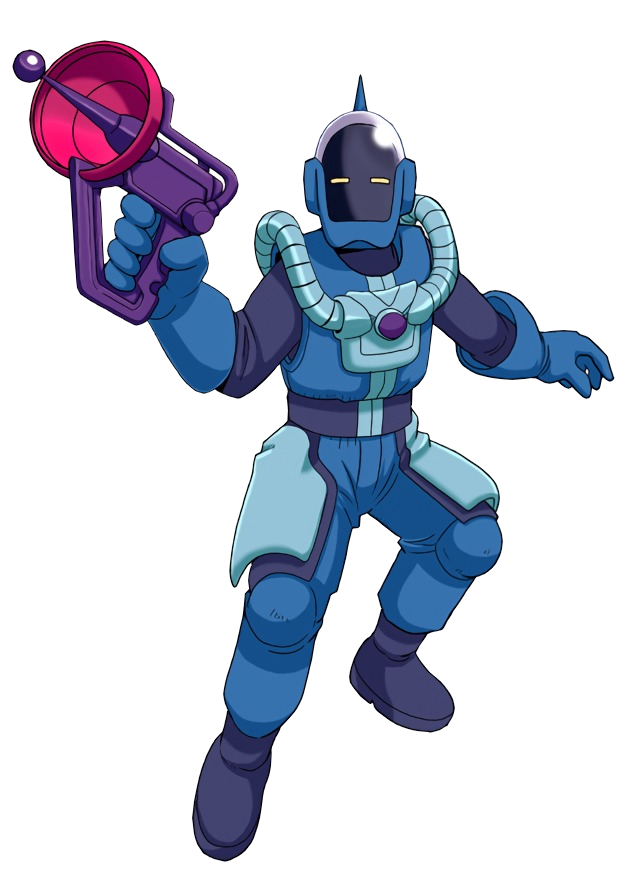 Today, we have a non-digimon digital lifeform exclusive to Digimon Story: Lost Evolution, and they're a pretty uncanny concept: artificial, brainwashed soldiers formed from the unwilling fusion of digimon and their human tamers! The design is pretty fun, too, looking like some kind of retro 50's spaceman or robot invader. From the design on its own, I wouldn't have expected it was something quite so dark. 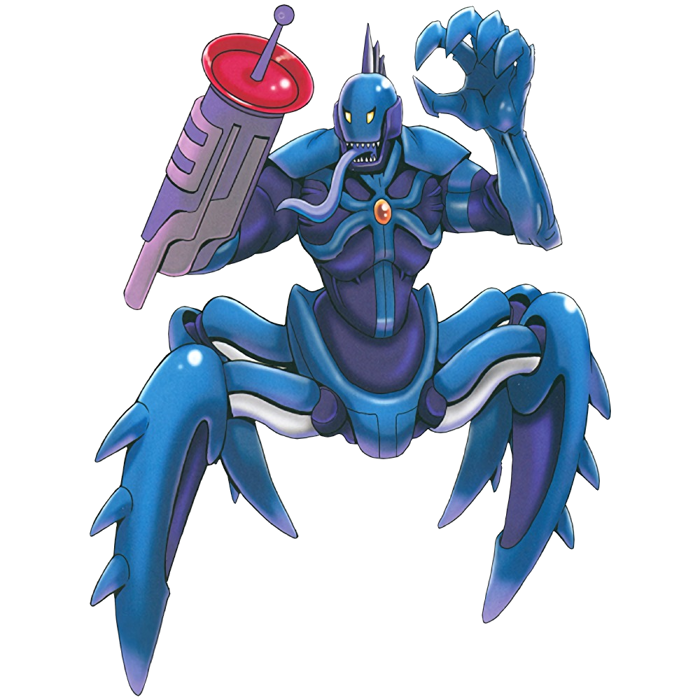 Even more frighteningly, the Eraser can transform into a Shift Eraser, which is possibly the "true" (or true-er?) form of the Erasers, and it's pretty awesome looking. It takes the humanoid spacesuit and turns it into the exoskeleton of an alien bug obviously paying homage to Giger's xenomorph, which I think is an especially poignant thing to evolve from what resembles a human in a spacesuit, to the point that I now terribly wish this was an actual alien-themed digimon line. I know that's already the aesthetic of the Kabuterimons, but what if Eraser was a child stage that could evolve into either Kabuterimon or the Shift Eraser? Then we could throw in the 2010 Cyberdramon as a Perfect stage, and Parasimon is obviously the perfect Ultimate form, even if that's basically like ending on a "facehugger." 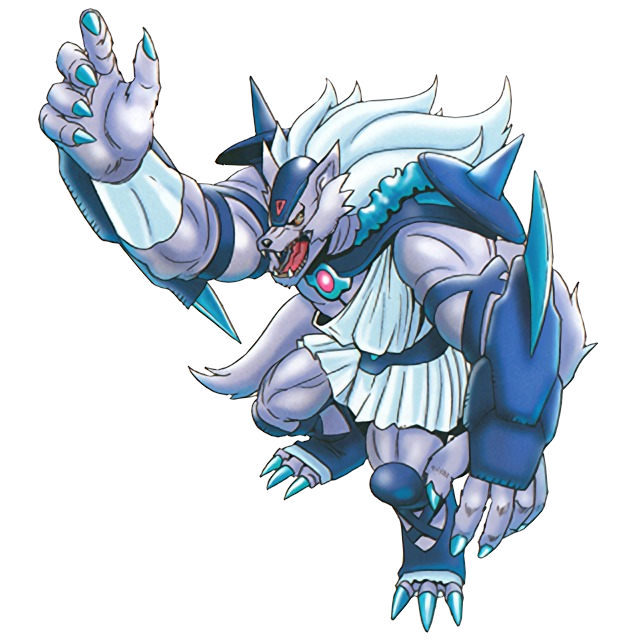 So the villain responsible for the Erasers is also working with a trio of digimon tamer bandits, giving them the power to transform into Eraser beasts in exchange for their service. Uno, the leader, is an old looking guy who goes around in a in a winter coat and a helmet and can transform into this big, shaggy wolf-ike Eraser. Not all that interesting to me, designwise. 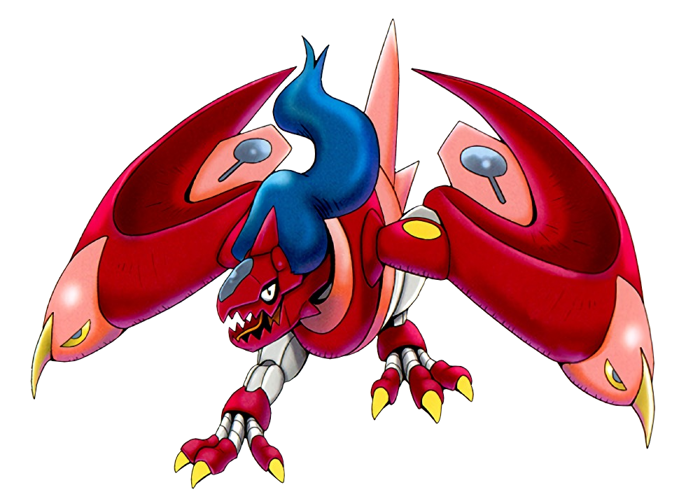 The next member of the bandits is a skinny dude in a mohawk and a snobbish personality who transforms into a rather more interesting monster; a menacing biomechanical bird or pterosaur with a pleasantly piranha-like face. 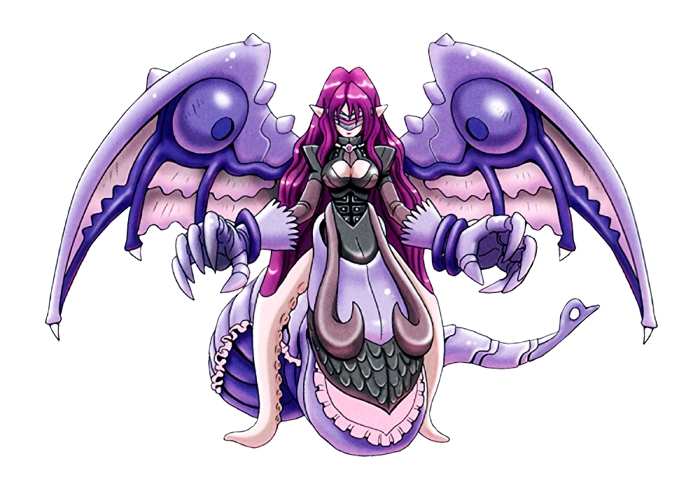 Taken on its own as a creature design, this bat-winged, squid-tentacled, goth naga woman is the coolest looking of the three bandit monsters, and would earn a 4/5 as a design, but I don't really want to rate it at all because they designed it as a booby monster and its human counterpart is literally seven years old. I guess that makes me a little more glad that these were obscure one-offs in one video game. 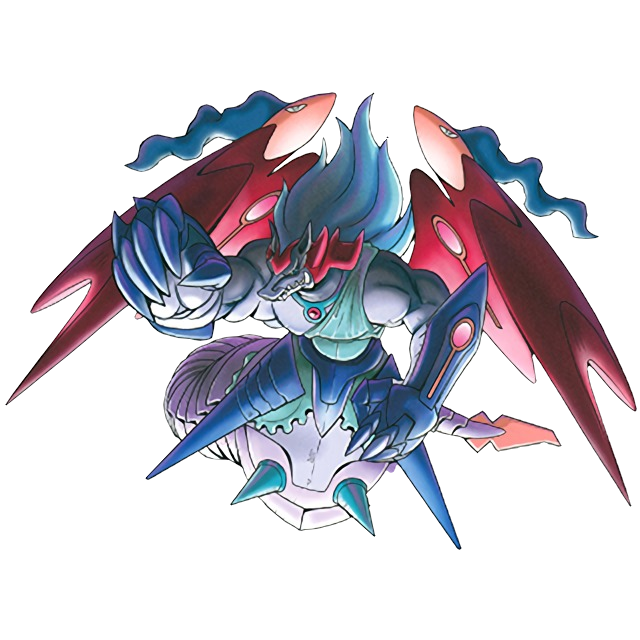 Omega is a fusion form between all three of the bandits, which you can easily see expressed in its design elements. Someone did a pretty good job of this without its various parts looking too disparate, nor any one of them looking copy/pasted directly from the anatomy of any of the three, so, good job on that, but I'm not really big on it. 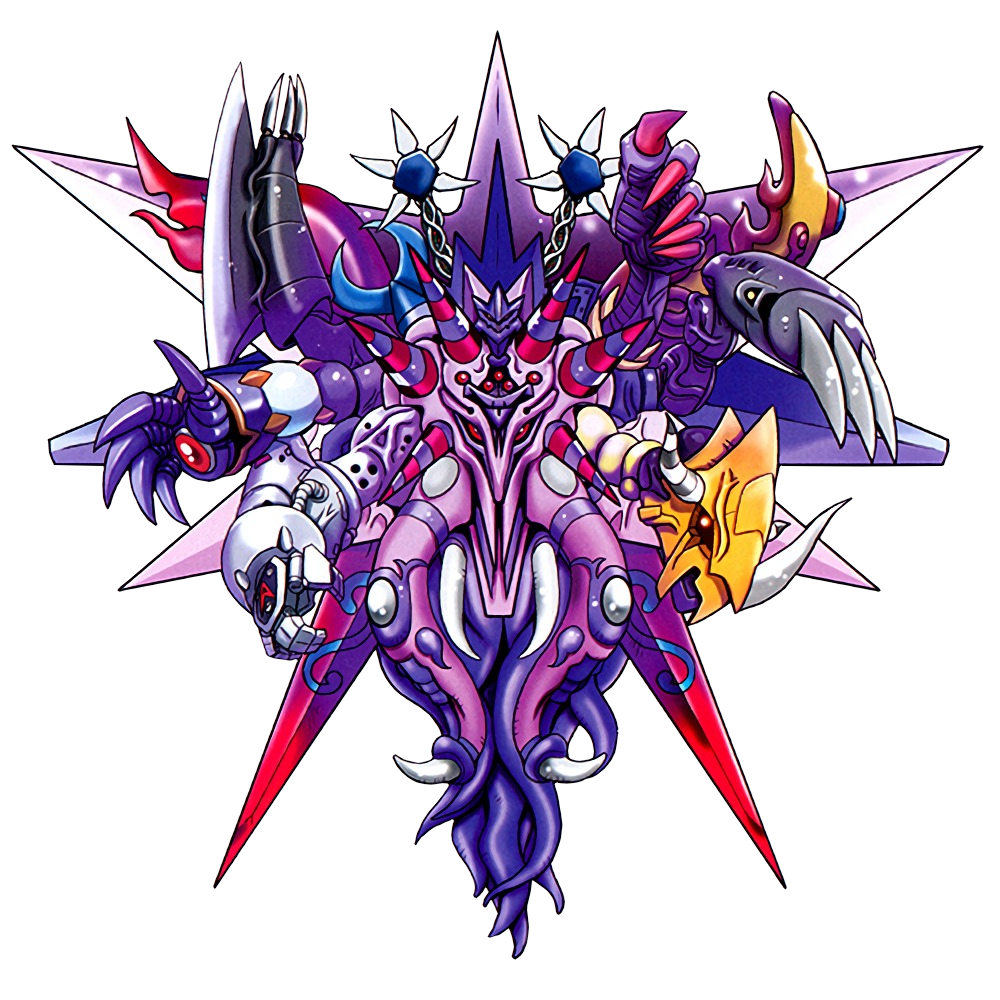 The villain behind the Erasers is eventually revealed to be a young man who calls himself "Kernel." He later turns out to be one of the engineers who first created what would become the digital world, but his real body died long ago, leaving only his digital self. You know he's a big deal when the team of digimon he commands includes Apocalymon and Examon, though for some reason, the third digimon he battles with is Minomon. That seems a little...asymmetrical, doesn't it?

In the final showdown, Kernel becomes "Giga Devast," an abominable fusion of multiple digimon and the various Erasers. I am really liking the ominous kraken-looking face in its chest! 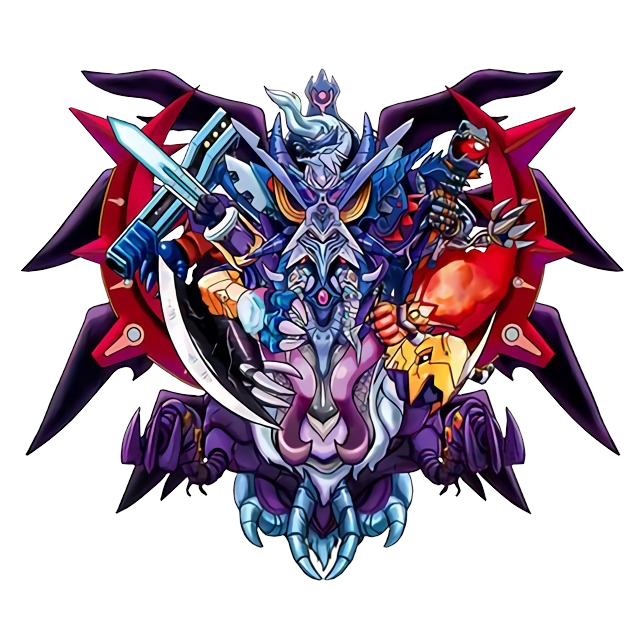 Giga Devast is actually capable of digivolving, and thusly becomes Tera Devast, which...isn't as good, sorry. There are now so many elements in here that it's just too unreadable a blob for even my love of unreadable blobs, though I will say that, once again, the face in the center is its coolest feature, with multiple things you can orient on as its eyes.

Overall, the Erasers are a cool concept, bogged down by a few poor creative decisions and the fact that none of them are ever actually as cool as their lower-level grunts.