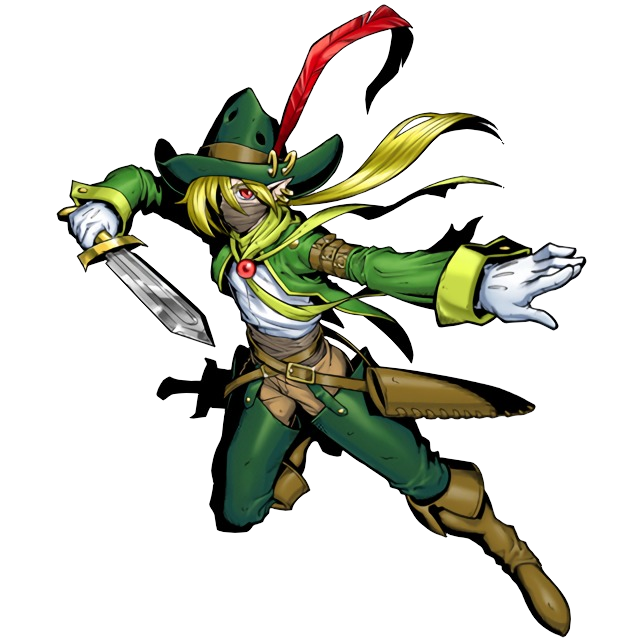 We're actually not done yet with 2010 digimon, but I want to save some of the best for last, so we're going to jump just a little bit ahead first and look at a series of 2011 digimon from the Digimon Crusader virtual pet. Almost all of these digimon are modeled after famous characters from literature and folklore, and almost all of them are on the extremely humanoid side, so they're going to be pretty hit or miss for my tastes.

If you hadn't guessed, for instance, Petermon is literally just Peter Pan as a digimon. His "Midnight Fantasia" attack is a whistling song that can manipulate "young, sleeping digimon," such as baby and child stages I'm assuming, that he whisks away to his "Never-Ever Land," a place where digimon never need to evolve. A fun way to incorporate Peter Pan into the digital world, I think, and they don't shy away from the fact that Peter wasn't really a heroic figure at all. Petermon's profile mentions that he's merciless towards anyone who displeases him, savagely beating or torturing them while calling it a "pretend punishment." That's pretty much straight from the books! He was pretty much a monster. 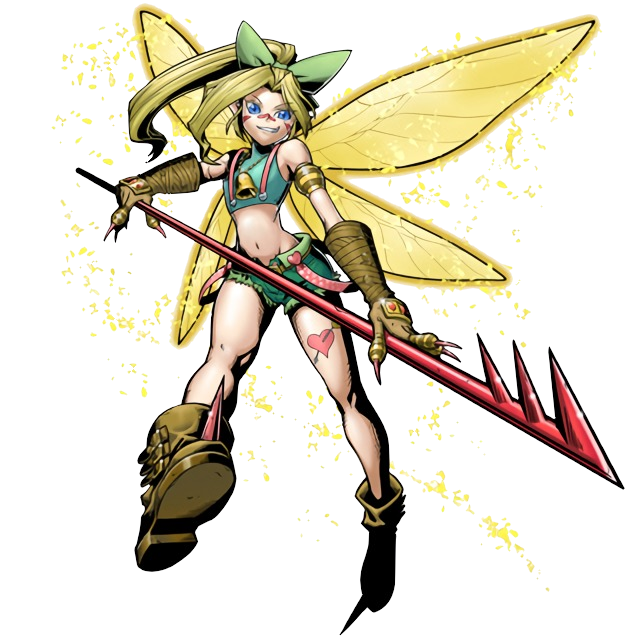 So of course Petermon also hangs out with a fairy named Tinkermon, and just like her literary inspiration, Tinkermon is actually a pretty rotten little scoundrel even compared to Petermon. Her "Speed Nightmare" attack uses her toxic spear to inject foes with hallucinogens, her "Nightmare Pandemic" scratches the opponent with poisonous nail polish, her "Fairy Powder" can de-evolve digimon into baby stages, and together with Petermon, she can force the opponent to follow them to Never-Ever Land with an attack hilariously named "Petermon Syndrome."

These are some pretty creepy little shits, whether in the original books or as digimon.