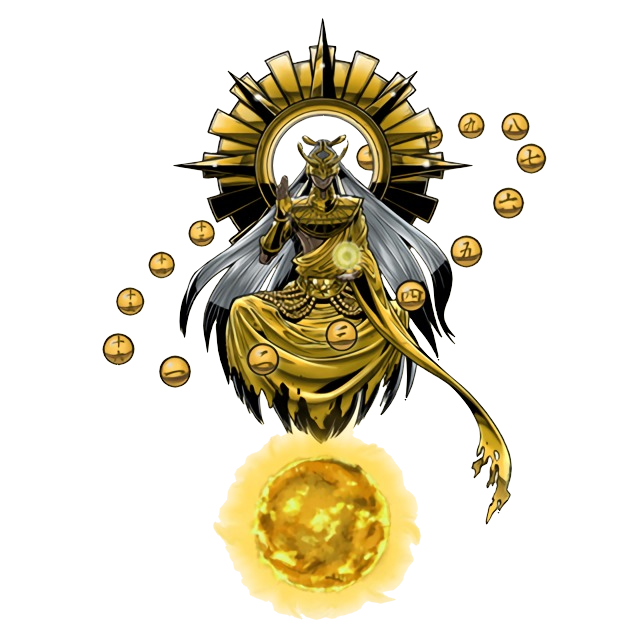 This is the last of the "legendary figure" digimon from this period, and based on the historical founder of Buddhism from India. Obviously a pretty big deal, Shakamon is said to be second in power only to Yggdrasil himself (wait...wasn't Yggdrasil gone? Are we back in another continuity here? How many were there again?) and capable of bringing enlightenment to any other being. If challenged in battle, this digimon can purify the enemy of evil with a glowing halo that "cannot be shut out, even if they close their eyes," and if still threatened, can force them to battle against an illusion until exhausted, teaching them a lesson on the futility of violence.

As a digimon concept, it's a fairly obvious one that I can't say much about, but it's still a pretty important one. It's also the first humanoid digimon with such dark skin, which is kind of a mixed bag, because it just underlines the fact that there are so many humanoid digimon that are all just based on either Japanese people or their image of blonde-haired "Westerners." I'm glad that such a major holy digimon goes back to the Angemon tradition of an eye-covering metallic mask, though.