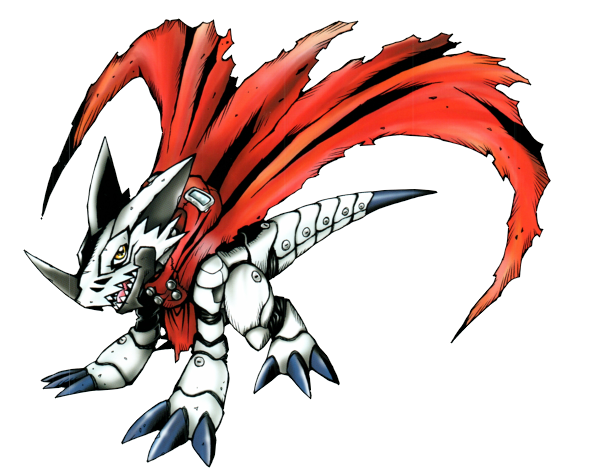 The idea of Hackmon is that it's a Royal Knight digimon in-training, specially chosen by yesterday's Gankoomon to take up his mantle.

The design is okay enough. It looks kind of distantly related to Shoutmon as well as Gumdramon with its roughly dragon-like form, jagged lips and pointy ear-horns. I do like how its covering of armor is so streamlined and almost organic looking. 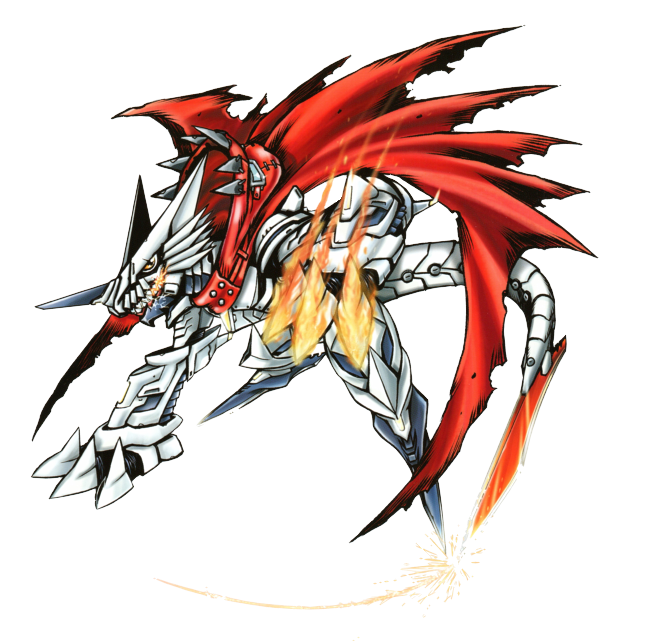 Baohackmon is Hackmon's Adult stage, and kind of on the "just gets bigger" side of evolutions. Hackmon, but more. I like the larger hood having its own teeth, though. 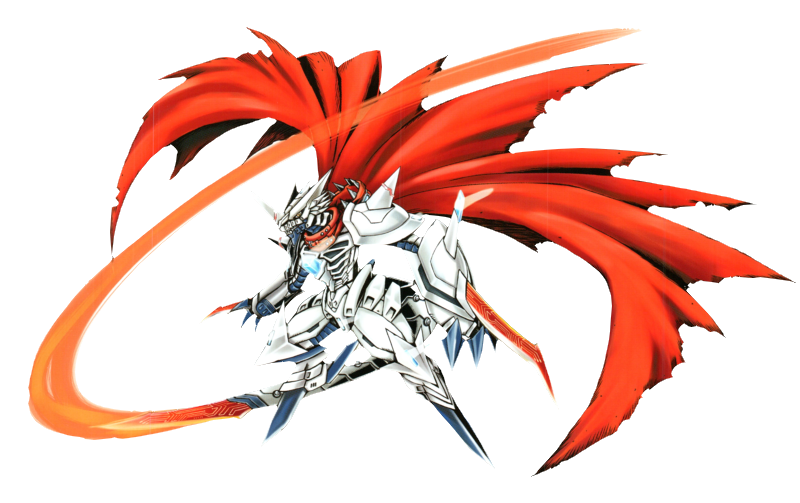 Saviorhackmon, the Perfect stage, is of the "gets more humanoid" evolution class, but not by too much. I guess it's more like it simply stood up, is all. Its armor also becomes a lot boxier and more robotic looking, which I don't like as much as the smoother armor plates of Hackmon.

It's said that this digimon has witnessed many terrible tragedies, and intervenes in battles in order to bring peace the digital world. 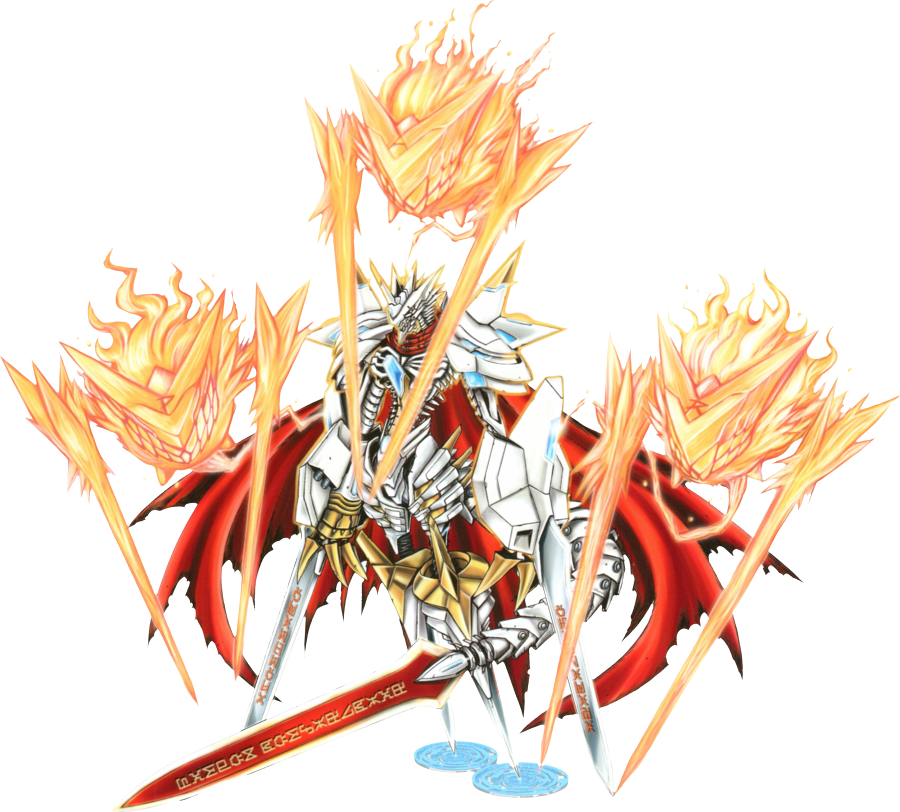 Finally, we have Jesmon, the full fledged Royal Knight form of the line, and I must admit that even the features I didn't really care for in its predecessors are looking a lot better here. I like its skeletal-looking body, the finely bladed scales of its head and neck, and the silliness of a being whose EVERY appendage ends in a sword.

More important are Jesmon's three friends, and HOLY HELL are those things COOL looking. I am loving the eyeless, V-shaped skulls and totally demonic teeth on these blade-armed fireballs.

They are, however, technically a part of Jesmon's design. They're referred to by a couple of official sources as digimon themselves, but like Gankoomon's buddy, they manifest into existence only through their partner Jesmon's power, and serve as his protectors and agents. Individually their names are Pol, At and Rene, as designated by the letters carved onto their bony craniums, and collectively they are the Weltgeist, or literally "sword ghosts." This is getting cooler and cooler, I swear.

Without his Weltgeists, Jesmon would get a 3/5 from me. Without Jesmon, the Weltgeists would get 5/5, easy. I'm going to compromise and give these four pals a collective 4/5.