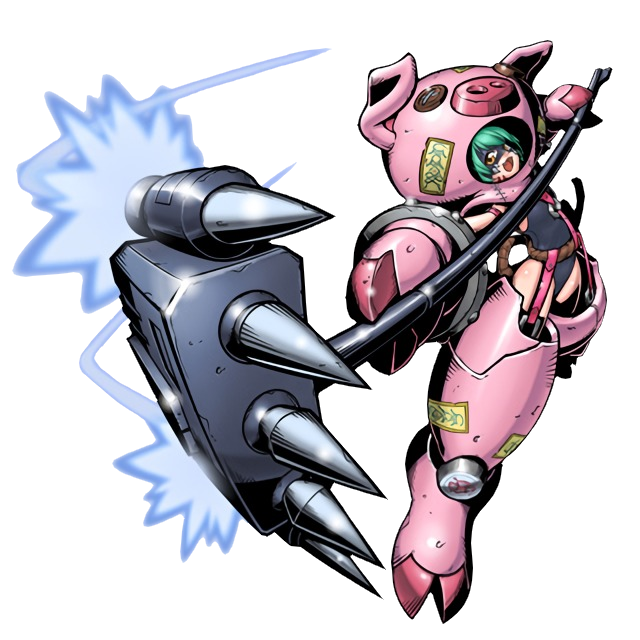 Okay actually THIS is, I think, the last of those digimon based on mythical and literary figures we were looking at, and by far the silliest. Cho Hakkaimon is supposed to represent the pig from Journey to the West, but instead of being an actual pig man, it has the form of a young girl in a robot piggy suit that looks like something out of Invader Zim, a form given to it as punishment when it was apparently banished from the digital world's heaven.

That's right...this is basically a fallen angel digimon, except they don't categorize it as such, or even as a demon or any "dark" digimon. I guess it's just not THAT fallen. Lightly tumbled. Gently set down. I have no idea why the anime had Cho-Hakkaimon evolve from Possumon, either. A really peculiar digimon all around, but at least it has a very unique look and feel.