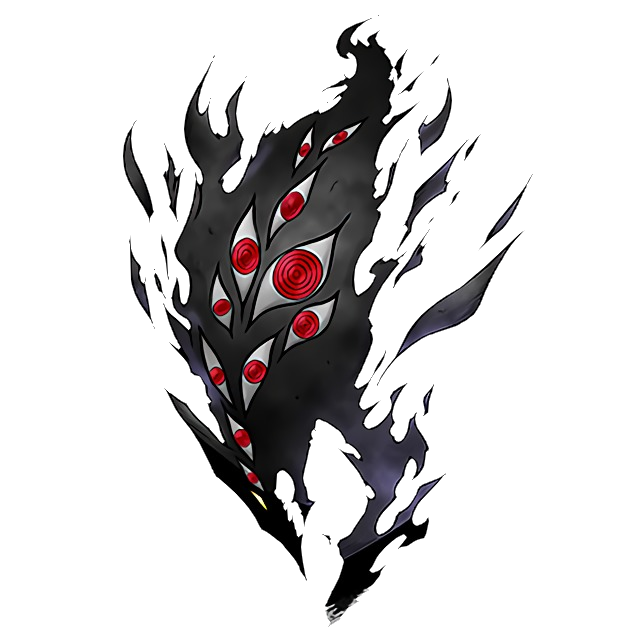 Appearing only in the Xros Wars manga, Shademon is a weapon of Dark Knightmon that eventually exceeds its master in power, betrays him and forcibly fuses him with Milleniumon to create Zeed Milleniumon, so, that's something.

A parasitic entity, Shademon haunts the shadow of a chosen victim and "feeds on their despair" until it is able to digivolve into a more powerful demonic digimon. In this shadow state, it has two attacks: one is called "Free Death Fall" which "displays the illusion of being knocked to the ground 10,000 times," whatever that means, and the other attack is literally called "Kill Me," which forces nearby Digimon to attack its host body.

Shademon is a fairly scary concept, and the single glimpse we see of its design is pretty intriguing; a flame-like shape almost resembling a single, giant wing covered in eyes, but terminating in what seems to be a wolf-like head near the bottom. A lot of gothic images elegantly merged together! 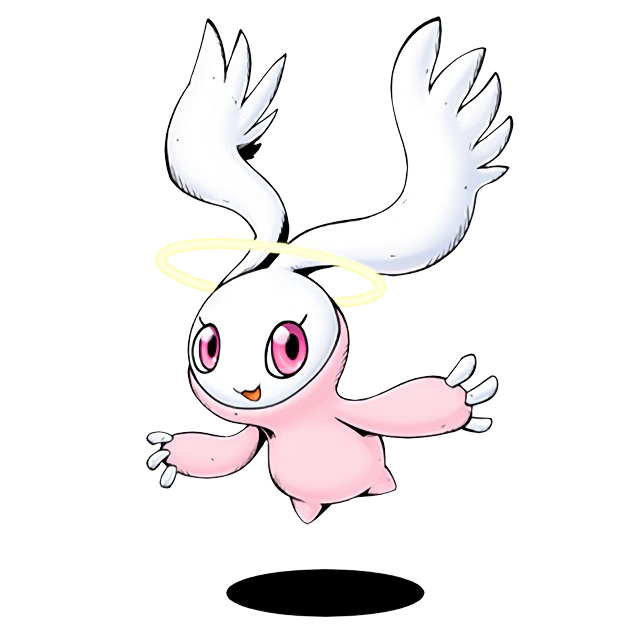 So it's implied that Shademon is supposed to digivolve into something TERRIFYING, and takes control of one of the human characters as its host, but the power of goodness wins out in the end and the new digimon that forms is instead the angelic, nonviolent "Luminamon." That's at least cleverly unexpected, I suppose. Obviously not as cool as Shademon, but I actually kind of like this design, and I like the idea of such an evil entity getting kind kind of neutralized with this evolutionary form.