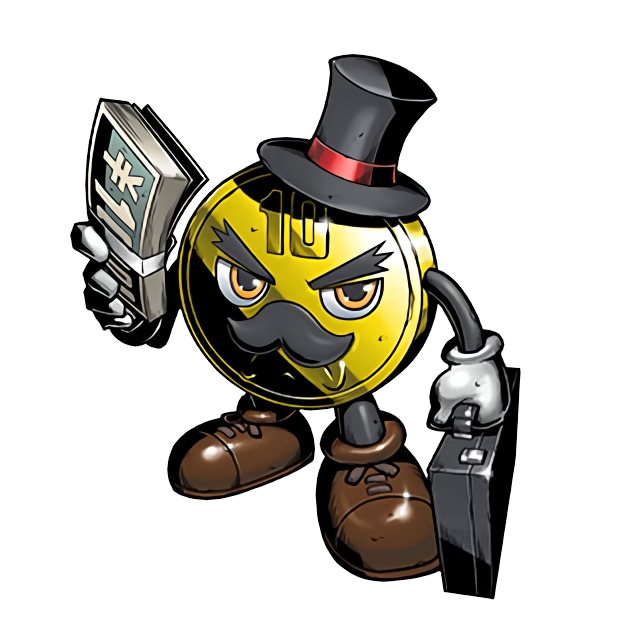 Get a load of this bastard! Top hat and everything! Ganemon is a mutant digimon who cares about nothing more in the world than money, which he eats by the way, in order to grow physically larger and more powerful. He uses his "eloquent way with words" to swindle everyone he meets, but he also uses his personal minions to straight-up steal anything valuable...and who are those minions? Ganemon's trunk is seemingly capable of carrying a potentially unlimited number of tiny Zenimon and Kozenimon, adorable little 5-yen and 1-yen coin digimon! The more robot-like Zenimon is apparently quiet and serious, but Kozenimon is optimistic and cheerful, with the motto "even 1 yen, when accumulated, can become 1 million yen." The Kozenimon also have a special attack described as "all of the Kozenimon who have been made fun of by an enemy come and cry together, creating a shockwave." Oh my god.

By the way, Ganemon is able to track the location of all Zenimon and Kozenimon by "using his mustache as a radar." This is such. Good. Shit. How do you like the original drawing, too, credited to someone named Kenta? The look on this digimon's capitalist pig face as he showers in cash is priceless.