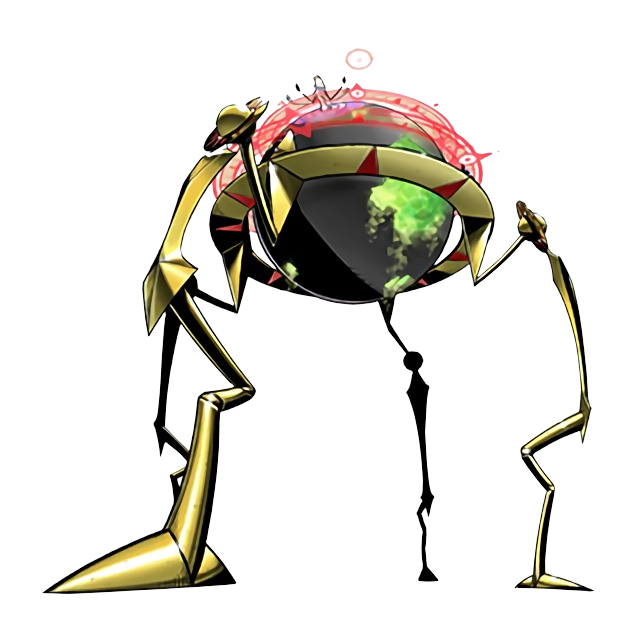 It's the final boss of the Xros Wars universe! Or, if you ask TVtropes, it's the Giant Space Flea From Nowhere of Xros wars, not that Digimon is new to springing a completely unexpected, unforeshadowed bad guy on the audience; pretty much their tradition since Apocalymon!

Quartzmon's origins are unclear, but whatever it once was is probably no longer recognizable anyway; it uses digifusion as a mechanism of permanently absorbing and controlling other digimon, with an ultimate goal of fusing with the entire world itself! It even already manifests a planet-like form, though its true body is a ghastly, rubbery humanoid entity that usually protrudes from the globe's surface: Like the D-Reaper a whole three or four series ago, this design is an obvious take off from Evangelion angels, with a disturbingly fleshy body and multi-eyed, golden mask. The blocky seam along its middle is also, of course, Quartzmon's actual mouth, making the "mask" or "head" more of an eye stalk, anatomically! A very nice, gangly boogieman all around that doesn't look like your usual digimon, but that's just what makes it such a good look for an ultimate foe.