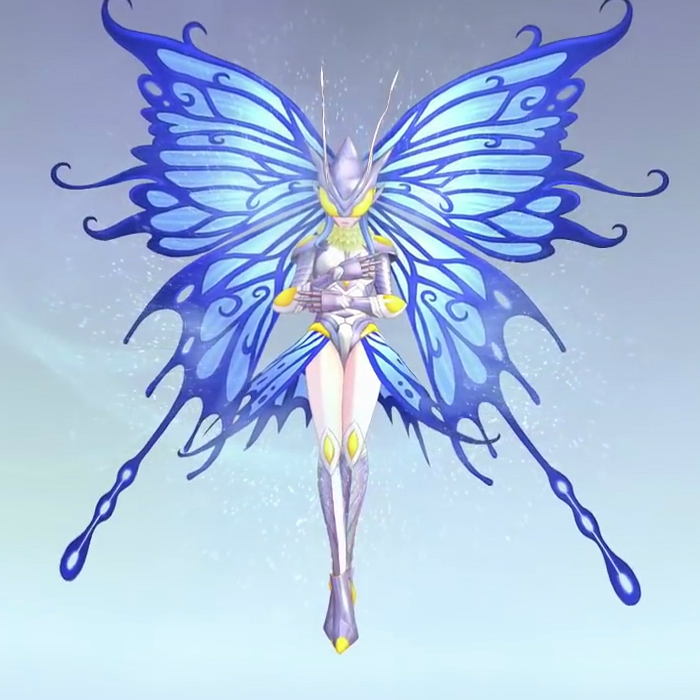 This page was originally for Jupitermon, but then I was reminded that Jupitermon evolves from Aegiochusmon, so I folded him into yesterday's review and could devote this one to something at least a little more interesting. Introduced in the game Hacker's Memory, Hudiemon is basically the Angewomon of the insect type, which took a lot longer to happen than you would have thought, and the first fully butterfly-themed digimon. There's not a whole lot I can say about her except that she is reasonably cool looking with her insect-face helmet head, though she feels like she should have been an Ultimate stage. Instead, she's just an Adult digimon that can evolve straight from Wormmon. At least that gives the little caterpillar a Lepidopteran form, but this was REALLY begging for a suitable Perfect and Ultimate, too, perhaps even going from a humanoid to some beautiful and terrifying mothra-like beast?? Please???