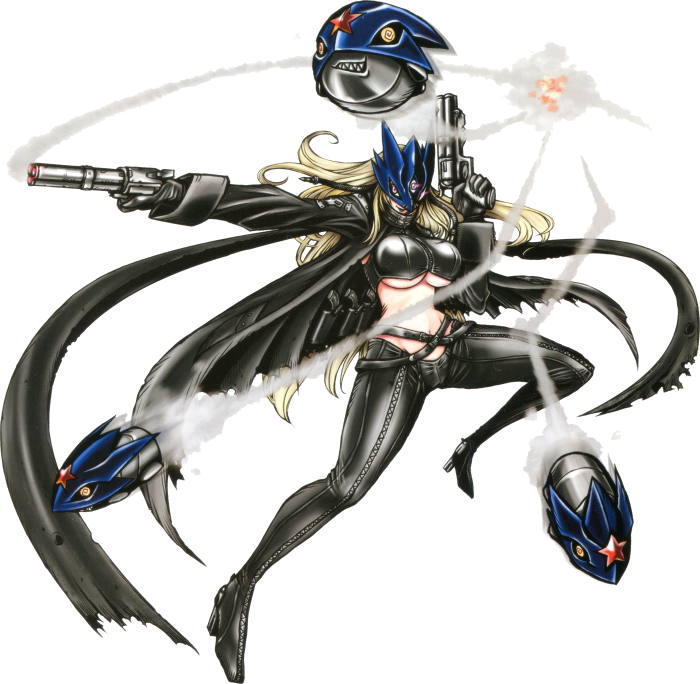 Damn it, I was just saying there are way too many cheesecakey white digimon ladies, but I guess I was also saying that they're better the more demonical they are, and they just had to go and base one on the ultra rad Beelzebumon. Yeah, Ladybeelzewomon is under-dressed in a glaringly vulnerable area for the sole purpose of sexy pandering, and like Angewomon she tones down some of her counterparts monster-like aspects which SUUUUUUCKS, but as usual for any demon or devil digimon, there's no ignoring a level of badassery on display, and she's still got just enough of what made Beelzebumon cool, namely being a biker triclops with guns.

She also boasts seemingly sentient ammunition known as the "fly bullets," which may look disappointingly nothing like flies, but that's still one more reference to the actual Beelzebub than her predecessor can claim!

She has additional guns in her high heels, which is quite possibly because Bayonetta came out a couple of years prior. Her personality, meanwhile, is almost the polar opposite of Beelzebumon: rather than a dark, brooding loner, she's exceedingly outgoing, friendly and protective of everyone she meets!

If you're still not convinced that Bayoneelzettamon is a cool and not dumb idea, here's this painting by her character designer that just screams "gritty 90's indie comic book:" 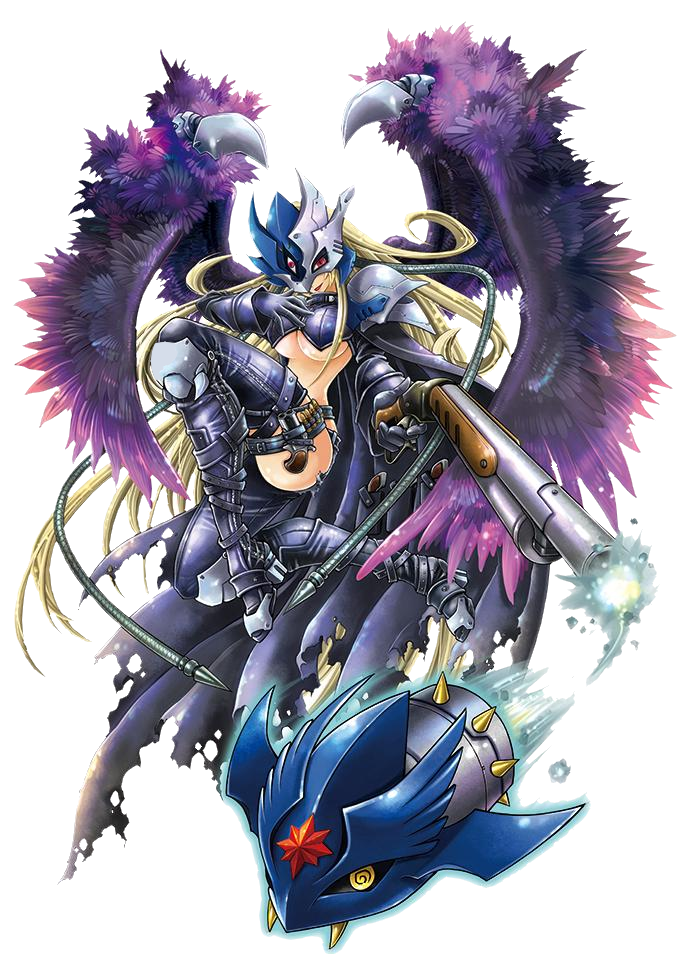 If you were missing Beelzebumon's spooky black wings, they've also more recently made an X-antibody version of Beelstarmon. Maybe it's showing a wee bit more naked ass than a digimon should have to, but damn if that three-eyed mask didn't get fourteen times cooler.