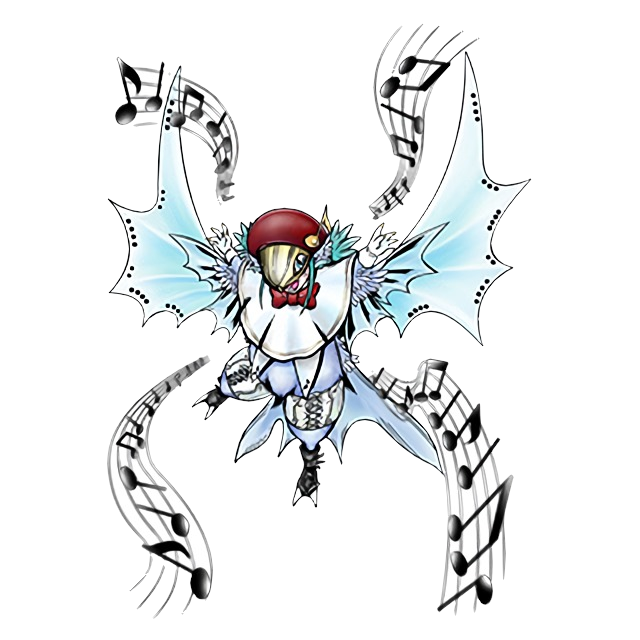 What a fun design! "Sirens" are thought of by most modern media as basically mer-women, but the original mythical siren was a giant bird with only the head of a human woman. Sirenmon actually blends the two together, using fishy fins to make a bird-like shape, and finally uses that Phantom of the Paradise helmet on a MUSICAL digital monster! How did that even take so dang long?! The official artwork makes it easy to miss that Sirenmon does in fact have humanlike arms, which I think detracts a little from a design I originally read as only having fin-wings for arms, but it doesn't detract too much. It's still a heck of a lot more unique and original than almost any other "siren" I've ever seen, and maybe one of the coolest of the humanlike mythological digimon. As "seductive" monsters, the majority of sirens in popular culture are designed for sex appeal, but this is ironically one of the few times Digimon didn't take advantage of the excuse. It's just a shame it's only a perfect stage, and has no evolutions that preserve or expand upon its motif. It's been a while since we've run into that issue, with the Xros wars digimon having no particular stages. 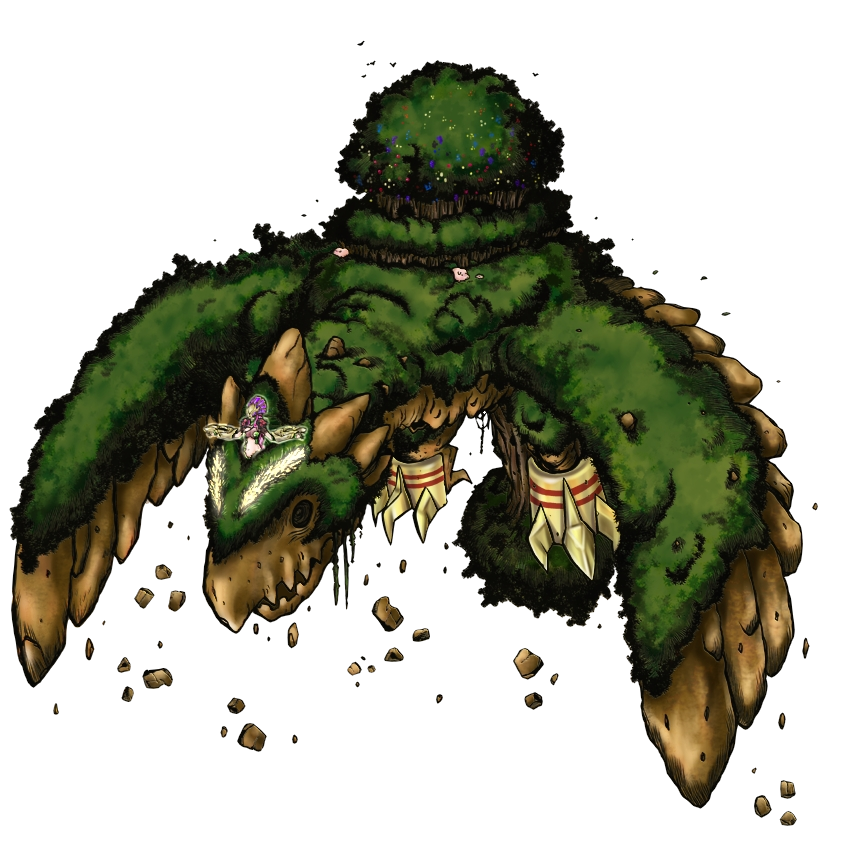 Sirenmon's ACTUAL evolution is in fact so different that I was going to review it on its own page, but I guess if I included Jupitermon and Junomon with Aegiomon, I really don't have a good reason to do that. But, hey, a nonhumanoid Olymposmon! At least, usually nonhumanoid. Ceres was the beautiful Roman goddess of agriculture, and digimon still couldn't pass up the excuse to portray another busty lady this time. You spotted her, right? The growth sticking out of this gargantuan dirt-bird's skull? I gotta admit I'm a fan of humanlike beings who just kind of protrude from big monster bodies, classic Devilman fare, and that is a RAD big monster body considering it's not even one of the darker digimon. It's just a bird that is also a forest, and it really looks boss as heck! In fact, even the booby lady part of Ceresmon looks a lot cooler than most, even if I wish she didn't have the ability to leave her dirt-bird . That sort of bug-like, sort of flower-likehelmet just looks too neat!