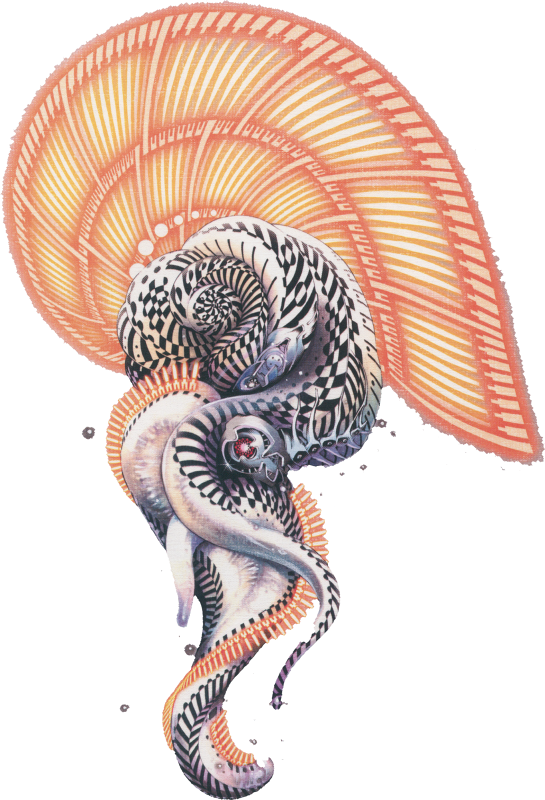 Holy moley, THIS is a design from a Digimon title?! Yes, we've got another surreal, disturbing non-digimon threat to review, this time Digimon Story: Cyber Sleuth, a game aimed at more mature audiences than a lot of older Digimon titles. The story revolves heavily around "Cyberspace EDEN," a new technology that allows humans to interact with one another by manifesting in digital space. In other words, the digimon world is finally hacked and utilized by humans as a next-level internet.

Some EDEN users, however, contract a mysterious disease that leaves their bodies comatose, and the cause turns out to be mysterious entities dubbed EATERS for their habit of literally consuming human mental data!

The basic Eater is described as being like an "amoeba," but there's obviously a lot more going on here than just a formless blob. It's so gorgeously convoluted and unreal, especially with the patterns inspired by Dazzle Camouflage. The orange halo on top isn't really part of its design, usually, but it's present in the official art book, so I kept it. I like it. 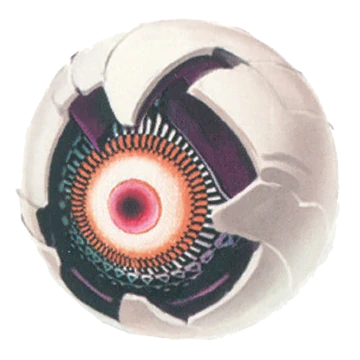 How cute! The smallest Eater is still pretty big, around the size of a beach ball, and just one big digital eyeball whose outer casing can fold open and shut like some kind of weird flower bud, or maybe like a hatching egg. I can't find much else about it, but anything with a floating eye aesthetic is good in my book. 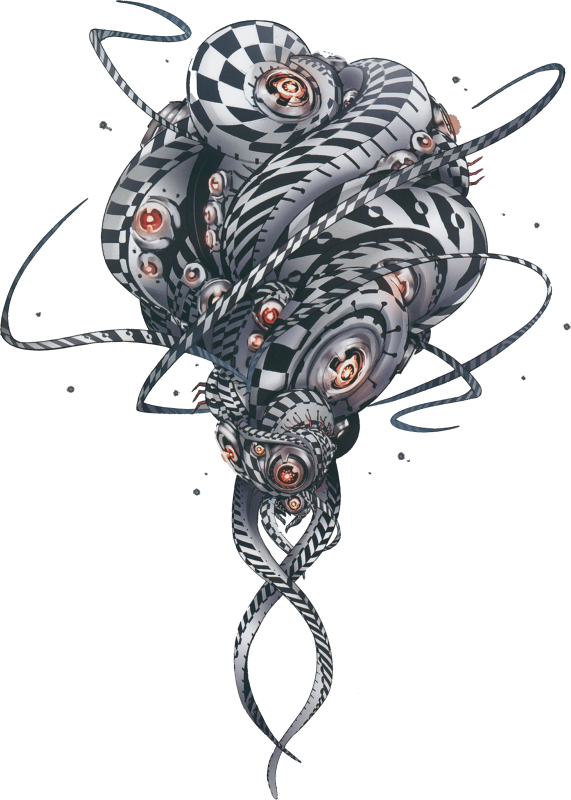 The legion is kind of just a whirling clump of regular eaters, so it just kind of gets the same rating, really, but I do love the effect of this simple concept. It's just so beautifully illustrated! 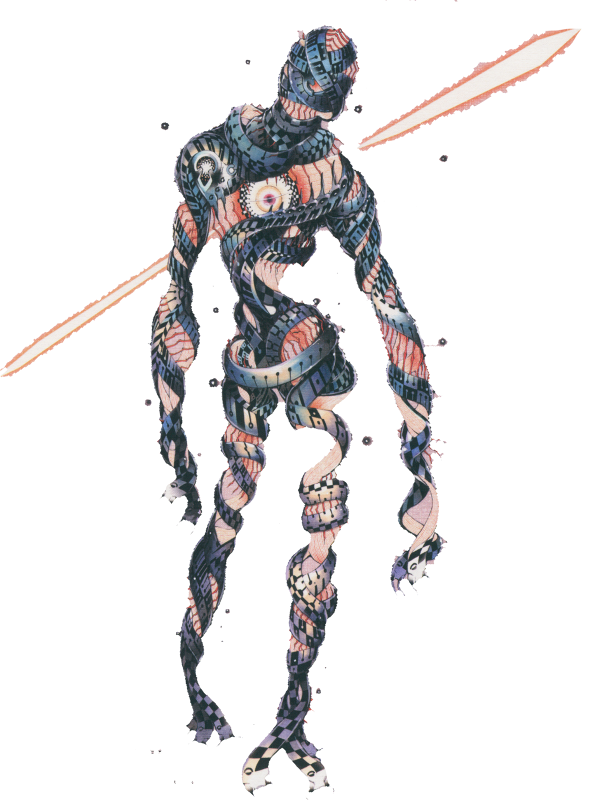 After eating enough digitized human brains, an Eatern can apparently take on a humanlike shape, though it's really formed from a bunch of centipede-like ribbon creatures all coiled together, resulting in a really awesome look like an empty, unraveling "mummy." You'll also notice the eerie eye or nucleus (or both?) situated in its chest rather than in its head!

I haven't played these games and there's not a lot of information online about these guys, but I know this is the fusion of an Eater with a specific character. It's probably the least interesting Eater design, but one of them has to be. The face, or lack thereof, is still quite creepy and distinct with what appears to be an eye where there ought to be a mouth, and nothing but a twisting nest of tentacles where there ought to be anything else. 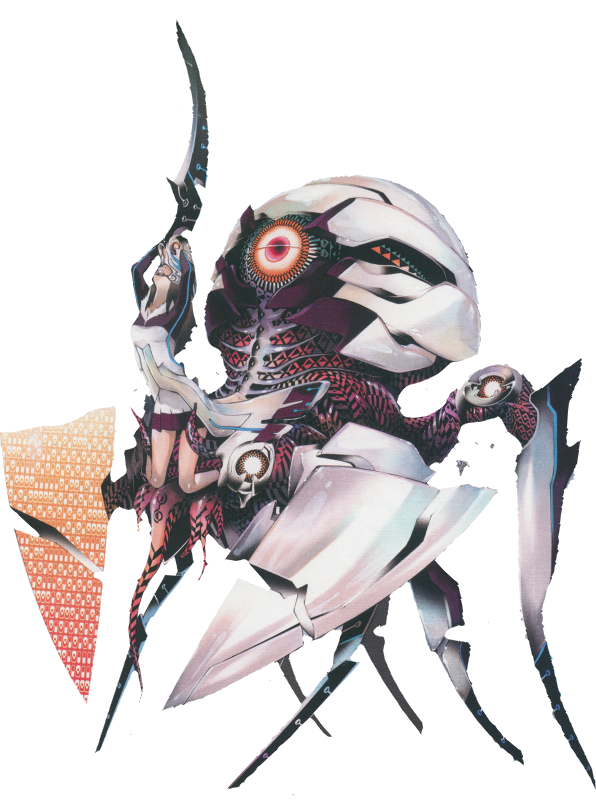 Okay...you know I don't have any problem with sexual content in itself, but if Eater Adam and in fact EVERY other Eater is a full blown monster, why is Eater Eve, another Eater/Human fusion, literally just the human part of it in kinky cyborg bug bondage? She even has a gag in her mouth for pete's sake.

Really, guys? Even in front of pure, sweet little Omegamon?!

RATING FOR THE BUG MONSTER PART: 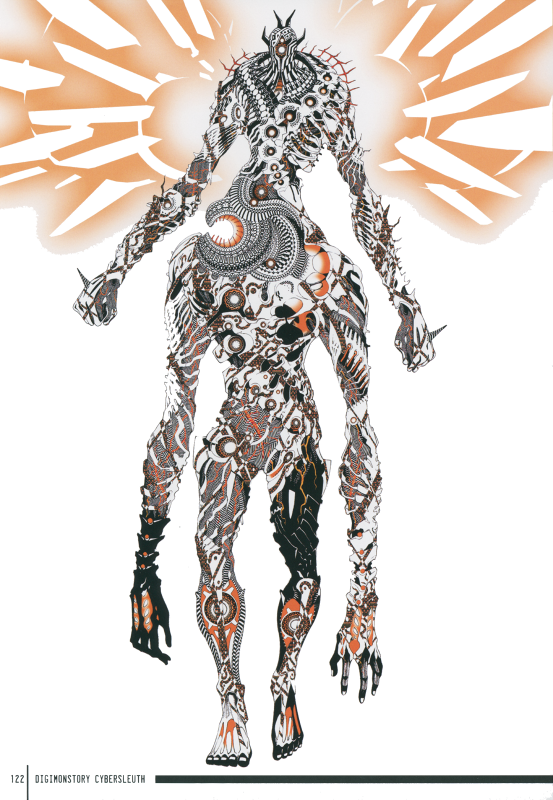 MUCH more horrific looking, the Mother is basically just a long-armed humanoid with another humanoid torso for a head, but the details within that silhouette are so convoluted, dreamlike and menacing with a very eerie little one-eyed face, and a halo of sunbeam-like "wings" for good measure. Not as interesting as the more unusually shaped Eaters, but still, very cool. 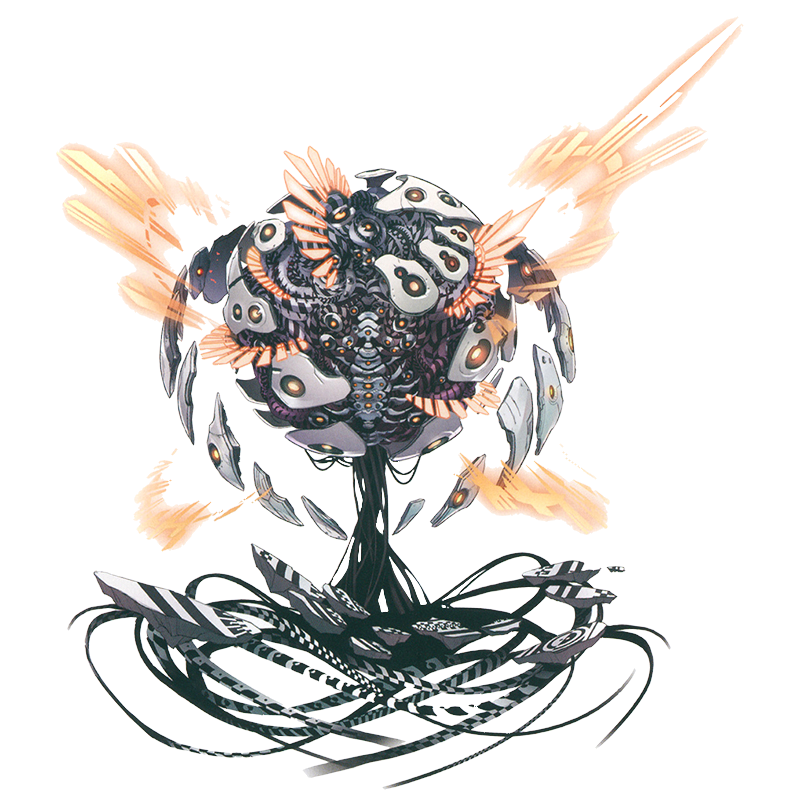 The final boss and ultimate Eater form, Eden is like a central "world tree" integrated with the entire Eden Cyberspace, manifesting as a metallic orb until it bursts open to reveal its churning, writhing Eater-guts!

By the end of the game, we find out (spoiler warning) that the Eaters are actually higher-dimensional beings who exist to collect data about the universe and feed it back to some other, still greater entity. Actually resembling masses of pure light, they're hypothesized to have been responsible for various UFO's, angels, spirits and other phenomenon throughout human history, and all this business of invading cyberspace to devour our electronic thoughts seems to be pure accident.

From the sound of it, the same technology allowing human minds to manifest "bodies" in Cyberspace Eden was just barely able to give incomplete, highly unstable form to these more alien minds, who essentially went mad in a state they found just as incomprehensible as we found them in turn. Or something. I don't know if I'm getting that right at all, but it sure sounds neat!