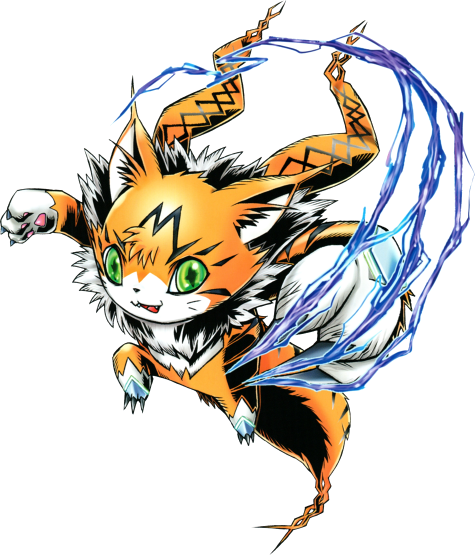 Today's digimon is central to the storyline of Digimon Adventure Tri, a third season to Digimon Adventure that aired in the 2010's. I've never watched it, and from a lot of reviews I've heard, I don't think I'd really care that much for it either way, but Meicoomon IS pretty interesting. She's the digimon of a mysterious ninth addition to the digidestined cast, which many fans hated for feeling like a "self insert" or "mary sue." These are dumb complaints to begin with, since those tropes aren't really as bad as people like to rag on, but there's also a compelling reason for them in Tri.

Like the similar Gatomon/Tailmon, Meicoomon is an Adult stage digimon who just happens to look a lot more like a child stage. It's alright. 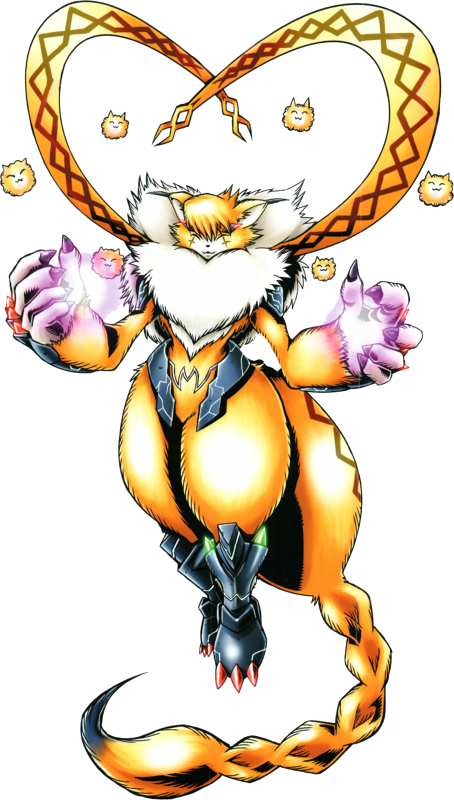 Meicoomon's first evolution wasn't very well received in some circles either, accused of being "furry bait" and fishing for the same appeal as Renamon. However, I find it interesting that her fur forms a stinging scorpion tail, the first sign that there's a more sinister streak to this digimon. 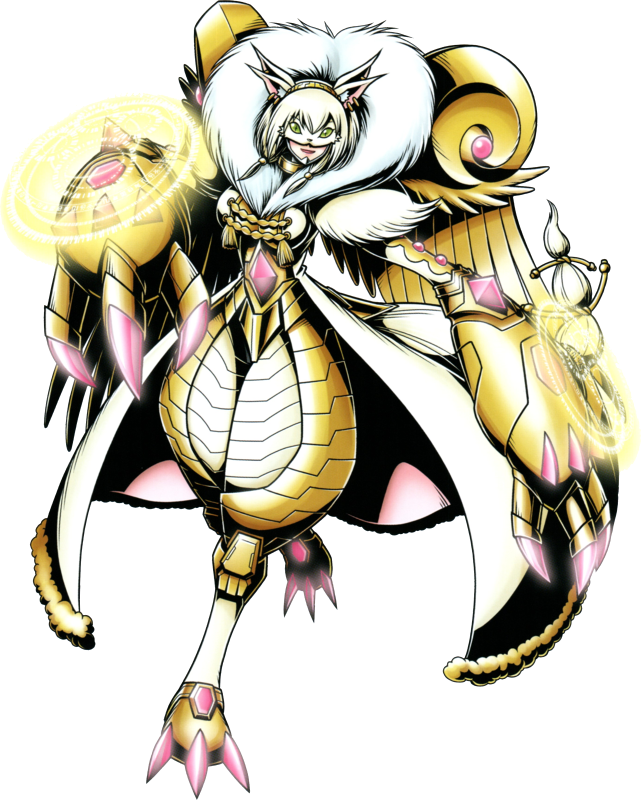 The direct evolution of Meicrackmon is this angelic, four-eared cat woman that's designed fairly nicely for what it is, but I wouldn't find it nearly as memorable if the fact wasn't so creepy, resembling a human wearing a weirdly realistic half-mask of a cat. That's a pretty freaky effect! 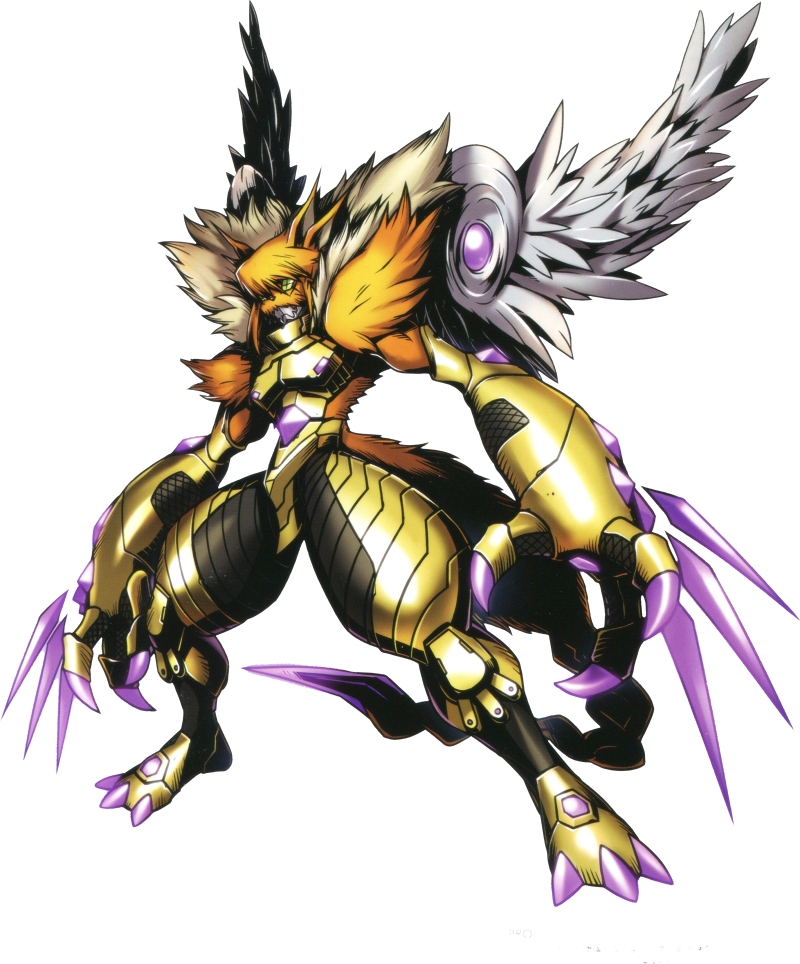 If Meicrackmon's "vicious mode" evolves, you instead get this "fallen angel" cat digimon, which is said to slaughter other angel digimon in order to prevent the creation of more fallen angels and demons. It has a lot of interesting differences from Rasielmon, such as a more armored torso and lss humanlike face, its chin and mouth almost more like a jagged-toothed robot. Cool eyes, too!

SPOILER, but this series eventually hints that Meicoomon is possibly a reincarnation of Apocalymon, which is actually just kind of sad and adorable to think about. Some piece of Apocalymon wanted that badly to be loved, I guess, and became its own self-insert fan character to join the same heroes who originally destroyed it...but it all went terribly awry. 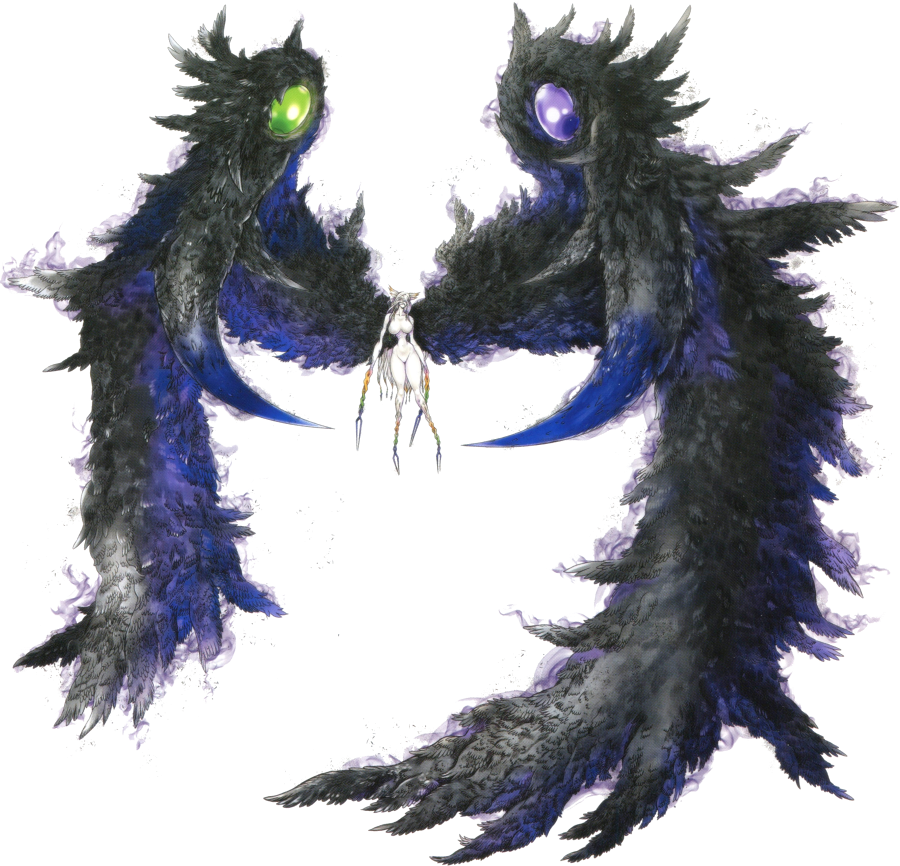 I originally reviewed this allllllll the way back in Gatomon's review, but at the time, I wasn't sure I'd actually attempt to review every digimon, so I wasn't sure I'd ever get around to reviewing the Meicoomon line. But here we are, so I've transplanted Ordinemon to where she belongs.

This magnificent abomination is what happens when Raguelmon fuses into Ophanimon's Falldown Mode, which is of course an evolution of Angewomon, the digimon this line already kind of wanted to be when it took a form like Meicoomon in the first place. Here's how that fusion went down in the anime. Seriously, what is this, a Bloodborne boss? Between the shark mouth, the lack of eyes, the tentacle hair, the DNA-strand feet and the giant, soulless crystal-ball eyes embedded in the titanic black wings that are also her legs, this is quite simply one of the coolest freaking things I have ever seen. So cool, it was originally my first use of my "favorite digimon" rating when I started these reviews.