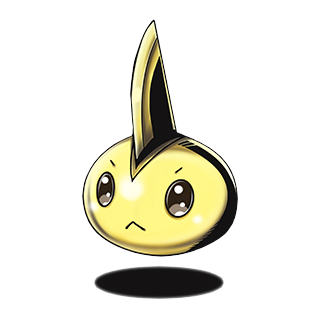 Sure been a while since we've been able to start on a Baby I stage! I understand why they don't feel the need to make too many of them, especially when some of them end up so redundant; this one looks a whole lot like a more simplified version of others we've seen in the past, just a round little blob-head with a single big horn.

It does have the cute lore that it doesn't balance very well, ends up rolling around in random directions and sends other digimon fleeing from the sharp blade. 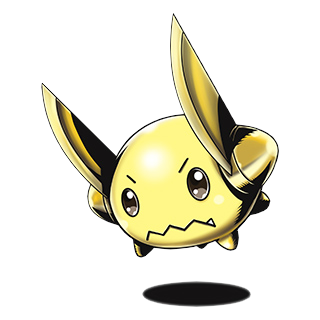 The second stage stabilizes itself with a blade on either side of the head, but now that it can run, it gets itself stuck in objects! Sounds like those things actually ARE menacingly sharp, even on a Baby stage. 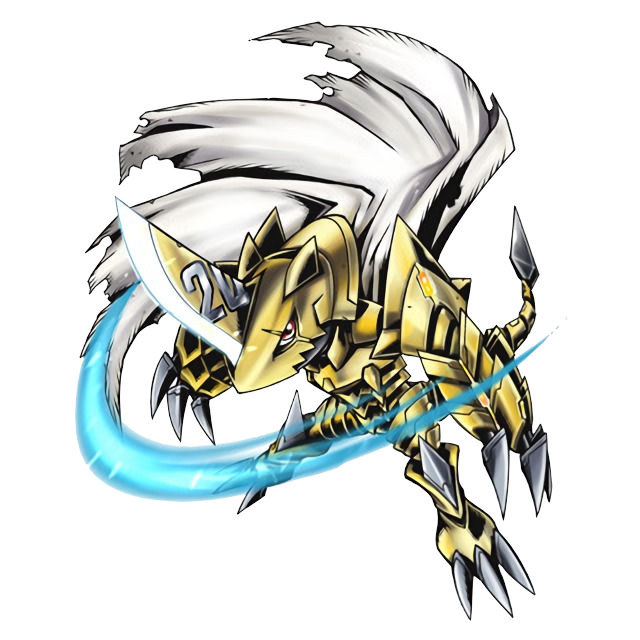 This is another of the "Legend Arms" digimon who can transform themselves into weapons. If you forgot those, I don't blame you, since thers' only ever been a couple of them. Zubamon can transform into a sword, and it "is constantly seeking sharpness," not just literally but in the figurative sense of wittiness, supposedly cracking a lot of jokes during battle.

You'll notice a "20" on Zubamon's blade, too. That's because Zubamon was released for Digimon's 20th anniversary! Its profile lets us know that it is VERY PROUD of carrying "the Twentiest data" and is always shouting "I AM THE TWENTIEST!"...but it doesn't have any idea what that means, and doesn't seem to care. This is the cutest thing I've heard all day, and it makes me like an otherwise kind of ordinary digimon design significantly more than I would have. 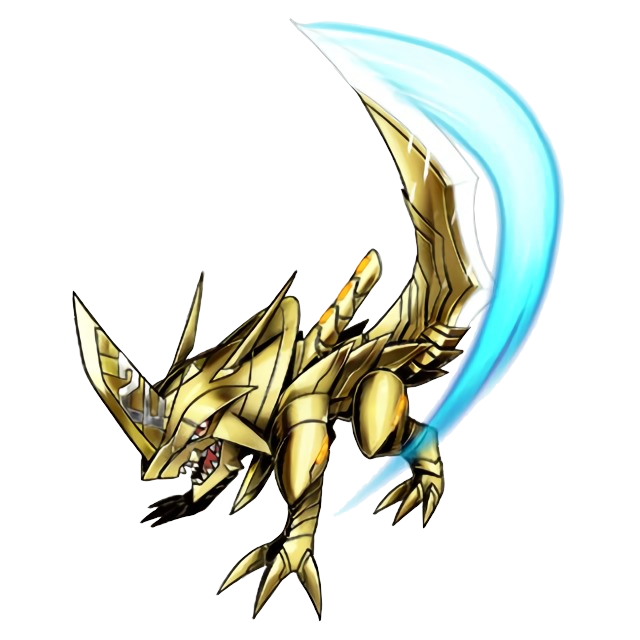 The more quadrupedal, even more armor-covered Adult stage now carries the motto "I, who am Twentiest, will never halt! I'm going to keep running forth!"...and its signature move, "Road T(w)o Decade" consists of stabbing its blade into the enemy's chest while it screams "TWENTIESTTTT!!" This is in fact how the official bio spells both the move name and the battle cry.

It's not a bad design either, really pretty slick! 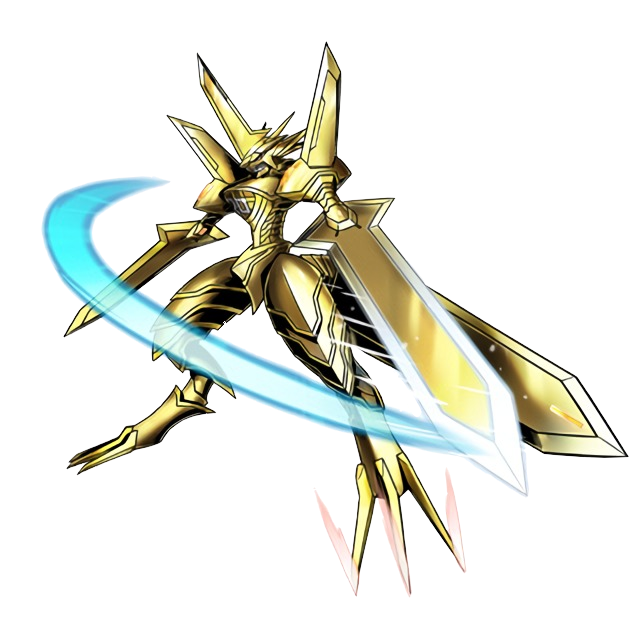 The predictable humanoid evolution isn't as cute, but it's also not too bad. In addition to its blades, it now has a slicing energy beam it fires from its chest, and uses of course to carve a giant "20" into its enemies. 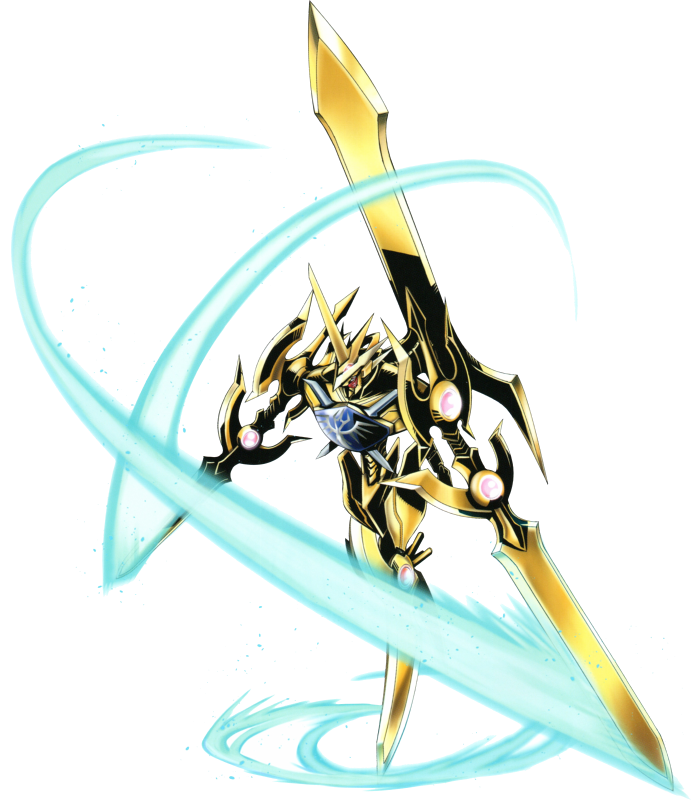 The final form is as dramatic as we've come to expect, but nicer looking than Duramon with a lot of curvier shapes. If you're having trouble parsing it, here's official conceptual art: Not only does this show off Durandamon's cool streamlining and waspy body proportions, but we can see that its real eyes are hidden in what at first might come across as the mouth of its helmet-like head, which is always a delight! This is one metallic, knight-like humanoid digimon I actually like a lot! It's just pretty!

Also, its profile says it honed its swordfighting skills by closely studying data from "mythology and video games." DORK!!!