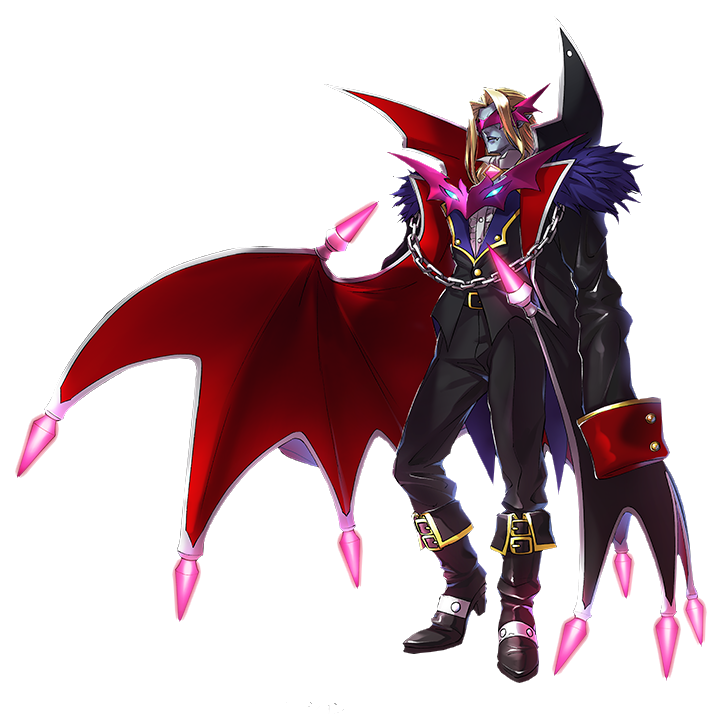 MAN, these 2019 X-forms really are the most concentrated Halloweenery we ever could have possibly gotten out of Digimon, aren't they?! Thanks for the birthday present, Bandai!

Vamdemon X might not look all that special at first glance, but look closer. Have you spotted anything peculiar, yet? Did you notice he doesn't have eyes on his human face anymore? Did you notice there aren't any hands coming out of his sleeves??

Straight from the mouth of his official profile, the face and body of Vamdemon X are "artificial." Yes, apparently even for a creature already made out of computer data. That is to say, the body is a "dummy" devoid of any consciousness, and the CAPE is the digimon! THE CAPE!!! OH MY GOD!! IT'S A CLOAKER!

...It's also a concept I literally thought of for my own monster setting well before I found out about this digimon, but, whatever, we just established with the cloaker that it already wasn't totally original.

Apparently, Vamdemon X drains blood through the glowing nails on its cape-body, but its ultimate attack is called "Vampire Theory," which I am quite certain is the absolute best name they could have possibly given its ability to wrap you up and turn YOU into a bat.