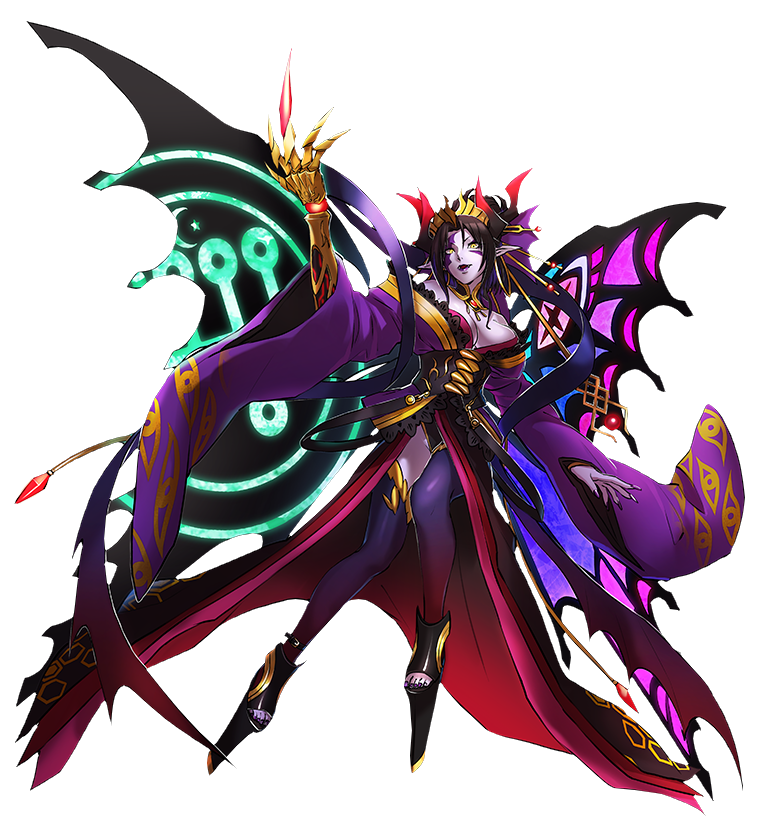 Wow, is she just flipping us all off? Lilithmon's obsession with her own beauty is said to have influenced her X-antibody form, making her appear even more youthful and giving her those psychedelic butterfly wings. The description also says that "upon having achieved ultimate beauty, Lilithmon became a luscious, baleful goddess of death due to its tolerant broad-mindedness." I have no idea what that means. Maybe it's a translation problem. She feels like she's pretty enough, so she's really...open minded? And that's why she's....death??

I don't know. What I do know is that I love how one wing has her symbol only partially emblazoned on it, as if it were cut from a large flag or banner, while the other looks like some sort of pink and black stained glass. The gold-fanged corset is also a really nice touch. It's basically Lilithmon with wings and a different outfit, but it definitely looks a bit cooler than she used to, so every reason I originally gave Lilithmon a 5/5 still stands, except that I like this color scheme even more. A LOT more, actually. It's extreme, but it might be the most gorgeous outfit worn by any humanoid digimon yet, with just fantastic interplay between cooler and warmer colors. It feels like that's been going on with a lot of these X-antibody demon lords, like Leviamon back there. They're all ready for the rave I guess.