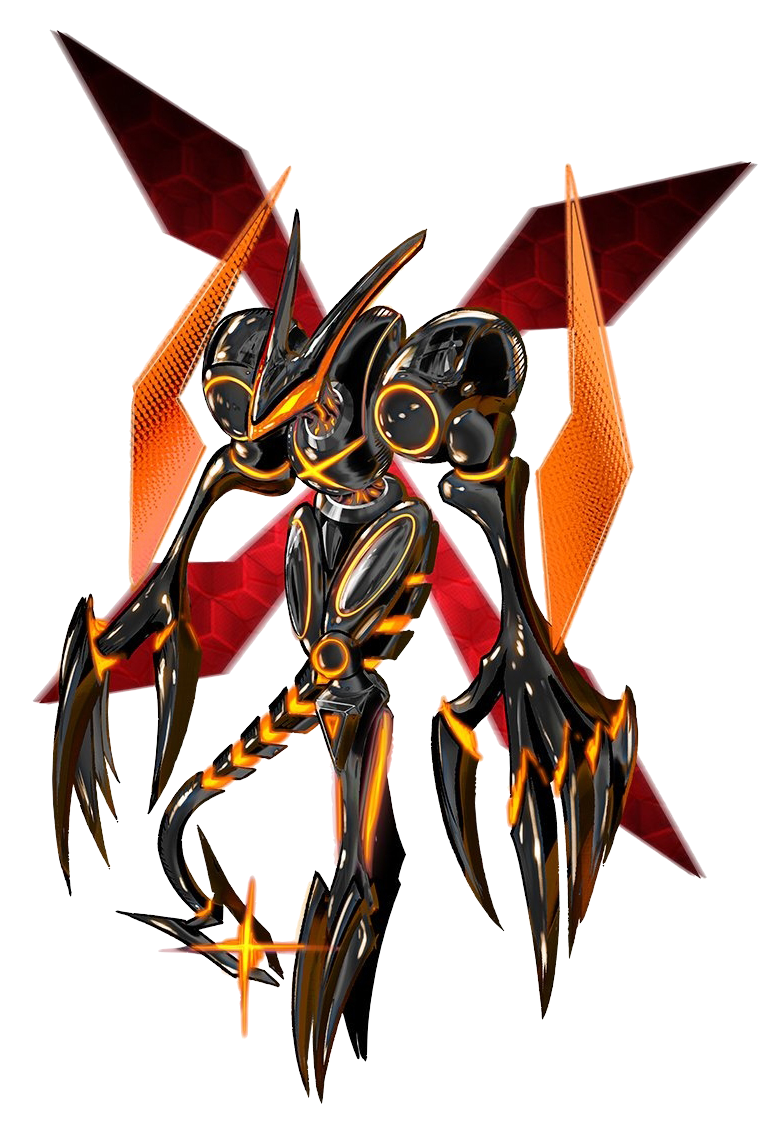 Another late X-evolution to talk about was one released for Cyberdramon, a digimon that strangely already has two different designs in its standard form, and both of them awesome in entirely different ways, which rings true for the X-form as well: it looks nothing like either take on Cyberdramon Classic, but still looks just as radical and alien as both of them. The way a single visor constitutes all of its facial features and extends into its "ears" or "horns" is very cool looking, and it interesting carries a "wasp" motif with its four hexagon-patterned wings and the glowing, yellow-orange seams and segments in its slick, black surface. All three Cyberdramons have such a cool biomechanical look to them, and so stylishly varied, I really just wish they represented the Adult, Perfect and Ultimate stages of a single line!

There are a few more X-forms released around this time - including some that Cyberdramon can evolve into - but I made a decision to no longer go for 100% completion with these reviews, or at least not "keep up" 1:1 with new releases. Maybe I'll get around to guys like Justimon X in the future, but starting with our next review, we dive into more entirely new species!