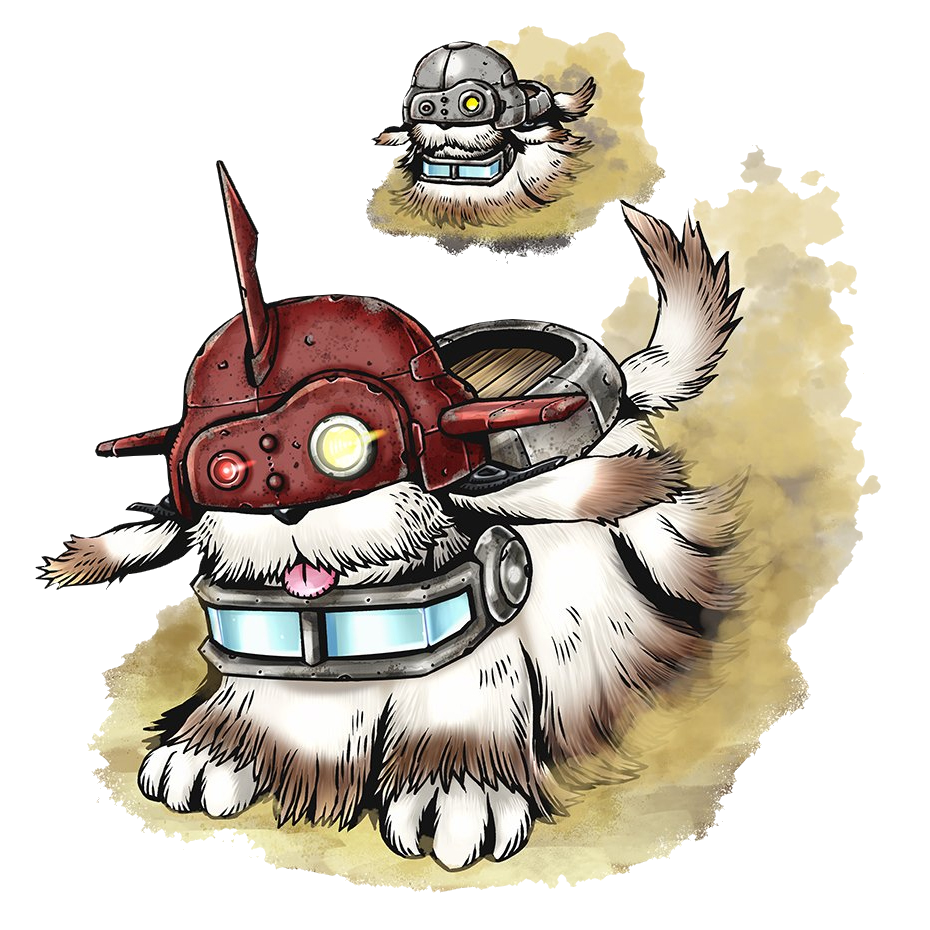 This adult stage is from the same v-pet as yesterday's beaver digimon, but as we mentioned, Junkmon most directly evolves into minotaurmon. Komondomon here feels like it would have made a little more sense as Junkmon's adult, but perhaps only marginally, because it really doesn't fit quite right as an adult stage for any other digimon. It's a giant, shaggy dog with a deck on its back, like a boat, and a grungy cybernetic helmet with a rounded, almost organic feel to it that reminds me of the artist Moebius, who inspired the visual style of Miyazaki's Nausicaa. Little if anything in the Digimon world shares this particular aesthetic, and there aren't even any canine digimon that fit with this kind of big moppy breed, either. It definitely feels like it was designed to be a one-off residing somewhere outside normal digimon evolution, as it's also a digimon that abhors actually battling, which means under natural circumstances it wouldn't typically evolve any further if it could help it. It's just a big, friendly goof that likes to act as transportation to other creatures! Its attacks are used strictly in self defense, and its main one, "Howling Wiper," is described as "leaning over those who attack it and scrubbing them with its shaggy hair." Like a giant car wash I guess. I genuinely have no idea what they were going for with this concept, but, it's undeniably cute and original.