We've seen some pretty sweet new Digimon this week, but what I'm really delighted by is that so many of the new "Pendulum Z" additions hearken straight back to Digimon's "original" art style - all those grisly, edgy 90's details I mourned through all those countless reviews of shinier, cleaner humanoids, and today's Digimon is our first example of this glorious return to style! 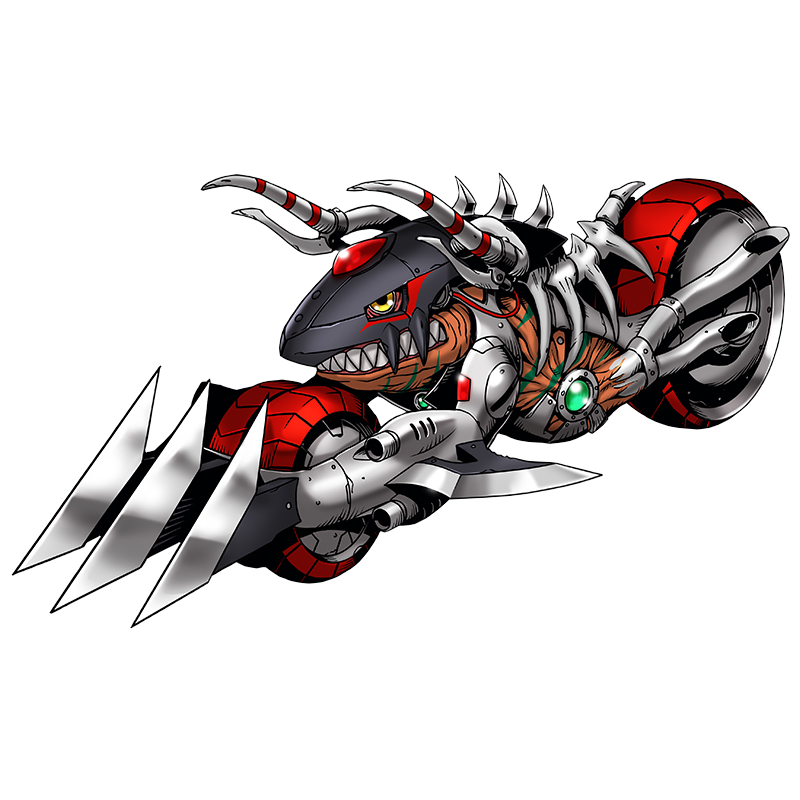 With its cybernetic helmet, shark-like face, external bones, battle-worn appearance and gruesome, mutant flesh, Machmon is an authentic 90's Digimon through and through, an adult stage cyborg type "that yearns for speed!" It considers anything moving at high speed to be a potential rival, and forms wild packs out in the desert with a presumably speed-based hierarchy! It was introduced in the same v-pet, Metal Empire Z, as Junkmon from the other day, but it's still not one of Junkmon's "direct" evolutions. Inexplicably, Machmon's own immediate evolution is Loaderleomon, so we go from a shark motorbike to a cybernetic lion. The same v-pet has Locomon, which I think might have made a bit more sense there, as well as another wheeled Digimon that we'll be reviewing next.

I think the most compelling detail given about this Digimon, however, is that it's said to desire a worthy master, i.e. rider, but "nobody wants to ride it" because it doesn't have a seat.

I don't know...there's gotta be plenty of rugged freaks out there who'd sit directly on all those bones and knives, right? It's just a noble, untamed beast whose loyalty goeth to the mightiest crotch in the land, that's all. Who knows, maybe you have the worthiest ass in the digital world?!