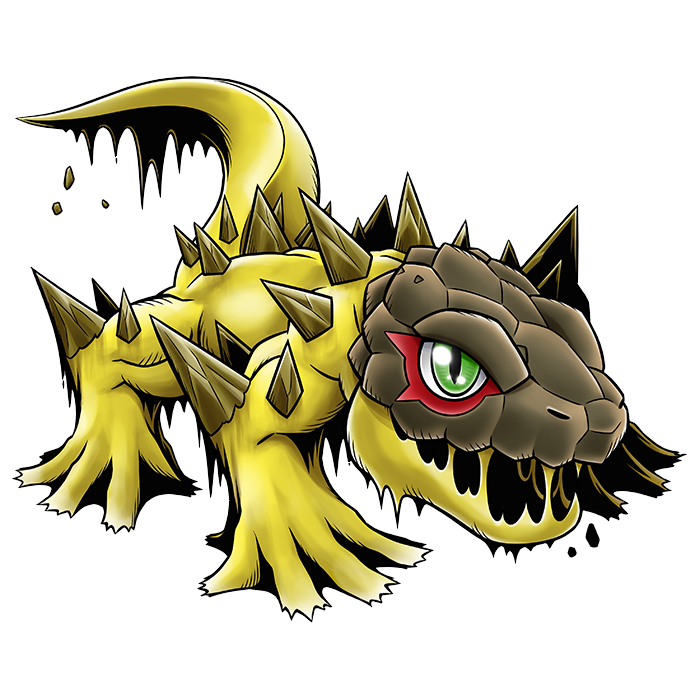 We've looked at more "isolated" Digimon for the last few reviews, but now we're going to be seeing a few more with clear-cut evolutionary lines! I was almost going to call this newcomer a classic, "typical" child Digimon, but then I realized...we have NEVER had a child stage Digimon lizard. We've had other reptiles, yes, including plenty of nonavian dinosaurs, but never have we just had a simple four-footed lizard, have we?? I think this little pal is wholly worthy of that milestone, too. Not only is it a satisfyingly straightforward, scurrying squamate for all your scurrying squamate needs, but you'll also notice that its body is made out of sand and its scaly face is made out of rock, so it's also a really neat little "desert elemental" lizard! There's another reason this reptile is made out of sand and rock, however, beyond just the desert/reptile association:

While Golemon could already evolve from the rocky Gotsumon, Sunarizamon can evolve directly to Golemon in the new Pendulum Z pets, and not only shares more in common with it stylistically, but the progression of sandy lizard to rocky humanoid feels much more imaginative! 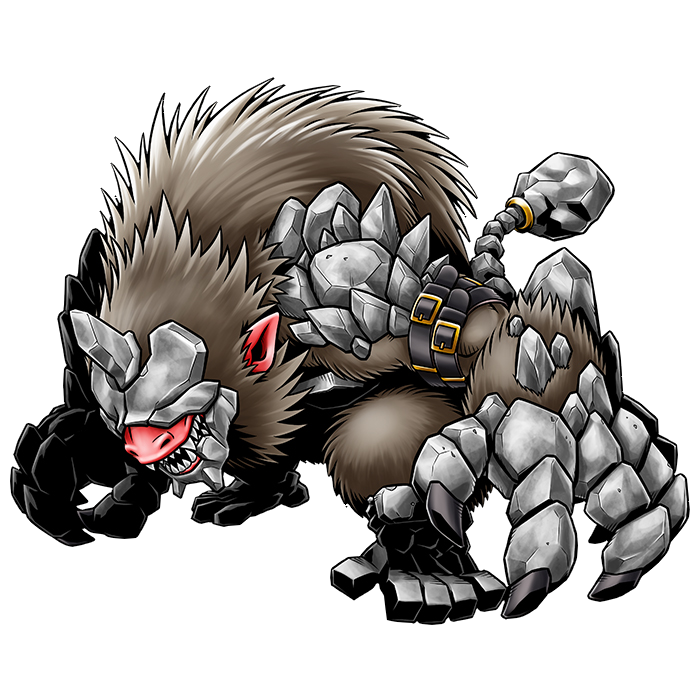 Golemon isn't the only option for this Digimon, either; another is a brand new species that also evolves from a couple other Digimon already, but the only thing it really has in common with any of them are the rocky growths it shares as a motif with Sunarizamon. Otherwise, this Digimon is a hulking, shaggy, thoroughly frightening baboon with stone-encrusted claws, and I LOVE the rocky plates on its face that completely hide any eyes, but expose its hairless, bright pink muzzle. This is an incredibly menacing primate, and primates are all pretty menacing as it is! 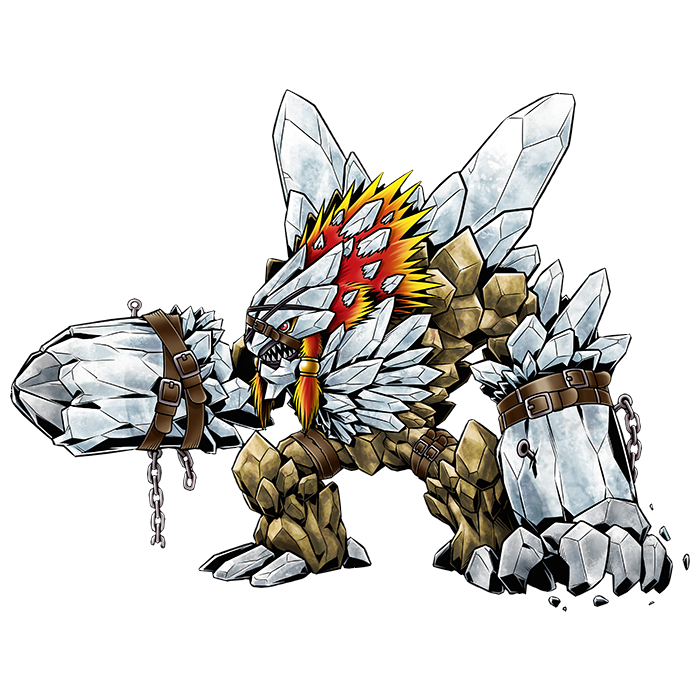 ...Both Baboongamon and Golemon can also evolve into this new Digimon, and word of god says it was designed specifically as a perfect stage for Golemon, but we can also clearly see several elements it shares with the new Baboon including a beastly face, spikier stones and a ruff of fur. Its go-to Ultimate stage in its debut is then Ancientvolcamon, and I'd say it makes a reasonably smooth transition from where we started; sand lizard, rock monster, diamond monster, lava guy!

That's another really cool thing about the Pendulum Z Digimon: all through these Digimon reviews, we've constantly had to talk about the conceptual and aesthetic "gaps" in so many Digimon evolution chains, so many designs "orphaned" with nothing similar enough to evolve from or evolve into, but a great deal of creatures they've just added are actually, finally, deliberately conceived of to address this and flesh out as many family trees as they could in one release! Sunarizamon even makes a perfect child stage for obscurities like Salamandamon and any of the four-footed dinosaur Digimon, Baboongamon fits between all sorts of mammaloids, humanoids and mineraloids, and while this particular virtual pet featured Ancientvolcamon, there are still other geological Ultimates that might appreciate the existence of Gogmamon!