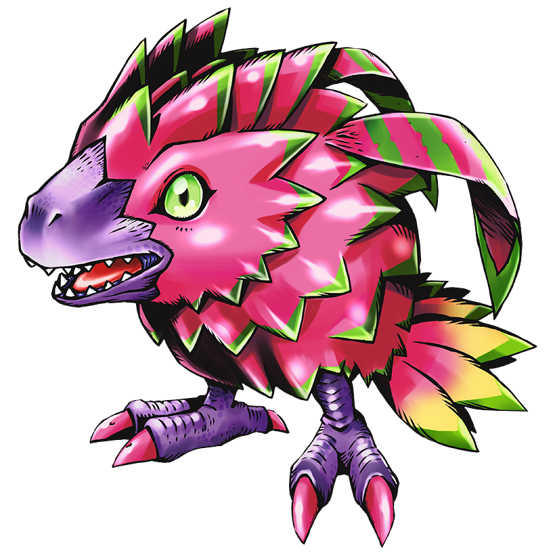 CHILD: POMUMON
What a lovely new plant Digimon! It feels like a long time since we've had a plant-based child stage, doesn't it? I think? Pomumon is styled like a dragon fruit, but with clawed bird feet and a proportionately rather large face resembling that of a feathered dinosaur! The two flimsy growths on the back are wings, but the description admits it can't fly very well and prefers to run along the ground. Adorable! It also says that because most of its body is a delicious fruit, it's actually terrorized by bird and insect Digimon. Oh no!!

Overall, a perfect new Digimon partner for anyone who loves slightly more accurate dinosaurs, fruit creatures or both. 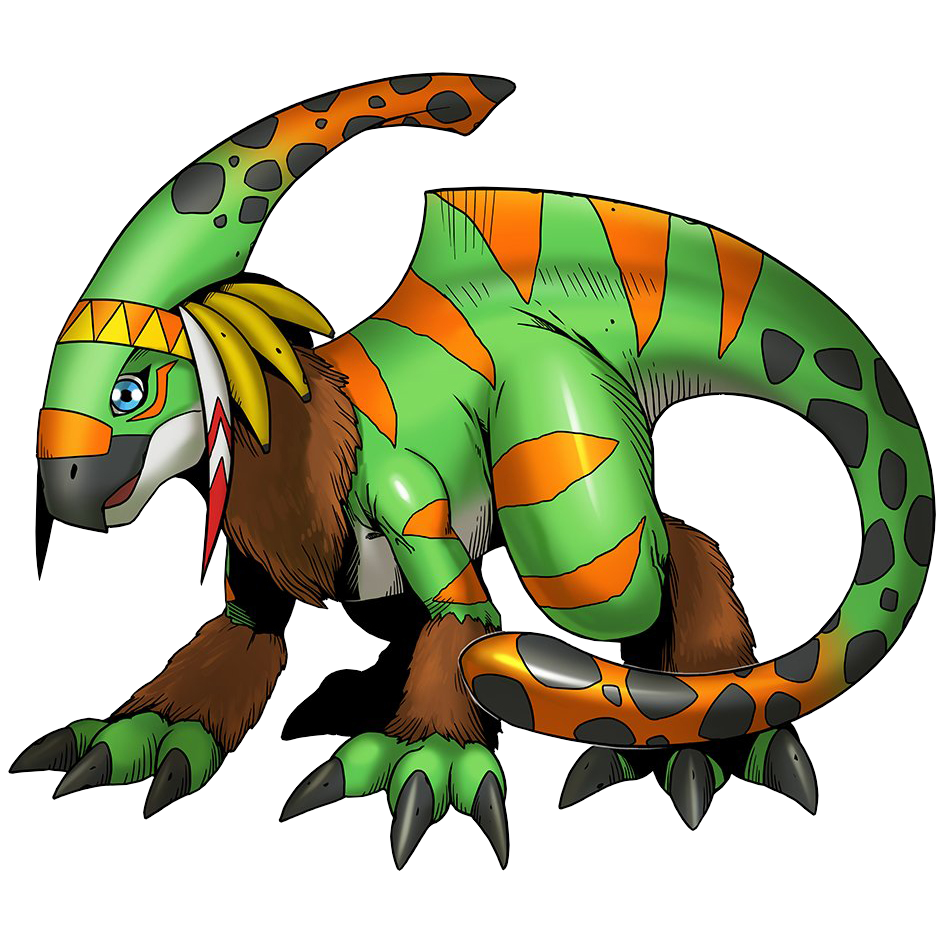 Okay, hold on, Pokemon already did a green plant-based dinosaur with some bananas growing out of its head! This is just somebody's fan prevo of Tropius. I suppose it's interesting that this is a parasaurolophus with some wild, tropical colors and the face of a green parrot, though. If you're another dinosaur fan, you've got a new option that finally isn't yet another theropod or sauropod. 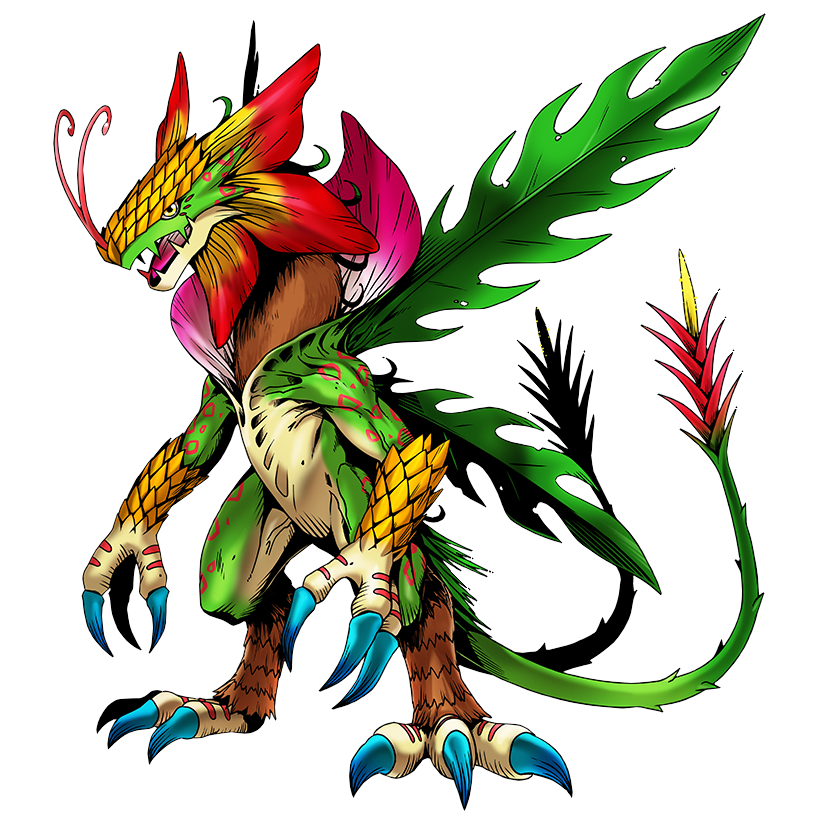 ...This evolution though, wow. Parasaurmon is so simple, gentle and dopey looking that it feels entirely out of place between Pomumon and this terrifyingly psychedelic reptile! Its lizardlike head has a frill of orchid petals and a forked pistil on its nose, its hairy neck disappears into a "collar" and body resembling a giant corpse lily, its four wings are wickedly serrated palm leaves, its twin tails end in bromeliad flowers, and both its head and arms are armored with pineapple scales.

It's intensely colorful and very, very threatening, with a personality and abilities to match: its "tropical venom" attack spews a gas that, quote, "causes those who inhale it to dissolve into a mushy state from the inside out." Interestingly enough, it has already appeared in the 2020 anime as a one-off villain terrorizing a community of Pomumon - its own prevo!!- and actually commanding Flymon as minions!

...But if ever there were a Perfect-level Digimon that should have been an Ultimate-level Digimon, this is one of them. It's so dramatic and so extreme in every way, and I can easily see it being the new all-time favorite to countless fans...but shockingly, they did not design any particular new Ultimate stage with this Digimon in mind. Instead, it evolves into what was previously one of Biyomon's more obscure options, Ornismon. Ornismon, to be fair, is a gigantic, fabulously colorful prehistoric bird with a terrifying reputation, all of those qualities suit Toropiamon well enough, and Digimon already has an interesting tradition of plant-based and bird-based monsters evolving from one another, but still...there are actually NO Ultimate-level plant types that aren't a variation of Rosemon. That's just silly!