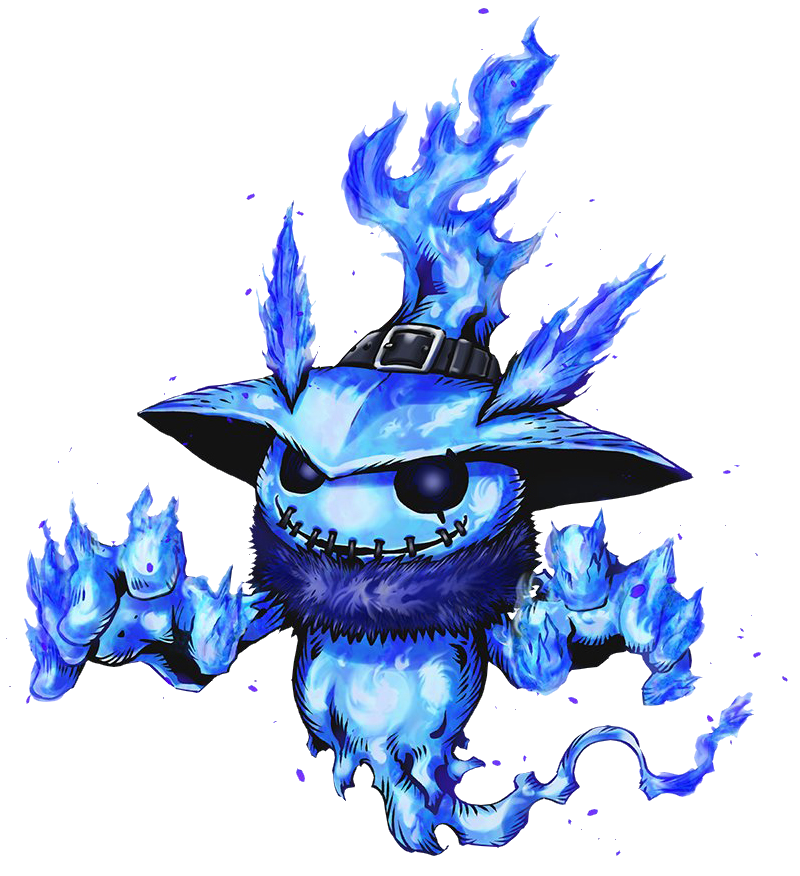 Digimon is a franchise full of spooky, Halloweeny creatures...but just how many options did those ever have for a child stage? Pretty much just Candlemon and the various demons, such as Demidevimon and Impmon. Only now, at long last, is there a spooky ghost-like child Digimon, and it even includes a cute stitchy-mouthed "Jack Skellington" kind of face, a witchy hat and a vaporous blue body that also resembles ghostly flame. These aesthetics flow nicely into many supernatural mons, even including all the demon and devil lines, but it most especially suits the beloved Wizardmon and Witchmon!

It's also interesting to note that, despite Wizardmon's greater fame, it's Witchmon that was actually included as Ghostmon's debut evolution, and it's definitely nice to see her get this overdue spotlight. Witchmon's traditional go-to evolution is Ladydevimon, but the Pendulum Z Witchmon directly evolves into the terrifying Neodevimon, an excellent choice I have to say, and from there, your blasphemous friend can evolve into our next Digimon... 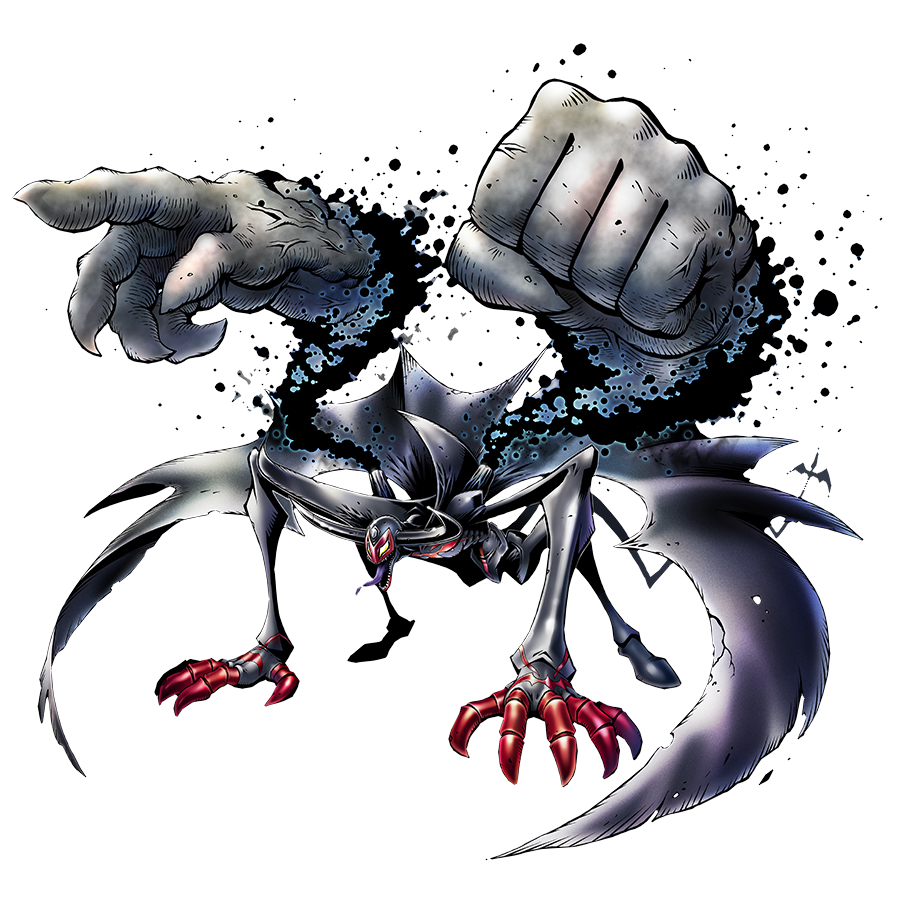 Devimon, the original "bad guy" Digimon, can technically evolve its way to so many Ultimate-level demons and vampires that somehow, in all these years, it never really crossed my mind that we were missing an actual Ultimate-level version of just Devimon!

Well, now at last, for the first time, there's an Ultimate stage created especially for Devimon itself, Donedevimon, because I guess he's Finally Done. He's had it. Had it with these kids wrecking his good time! He's not gonna take it anymore!

It's also, not gonna lie, one of the new coolest looking devil people in the entire Digimon universe. Diving gloriously back into Digimon's original "Todd Mcfarlane" inspirations, it looks more than ever like a Spawn character mashed up with Todd's even more famous creation, VENOM! He's got the giant wasp-like eyes, the toothy maw, the tongue and at times even the slobber, which already gives Donedevimon far superior personality than vanilla Devimon's human head, but just in case that wasn't enough, they also gave this fiend much, much more exaggerated proportions, almost more like a long-limbed insect than a human; even what seemed like a latex suit on Devimon now looks more like an "exoskeleton," I love the more massive red skeleton hands, and I love the creepy tubes on the demon's back - tubes that spew a "dark miasma" it can congeal into gigantic, floating hands! Just NUTS!

Donedevimon, I dare say, is significantly cooler than almost any other Ultimate-stage demon, and it's just a shame there isn't also, say, a Donedevidramon, Donemarindevimon, Doneladydevimon...why not even Donedemidevimon? I know the whole point is that Demidevimon is the "child" Devimon, but just imagine the giant, flying Todd Mcfarlane demon bird head that a done-demi devil would actually entail!