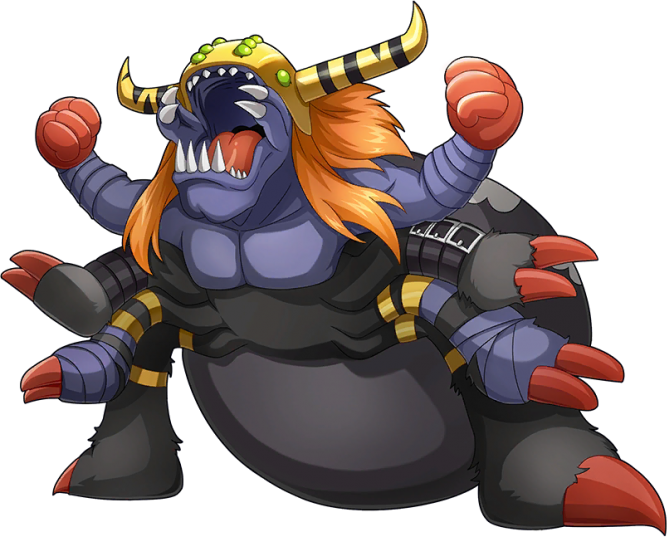 HEY! WHOA! WHAT!? You remember Dokugumon here, right!? Of course you do! It was the first ever spider themed Digimon! What was just a little odd about it, though, was that it could create smaller "Kodokugumon" as one of its attacks, but these weren't really counted as official Digimon for a while...and then they were counted as baby stages, rather than child stages. 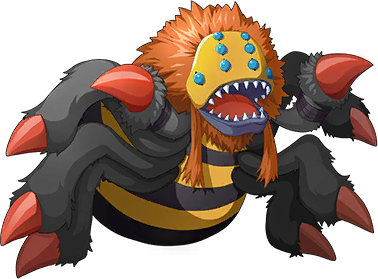 In the recent smartphone game Digimon New Century, Kodokugumon was finally featured as a direct child stage to Dokugumon, but this was basically a third-party game, and Kodokugumon still didn't have an entry in the official Digimon Reference Book as a canon species in its own right...until just days before this review has gone up, but WAIT!!! 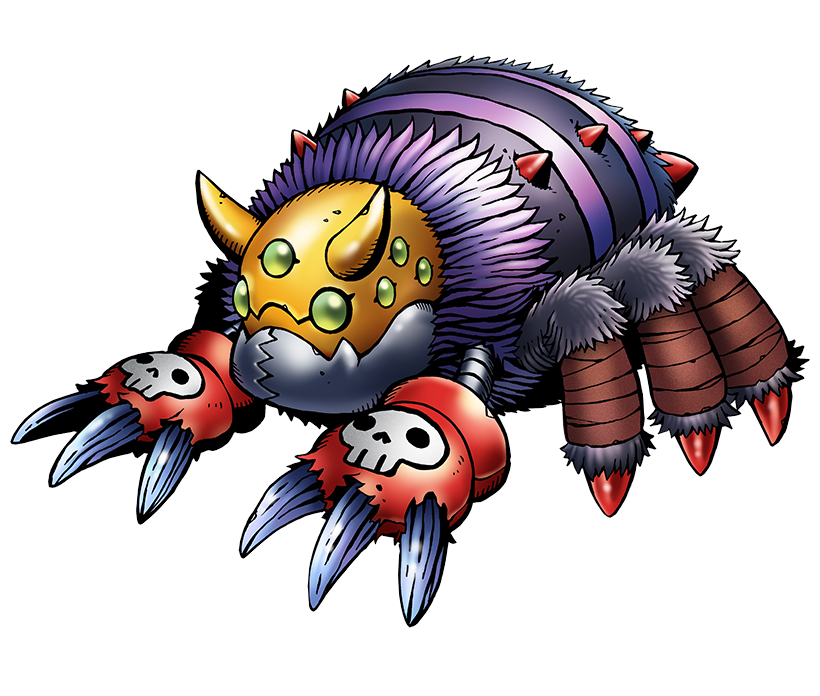 ...This isn't even the same design! They've dropped an entirely brand new child-stage arthropod STRAIGHT out of the blue here, and just look at this sweet baby angel!! Does that mean the old design would still be the baby stage before this one, or still exist as only one of the Adult's attacks??

Whatever the case, I'm thrilled by the addition of this cute, fat little tarantula, its cute little baby bull horns to go with the larger horns of its evolved form, and the cute little skull gloves it wears over its clawed hands; gloves that, according to its profile, are filled with poison to compensate for its own underdeveloped venom! The same profile also lets us know that this Digimon is usually docile, attacking only if threatened!

We were JUST going over the importance of child Digimon, and how every single one gives fans a new option for their "dream partner." I hope there are plenty of spider-loving, Digimon-loving people out there to appreciate this, especially if one of the more evolved Arachnoids was always your favorite!

It's a fine day when we suddenly wake up to such a nicely filled-in family of arachnid Digimon, though I must say, even as one of Parasimon's single biggest fans, the eyeball bug isn't truly spider-themed outside its overall body plan, and has none of Dokugumon or Arukenimon's Ushi-oni aspect! We just need one more horned Araneoid here! Perhaps an undead or more demon-like Arukenimon??