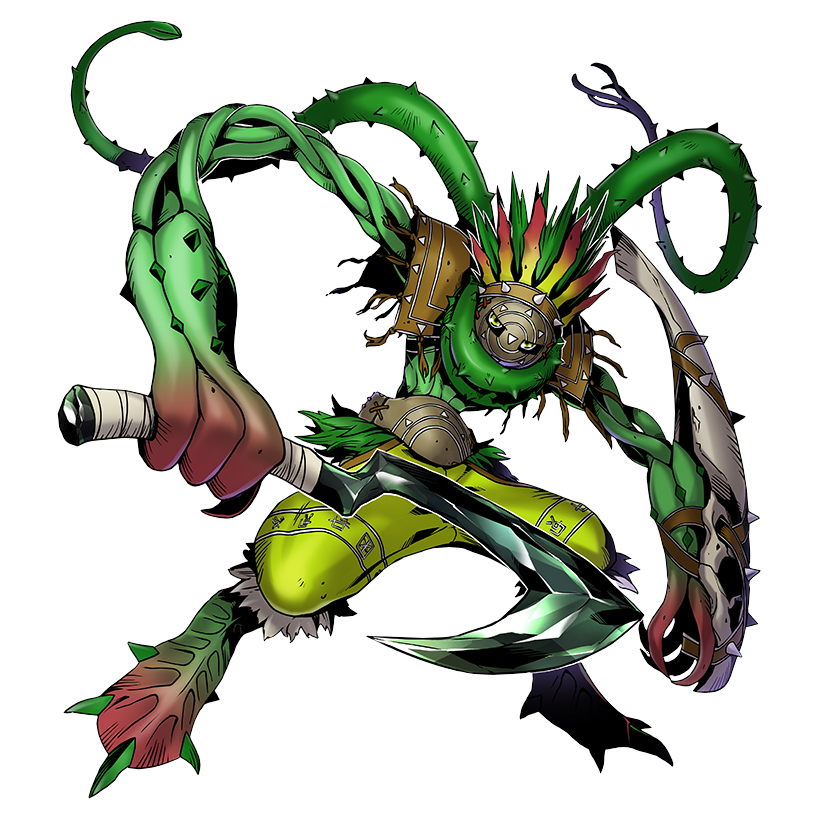 We now begin three new plant-based Digimon in a row, but since they don't feel necessarily created for each other, we have an excuse to give each its own review page! The Perfect-level Ajatarmon is an unusual design with a vague concept that's kind of hard to pin down, but I guess it's supposed to be a tribal jungle dweller, I guess? Except this forest denizen is itself a humanoid plant, and a pretty cool one from what we can see! Most of its face is hidden by a round, wooden mask, but it has colorful thorns and grassy blades for "hair," a pair of thorny tentacles on its back, a pair of equally thorny arms and hands formed from more vines and sort of dinosaur-like legs ending in alien looking, spiny leaf feet. It also wears the skull of Parasaurmon strapped to its left arm, which is actually one of its possible prevolutions!

The official bio holds that Ajatarmon build isolated civilizations in the depths of the digital rainforest, communicating with one another primarily through hand and tentacle gestures as they silently hunt.

In the past, I would have had to complain that there are no appropriate Ultimate stages for this to evolve into, but I'm just thrilled to be able to tell you that our next two reviews are Ultimate level plants!