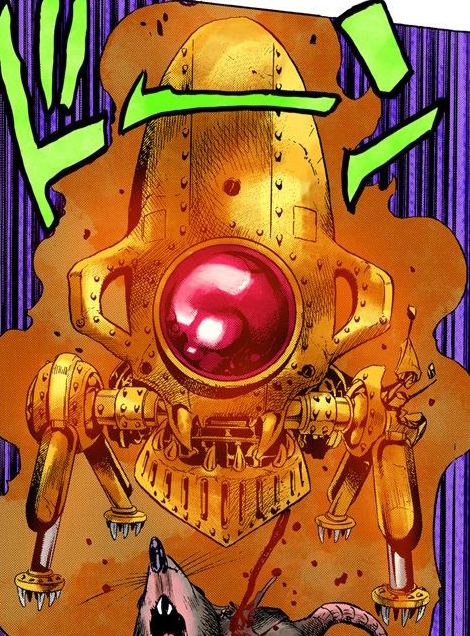 The other day, we saw the stand of a cat. Today, it's the stand of... two rats! That's just how divergent stands can get! Normally a stand is completely unique to its user, even an animal, but two different rats on two separate occassions were able to manifest this one. This isn't even some sort of thing with rats, because Josuke remarks how unusual it is for a rat to have such a mechanical-looking stand. Apparently rats with stands aren't unusual, but they're usually much more organic.

Ratt's design is pretty nice, resembling a vicious, one-eyed skull with a red lens for an eye, not wholly unlike Hal 9000. It can't move around, but it has a little cannon on its back that can rotate and fire off tiny, barbed darts... 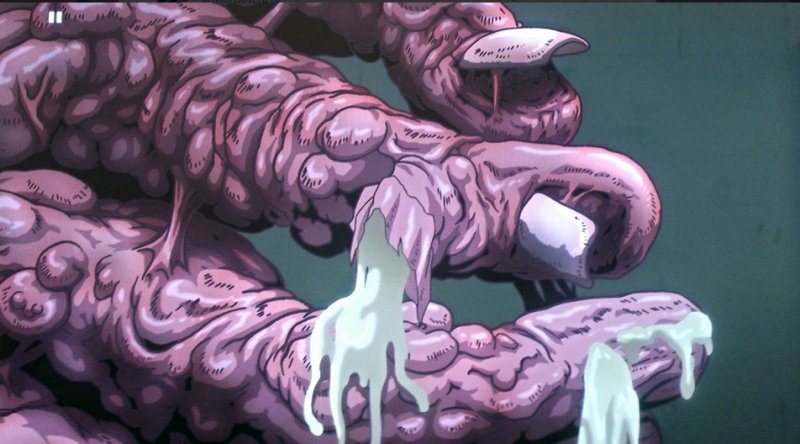 So we already saw one stand that can "soften" you until you're as floppy as an octopus and eventually just a puddle of liquid, but that's en entirely different horror from your body tissues actually breaking down into ooze, like heated butter, which is what happens to a large chunk of your body wherever you may be hit by one of Ratt's darts. 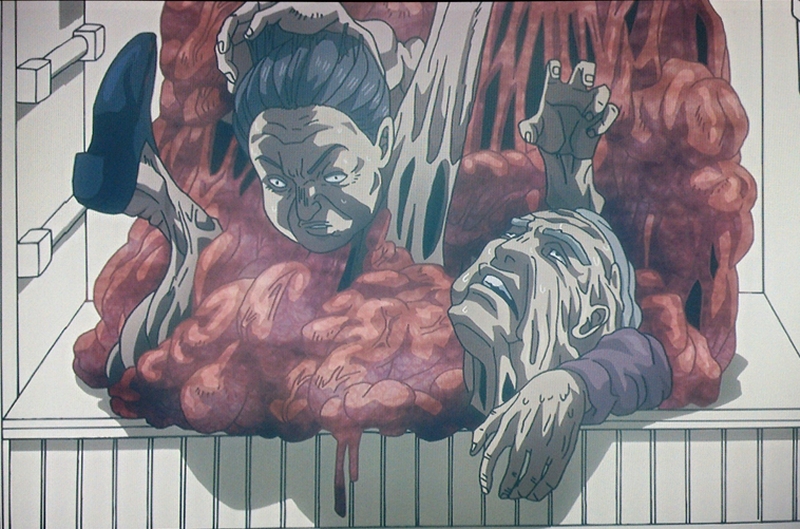 This is hideous enough on its own, but to make matters vastly worse, victims of Ratt do not simply melt away until they're dead and gone. Eventually, the melted tissues harden again into a rubbery, gelatinous consistency - like an old wad of gum - and the victim will remain fully alive and conscious for as long as their head remains intact. Provided that's the one place you aren't shot, you can spend the rest of your days as a congealed clot of mangled meat from the neck down.