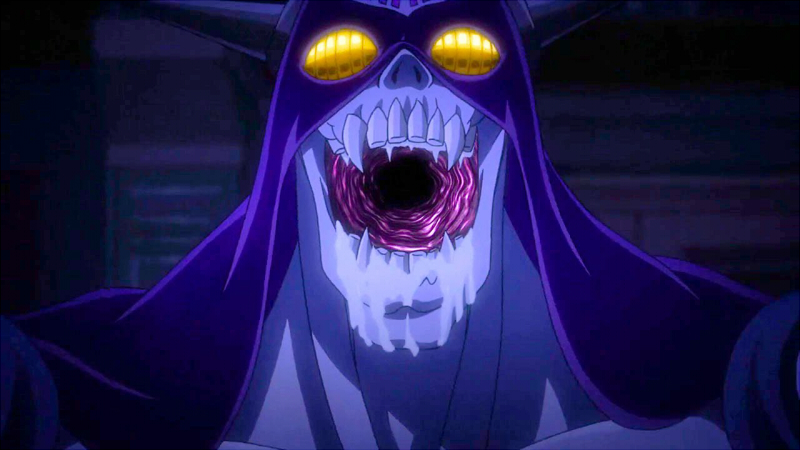 Today's stand doesn't have an exceptionally creative or strange design, but it's certainly up there with the coolest, and certainly one of the most threatening at a glance, a muscular hulk with an executioner's hood and a fanged skull for a face. A classic combination of "this guy will mess you the heck up" flags, and in a lovely muted color scheme of mostly greys and blues! 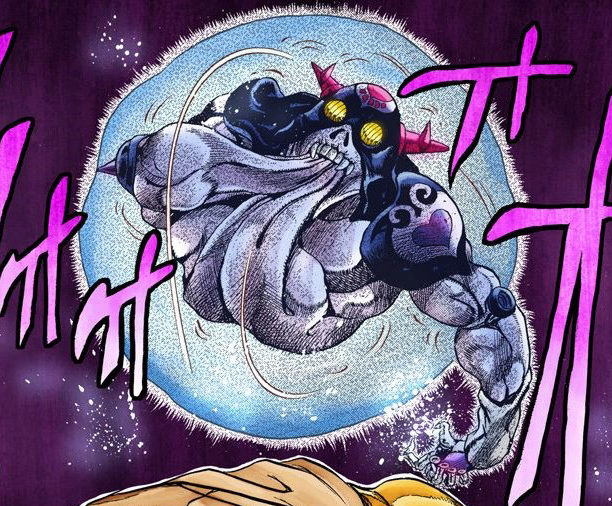 Cream is also physically strong enough to just plain chop people's heads off, as if that wasn't obvious by looking at it, but its true power lies in its ability to swallow absolutely anything, sending it to an empty black void devoid of even breathable air.

This ability reaches its most dangerous when Cream swallows itself, basically flipping inside-out into a floating sphere of darkness that dissolves everything in its path. You pretty much know you're in for something terrifying the minute a giant skull-man looks at you, stops, and starts eating its own appendages. 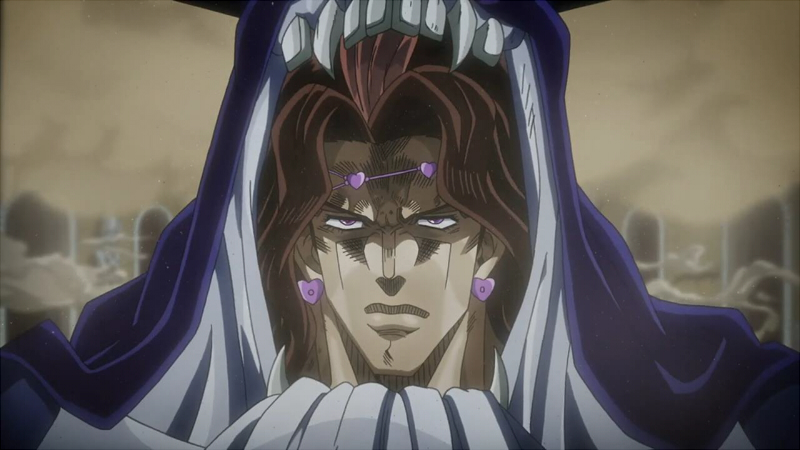 As a bonus, Cream's user - a guy named Vanilla Ice, but not that Vanilla Ice - can ride around inside him without dying. The only disadvantage is that he can't see anything without peeking out of Cream's mouth like a buffoon.