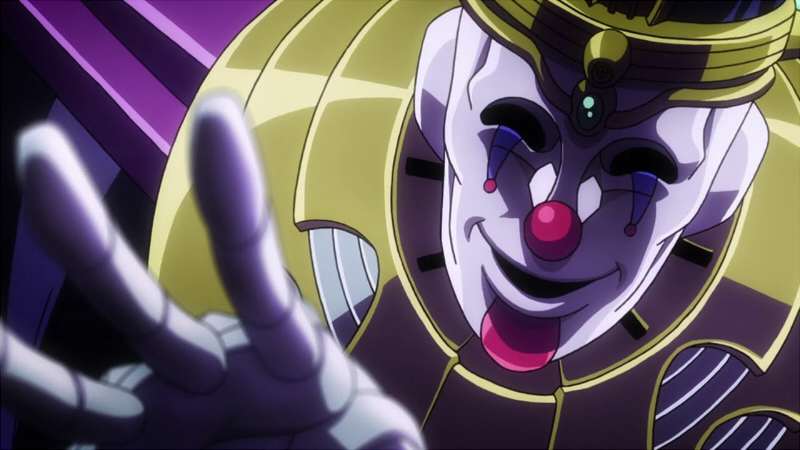 Happy Friday the 13th in October! Who else could have possibly been reviewed today!? It's even in his name! Death Thirteen is a stand with two noteworthy physical features:

One, it carries a gigantic scythe.

Two, it has a clown face.

Really, any sharp implement in the hands of a smiling clown is going to be incredibly alarming right off the bat, unless I guess you personally know the clown and he's shown up with a sword or something in your time of need. 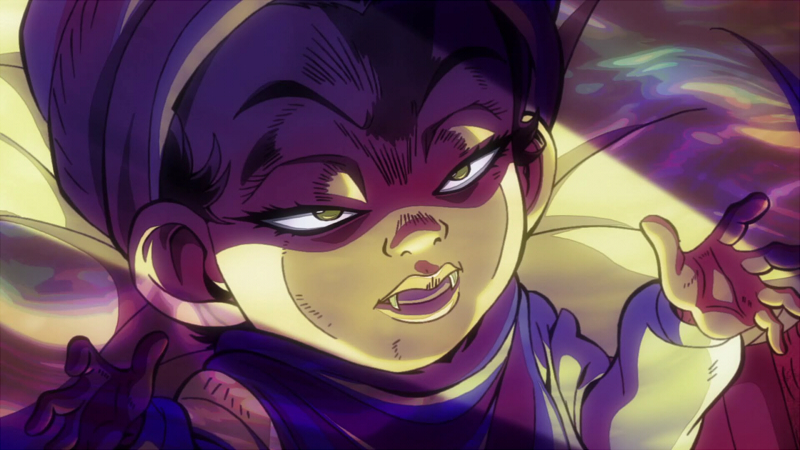 In fact, Death Thirteen's abilities aren't all that original either; like Freddy Kreuger and his countless other imitators, Death Thirteen attacks its victims in their dreams, where it can do absolutely anything it wants to terrorize and torture them before the final blow. Any injury they suffer in the dream will translate to their real body, but they'll never normally remember the ordeal once they wake up.

It's scary, yes, but it's scary in a way we've all seen before. What actually sets this one apart is its personality...the exact same personality as its user, a hyper-intelligent and extremely sadistic baby. Actually, did I need to specify the sadism? Any baby with both adult-level intellect and supernatural powers is probably going to be pretty sadistic. They just couldn't have had enough life experience to really empathize with other people or care that much about the consequences of their actions.

Even the stand's anime voice is just wonderful, especially the ecstatic way it loves to say Lali-ho!

And while we don't get to see it do that many things of note with its dream-powers, we do at least get to see this.