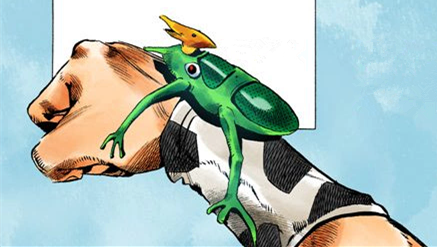 Today's stand might not seem that horrifying on paper, but as usual, it's what you do with it that counts. The design itself is one of the most innocuous we've seen as well as one of the least human-like, a curious and rather cute little biomechanical froggy-thing that clings to its user's arm. 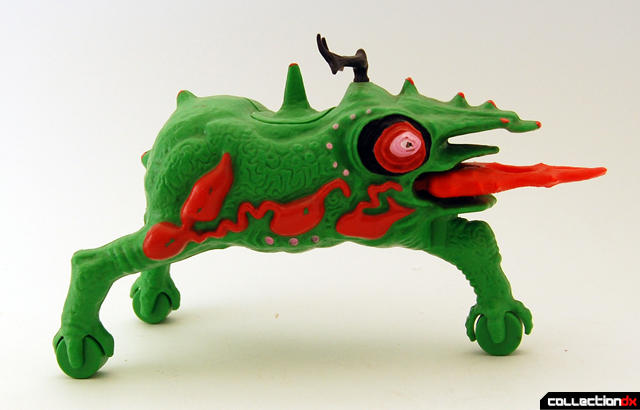 There are enough differences for it to be coincidence, but Sky High almost immediately reminded me of Trigore, a monster vehicle from the Power Lords toy line (photo by collectiondx!) actually designed by Wayne Douglas Barlowe before all his creature designs just looked like you cut up an elephant and glued it back together funny.

Anyway, a little froggy bug thingy clinging to your arm is automatically perfect, no matter what it does. 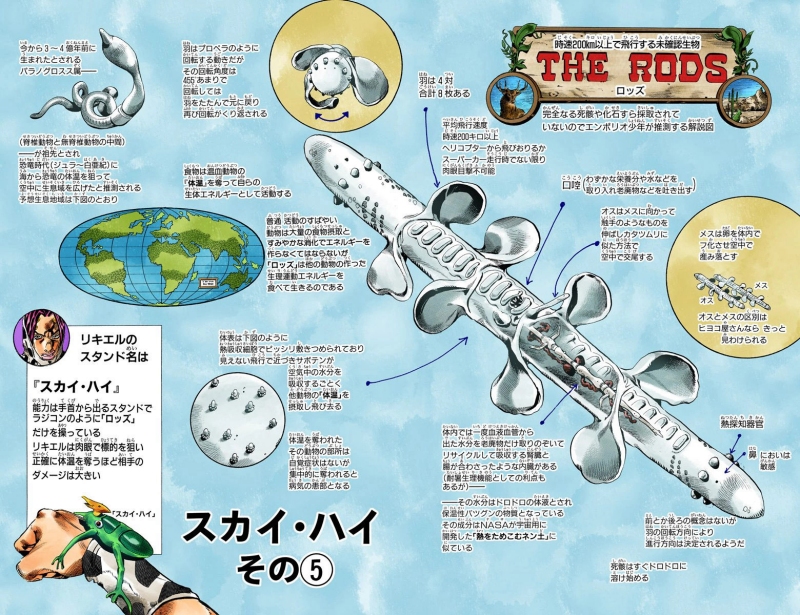 But what DOES it do? First, make sure you're familiar with the concept of flying rods. In the Jojo universe, flying rods just happen to be perfectly real, natural living creatures, capable of moving too fast to be seen with the naked eye and entirely unrelated to stands or any other supernatural activity in the series.

Sky High's only ability is to attract and direct these weird animals, which also turn out in-canon to feed exclusively on heat, with a capacity to even "steal" or "drain" the body heat from other living things.

Got all that? Rods exist, can't be seen, and steal your body heat. Sky High's power, as you might have guessed, is to attract and control these weird animals, and its user Rikiel devises quite a few insidious uses for them.

Because everything in Jojo works the way a little kid might think it works, the rod's heat-draining ability allows them to numb or even kill organic tissue, and Rikiel can target body parts as small and specific as human eyelids, doing so at one point to force someone's eyes shut and cause a helicopter crash. Somehow, stealing heat from select muscles can also allow Rikiel to control another person's movements and speech, or simply cause muscles to die off and decay. In case this didn't sound enough like he was just making it up as he goes along, draining heat away from the hypothalamus can apparently cause a victim's vision to "slow down," seeing everything with several seconds of delay.

In a nutshell, this stand communicates with an undiscovered species of invisible flying worm to control people's bodily functions by making them colder.

This is one of the most Jojo things I've probably ever heard.