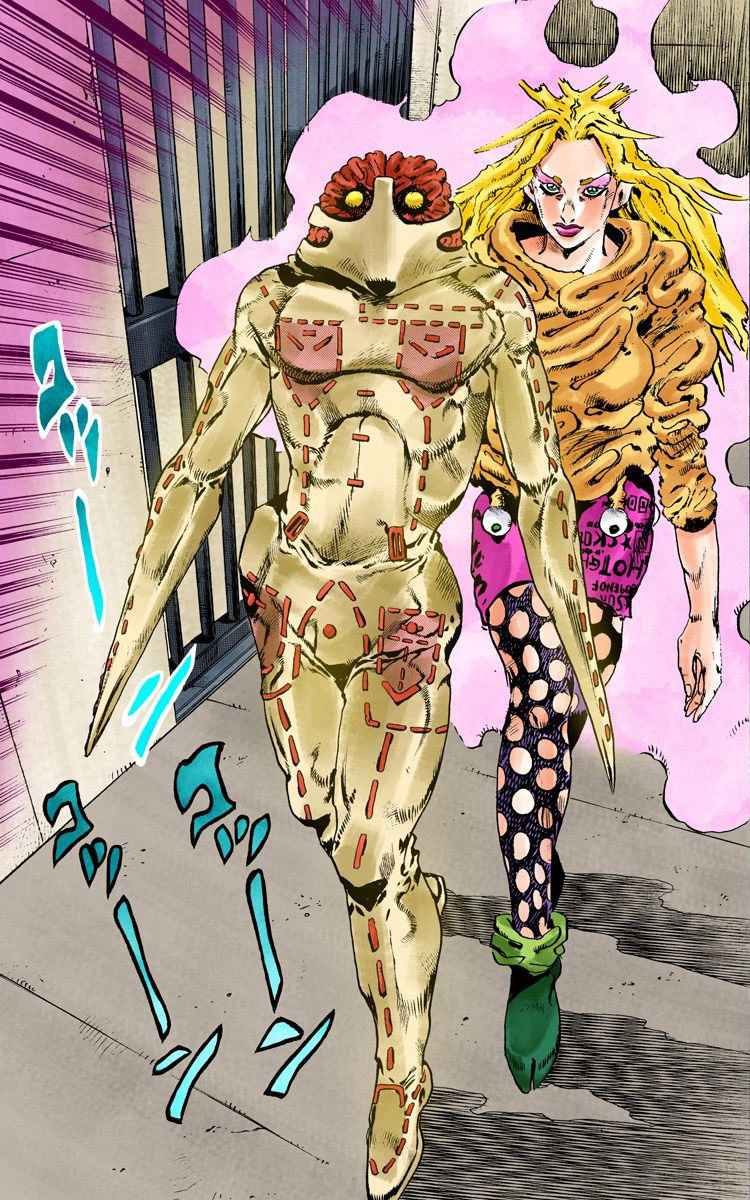 Of all the humanoid stands, this is probably one of the coolest and most charming for how simple it is. Just look at that wonderful squishy brain head, the beady yellow eyeballs and bizarre, doll-like body with all those thick "stitches" in the rough shape of pockets and seams.

There's a lot to be said for the user though, too. Miuccia Miuller, or Miu Miu, is a prison guard named after the real-world fashion designer, Miuccia Prada, and is it any surprise, considering every single character design, that the creator of Jojo wanted to be a fashion artist himself?

I don't think you can Miu Miu's outfit; that sweater wrinkled up like a giant brain, completely with dangling eyeball pom poms, is hands-down one of the coolest things I have ever seen or even imagined being worn on a human body. 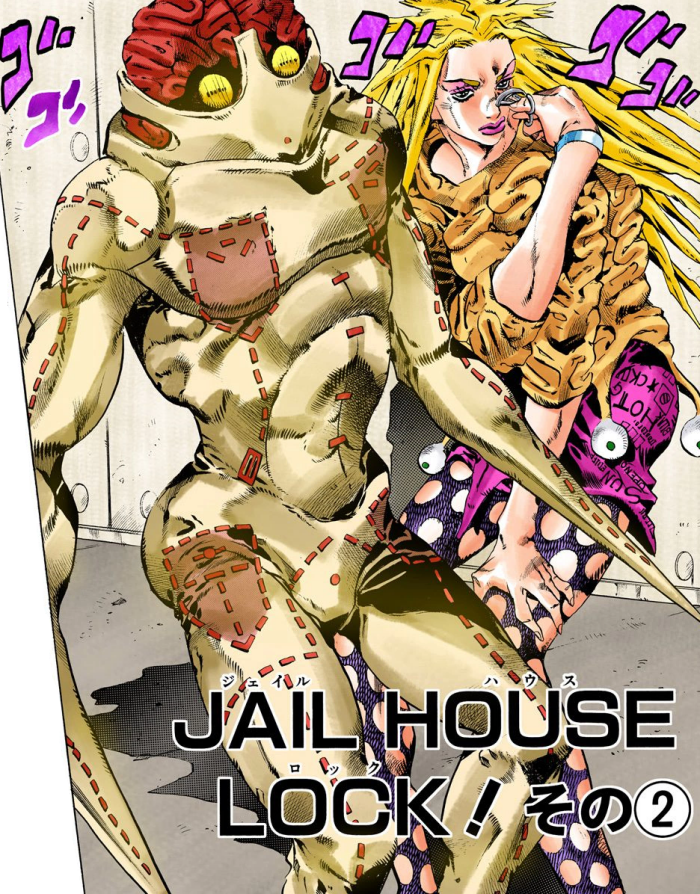 Both Miu Miu and Jail House Lock's designs are thematic to the stand's simple but insidious ability. Though retaining all of their previous memories, those affected are unable to remember more than three new pieces of information at a time, each new fact or idea "pushing out" the first. Victims have a hell of a time remembering what they were supposed to be doing, let alone figuring out what's happening to them, who's responsible and how to stop it. That's already three things right there, and one of them will have to go as soon as you so much as overhear what's for lunch today or how many toes an armadillo has or basically anything you can quantify as "one new fact."

It's not the most viscerally terrible ability we've seen, but it's one that could still constitute a horror movie all its own.