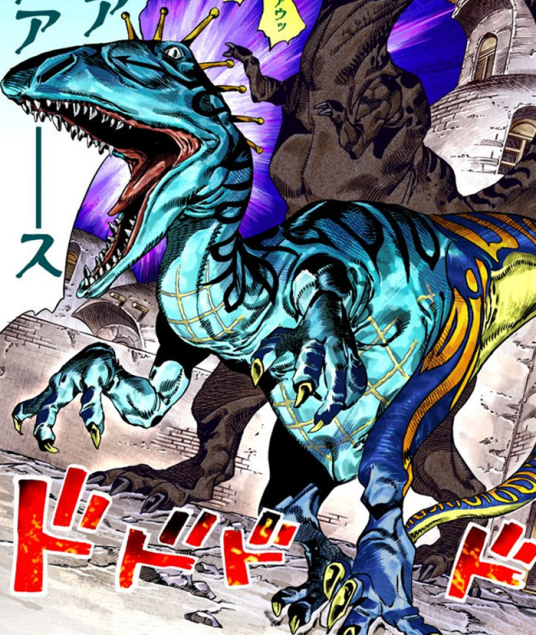 First thing's first: this is one of several stands bound to part of a human corpse, in this case an eyeball, which is heavily implied to have been the corpse of Jesus Christ. Just thought I'd throw that out there while I could for those of you who don't actually read this series. Like I said, I don't either! We're learning this together!

Anyway, whoever possesses the eyeball gains the ability to become a weird dinosaur. The stand itself has no form, but I guess we can rate this dinosaur, which used to be Dio, and its stripes spell out his name! 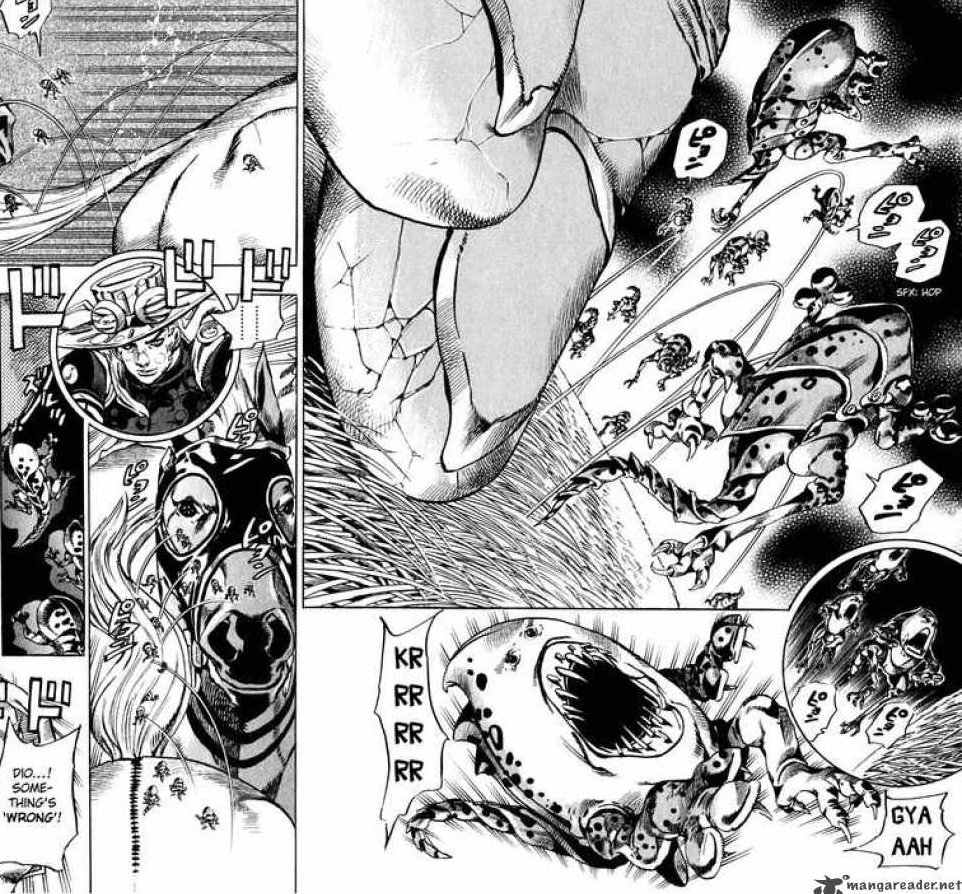 Turning yourself into a custom dinosaur OC isn't the only ability of Scary Monsters, however; it can also allow you to turn other living things into dinosaurs under your complete control, and even produce wonderful hybrid creatures like these dinosaur fleas. 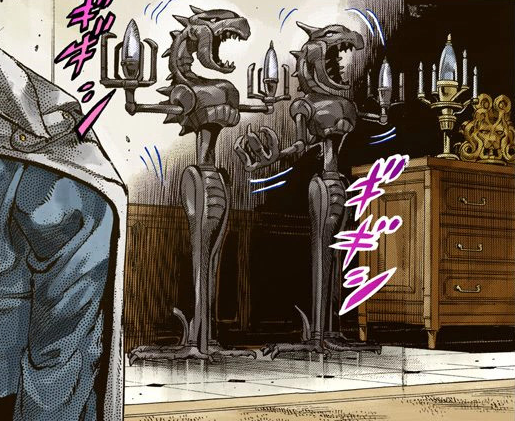 That's still not all, either, because if you so please, you can instantaneously "fossilize" any of the dinosaurs you've created, and even stylize these fossils as you see fit. Here, two security guards have been turned into dinosaurs, then fossilized into decorative candleholders. Why not?!

In a nutshell, the eyeball of Jesus can turn you into what can only be described as a dinomancer, capable of generating your own radical dinopocalypse if you're so inclined.