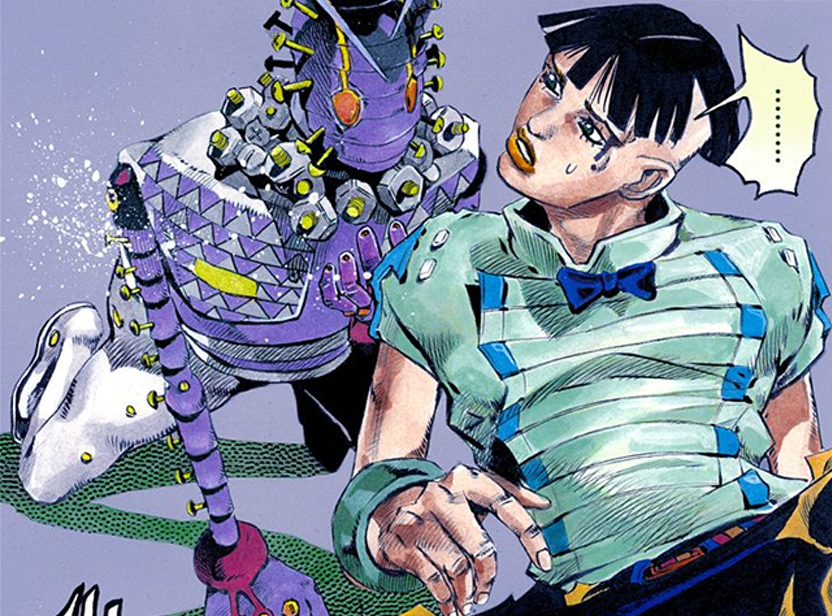 Today's stand doesn't especially stand out as a design, HAHA, but it's not a bad one either. It's just...another doll-like humanoid, which by now feels like the common base template of a stand, though I like its thin limbs, and the nuts and bolts covering it are actually appropriate! 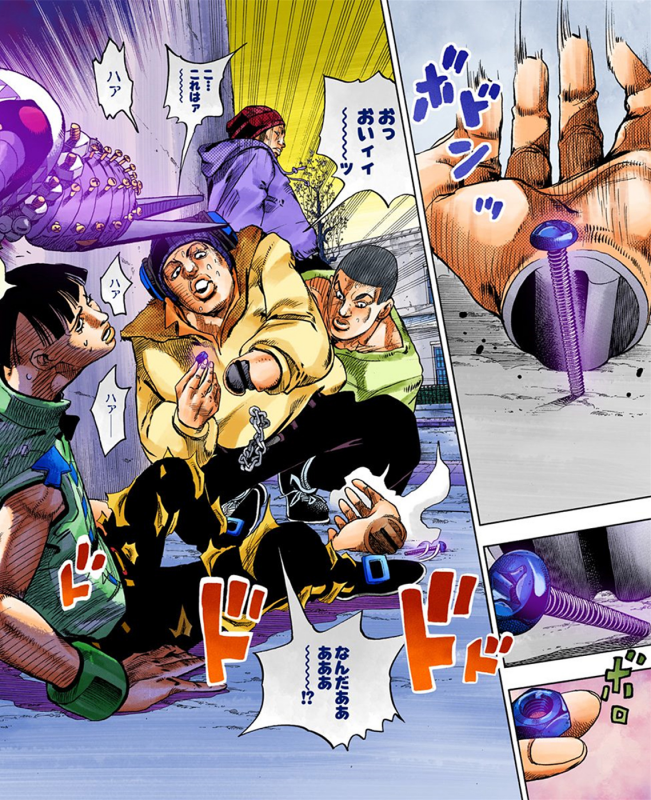 Nut King Call has the intriguing ability to create artificial joints wherever it implants one of its nuts. That is, it can inject one into a person's elbow and their elbow will suddenly be more like an action figure than a human.

This might seem pointless, except that removing the nut won't revert the victim back to normal, but just take the joint apart. It's a more circuitous but much more fun way to basically disember someone. Another, more famous and more important stand can do almost the same thing with zippers, but there's something I personally find more striking and unsettling about these nut-joints.