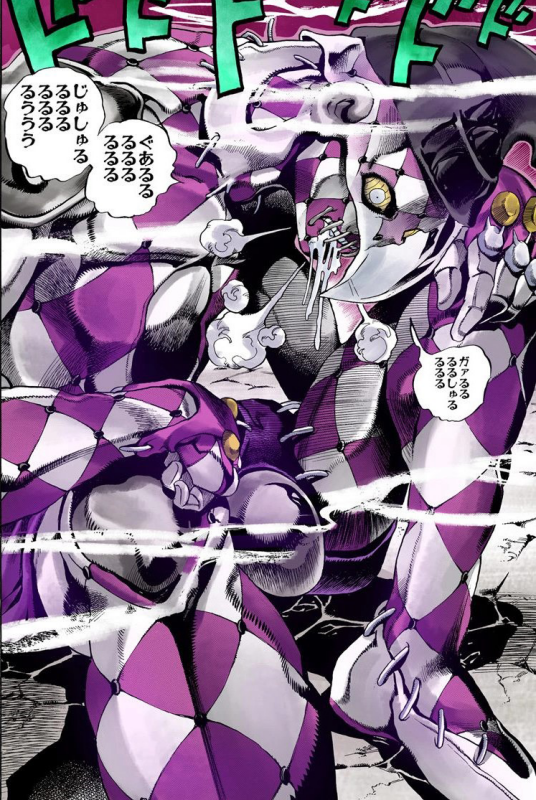 A humanoid stand with a lot of personality, Purple Haze's transparent, beaky helmet and intense eyes seem to draw from The Phantom of the Paradise, which also seems to have inspired designs in Berserk, Digimon and innumerable other anime and manga. It's hard to say whether the movie is just more popular in Japan than in its own country or a whole lot of these characters are cribbing more from each other.

Whatever the case, Purple Haze really rocks the look with the addition of a disorienting, checkered body, and a stitched mouth that never stops drooling, much to its own disgust, because Purple Haze has its own personality and absolutely cannot stand any sort of "uncleanliness," its own or otherwise. This doesn't help the fact that it's positively always teetering on the edge of a violent rage. 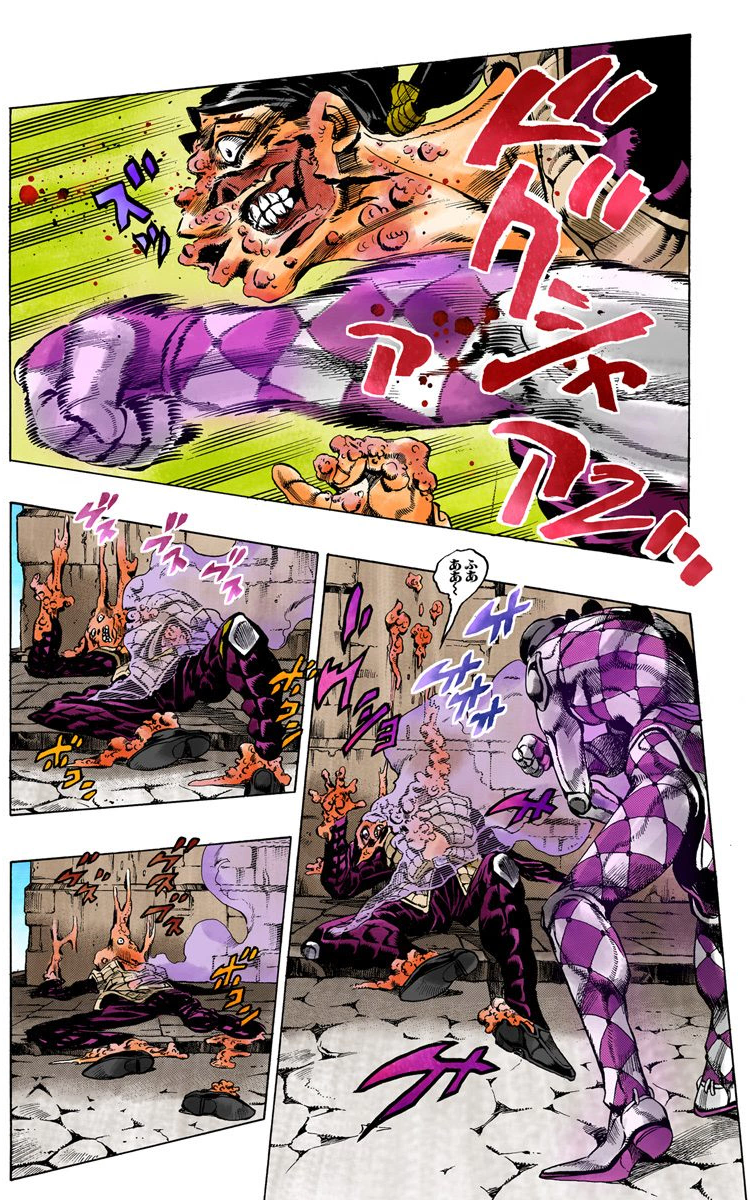 Purple Haze's ability adds another level of tragic irony to its personality, as the fragile bulbs on this neat freak's fists contain a hyper-accelerated flesh-eating virus. Yes, it's another stand that causes you to decompose or melt down in some way, and by the time we're done this, we still won't have covered even half the canon stands fitting that criteria. This at least makes me feel a little better about how many Mortasheen monsters also make things rot.

When released, Purple Haze's virus surrounds it in an invisible cloud, and anyone caught in the vicinity will melt down to gunk in under half a minute, though it's possible to develop an effective vaccine ahead of time.

This ability wouldn't stand out among the other decomposing stands otherwise, but becomes both more interesting and more terrifying in the hands of a sadistic, rageaholic monster who really hates dirt.