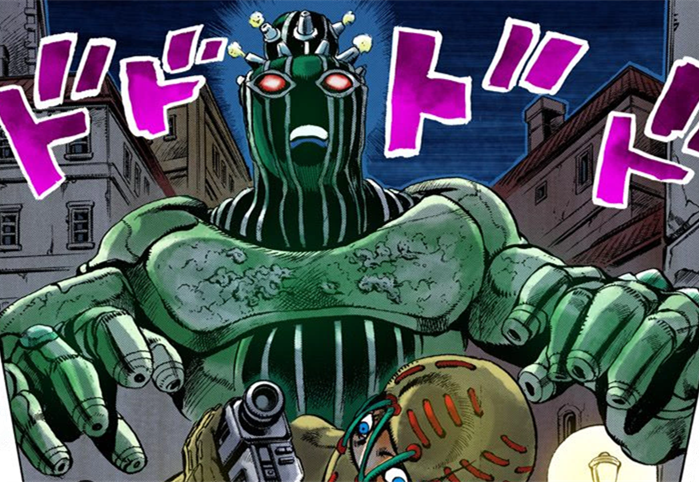 This stand's design doesn't stand out to me that much, besides I guess the various nozzles on its digits and head. It otherwise blends in a lot visually with other humanoid stands I've seen, lacking the psychedelic flair of, say, yesterday's Purple Haze. 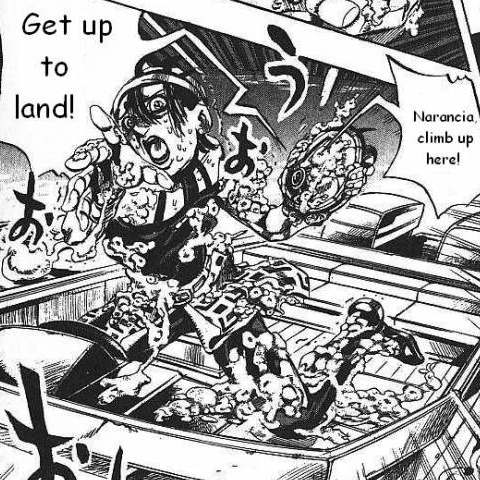 I feature this one immediately after Purple Haze, however, because it's another rot-inducing stand, and while Purple Haze had a fairly straightforward sort of rot made scarier more by the stand itself, Green Day's rot speaks more for itself and throws in some stranger conditions to amp up the excitement.

Green Day's rot takes the form of an all-consuming fuzzy mold, a direct extension of the stand itself, which you might contract from its airborn spores or from contact with a contaminated corpse. I mentioned before however that some sort of "limitation" or "catch" can make something even scarier, and Green Day's mold might have one of the most heart-pounding "catches" we'll have looked at.

The mold grows, spreads and consumes only when infected flesh "loses elevation" in any way, which is to say that if so much as your index finger gets infected, you need to keep your index finger at exactly the same minimum altitude above sea level to keep the fungus from devouring it and spreading up your arm. It also helps to raise the infected area, of course, but then it can never be lowered back down again. Every single movement of your body can permanently raise the minimum elevation required to slow the creeping gangreen and you'll eventually have no choice but to find increasingly higher ground until the stand can be defeated.

As an aside, the mold has an entirely different effect on the stand's own user, allowing him to remotely control and eventually re-attach his severed, moldy body parts. It's the whole "rise forever or rot" thing that earns this stand ability five stars, but turning its own user into a sort of mildew zombie definitely earns it some bonus points.