October 23: Made in Heaven 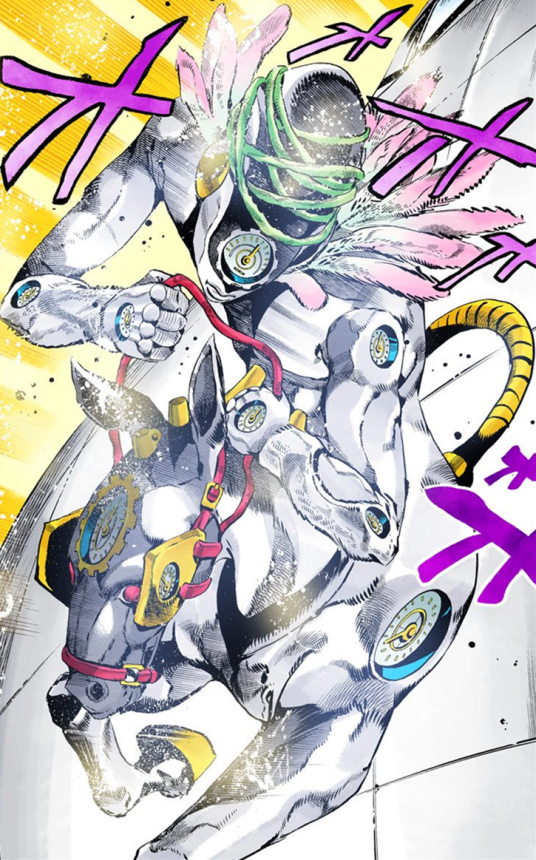 Did you get all that? Are you sure?

Anyway, Made in Heaven has a horse for a crotch.

I don't know what kind of image to use for Made In Heaven's ability, so I won't try. To describe this as best as I can even after reading the manga chapter myself, Made In Heaven is able to accelerate the passage of time for everything in the universe except living beings. What this means for you under the stand's influence is that you'll be sort of stuck in place while the planet Earth ages billions of years around you in mere minutes. Soon you'll even be sitting through the "big crunch," followed by a new big bang and an identical new universe.

You'll be dropped off back at some point in your life almost exactly the same as you left it, only now, you'll be stuck with the knowledge of everything that was ever going to happen to you, and you can't do anything to stop it all from happening over again.

This Stand ends and re-creates the entirety of reality in order to basically convince you that everything is pointless and you're a helpless victim of fate. It's every bit as ridiculous and excessive as the Stand's actual origins.