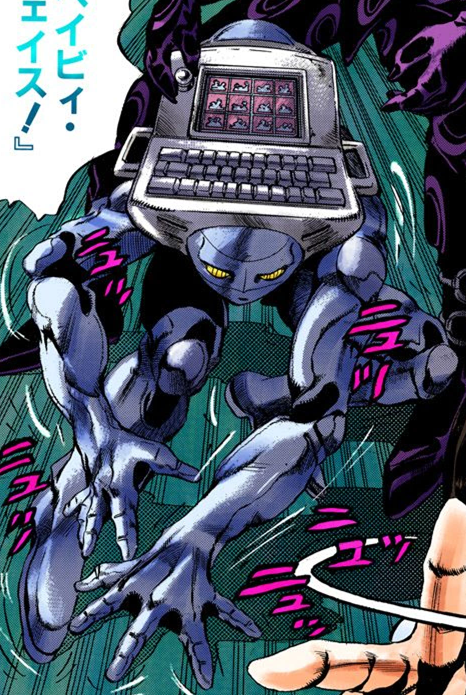 Today's stand is actually sort of more than one stand, and it's also sort of disgusting in a different, less cool and fun way than our previous stands, because part of its ability involves supernaturally impregnating people by remote, so feel free to skip this one if that's just too unpleasant.

The form this stand takes is usually nothing but a laptop with a face on it, but it can also generate a body when it needs one. 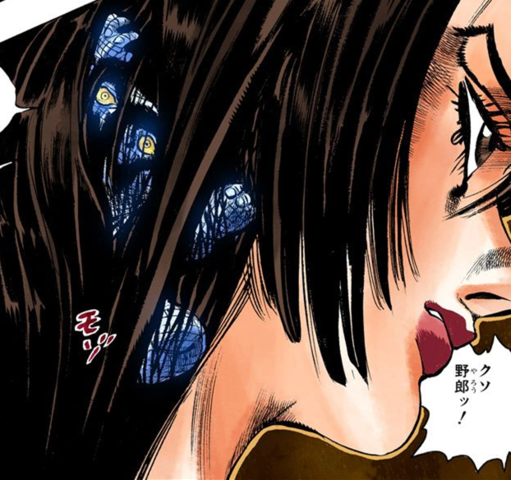 Baby Face begins its bizarre attack by compiling stalker-data on an ideal parent, running through all the pseudoscientific quackery of blood type personality tests and horoscopes to somehow determine how powerful the hypothetical offspring will be. Once it has its perfect match, an embryo spontaneously develops in the host uterus and births itself through some sort of teleportation, or something, since the host won't notice any of this happening until the "baby," described as a sort of "homunculus," makes its presence known.

This homunculus is a hybrid of both human and stand, possessing a more physical body than a pure stand with all the strengths and weaknesses that can entail. The benefit of creating a secondary, remote stand means that neither Baby Face nor its user have to put themselves directly in harms way in order to battle, though the homunculus-baby isn't perfectly obedient and can, under some circumstances, turn on its own gross dad.

It's useful, obviously, but it's also skeevy and uncomfortable enough that I don't really know how to "rate" this one, and I think we'll just skip ahead to the homunculus itself. 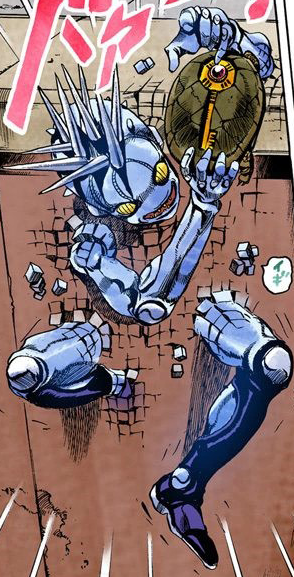 So, first off, we can all be glad something with giant nails on its head isn't born the physical way. Being at least 50% stand, the homunculus baby does have an ability of its own, and you're probably not surprised to learn that it has nothing to do with being a baby or having a computer for a dad.

By generating "squares of vacuum," the homunculus can break absolutely anything down into cubes of any size, including itself, without necessarily doing any permanent damage if it doesn't want to. Even an entire human being broken up into little cubes will remain alive and conscious, including if the stand decides to rearrange that person into the exact shape of a table, which is exactly a thing that it does.

The stand can, of course, make this process deadly if it wants, and can even eat cubes of just about anything. Obviously it can reconfigure objects as it sees fit, and it can disguise itself in any imaginable form. It's an almost limitless ability when you get down to it, but once you know you can turn people into tables, I don't see much of a reason to do a whole lot else.