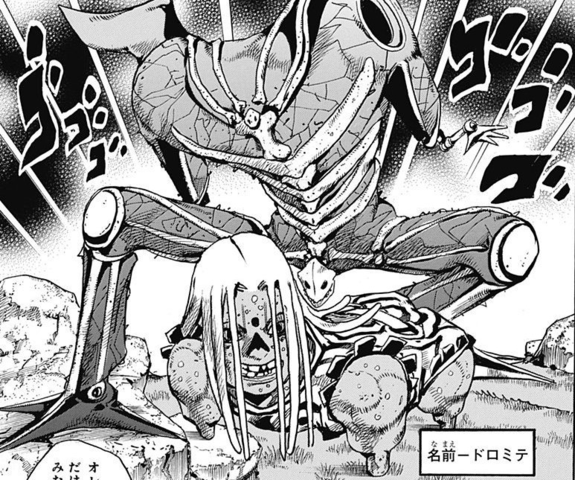 Can you believe we're so close to the end?! I've saved a few of the most monstrous stands for our last few days, and Blue Hawaii is pretty dang ghoulish. Its arms are uselessly tiny, its body is covered with external bones and its shrunken, skull-like head is on its crotch.

All this nicely complements the grisly aesthetic of the stand's own user, Dolomite, a "rock human" (long story) whose face was fried and limbs blown off protecting a human that he once loved. The recurring "rock humans" generally despise non-rock humanity as it is, but Dolomite lost compassion for even his own species. 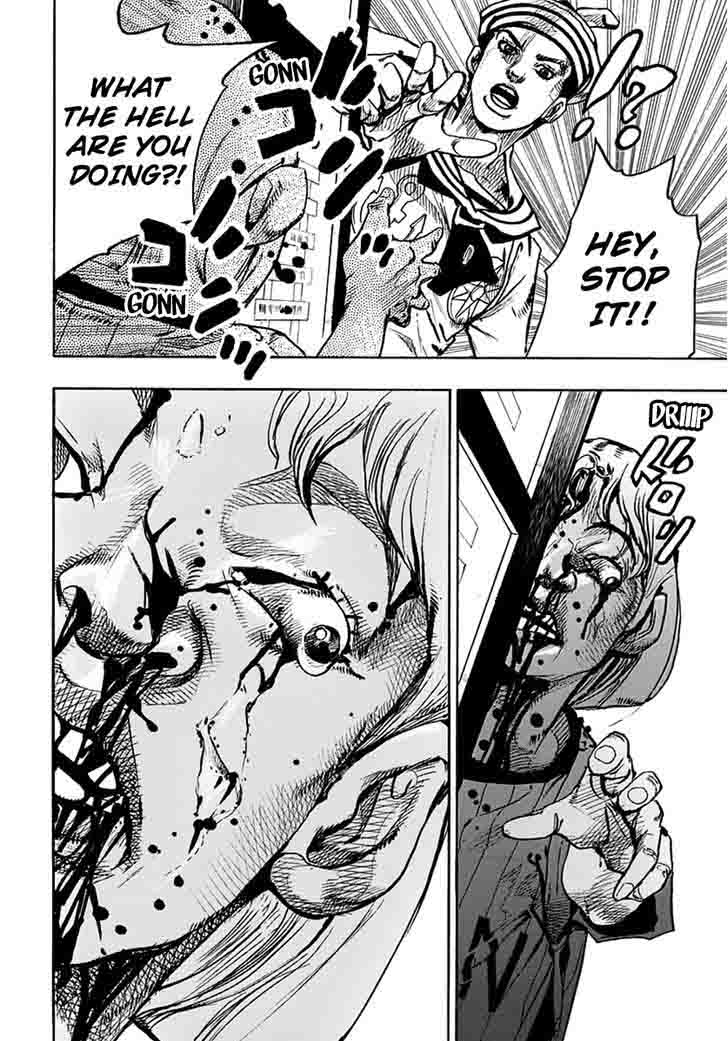 Blue Hawaii holds the ability to "possess" anyone who has ever touched either a part of Dolomite's body (such as a tooth) or the blood of another possessed victim. Manifesting the same external bones as the stand, those under its control will pursue its next target relentlessly...but can move exclusively in a straight line.

Met with any obstacle, a victim will pour their every ounce of strength into mindlessly pressing forward, in most cases smashing themselves to a bloody - and therefore infectious - pulp. Prior victims regain their own consciousness once the stand has been passed to another, but it's hard to be glad you're still alive when it turns out you spent the last hour grinding your skull open against a telephone pole, assuming you survived at all.

Even insects touching contaminated blood can become a vector for Blue Hawaii, and when this condition finally jumps its way to a mere infant, the heroic Josuke has no choice but to submit to infection himself, if only to end the senseless suffering of a baby's puppeteered body.