Today, we look at our very last stand to not have a design of its own, and not even manifesting as an "ability" per se, but as an event. 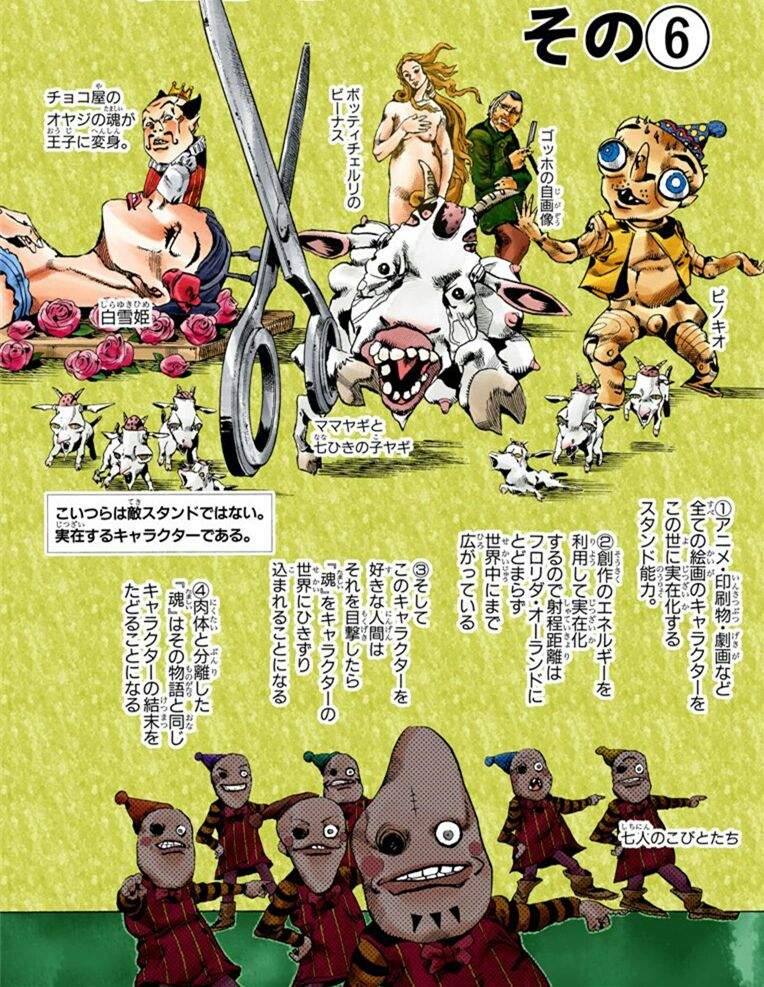 Bohemian Rhapsody simply manifests as a global event in which, apparently, every single fictional character immediately comes to life. We're only ever shown these effects within a small area, the story arc is obviously limited by copyright law and it proves surprisingly simple to deactivate, but it clearly has potential for apocalyptic chaos, and as you can see here, characters don't really come out...exactly...right. 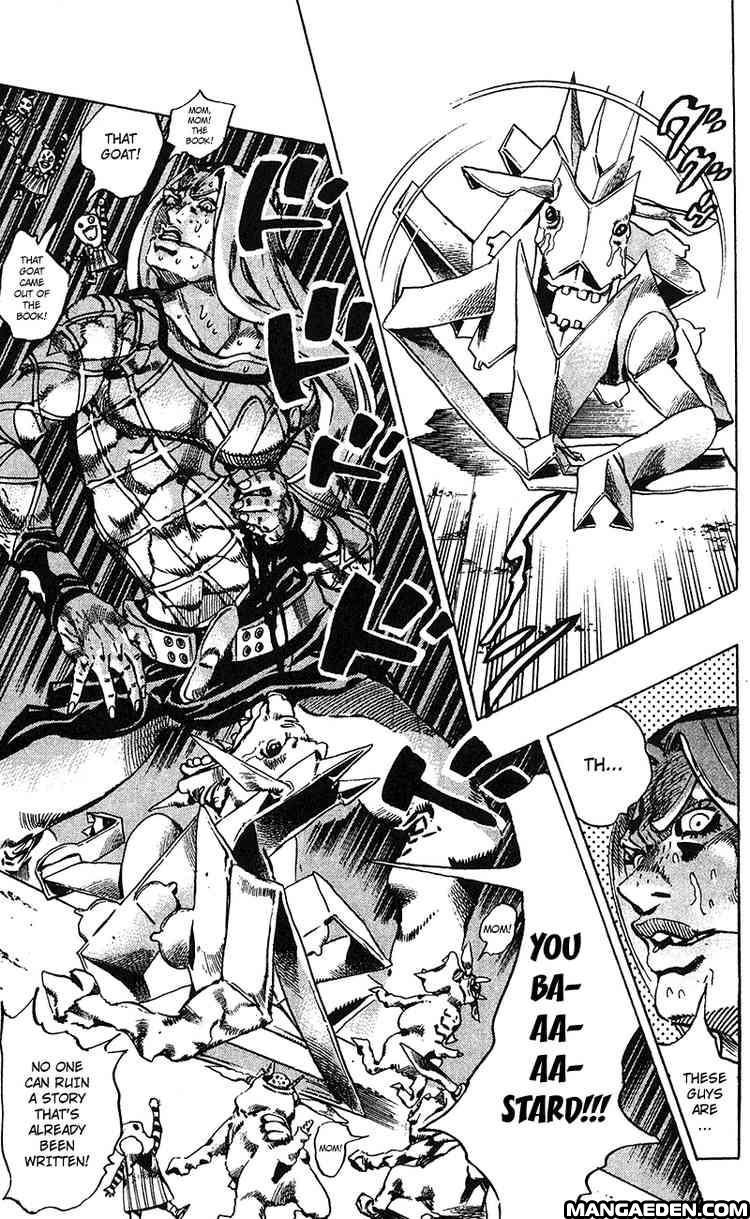 Not only do their forms tend to be warped and monstrous, but characters generated by Bohemian Rhapsody exist in their "original medium." If they hail from a book, they'll be made out of paper. From a video game, they are presumably electrical in nature. This actually makes most of these characters nearly invulnerable to most damage, as they can simply piece themselves back together or keep moving in broken fragments.

Weirder still, anyone who personally encounters one of their favorite characters will apparently lose their soul. The victim doesn't personally feel any different, but their spirit now technically belongs to the character they once related to, and as the character lives out the events of its original storyline, the victim's soul may very well die with it.

This separation of body and soul becomes especially problematic due to the fact that it's the soul a person's stand is linked to, and, I guess, you won't be moving on to any afterlife that may or may not exist if your soul happened to die inside a celluloid clone of Darth Vader. 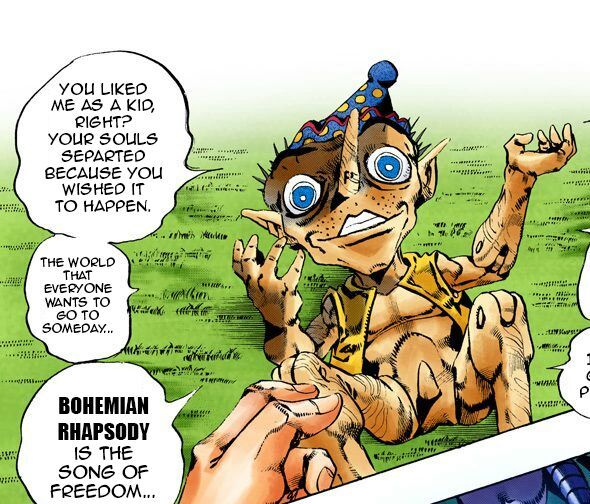