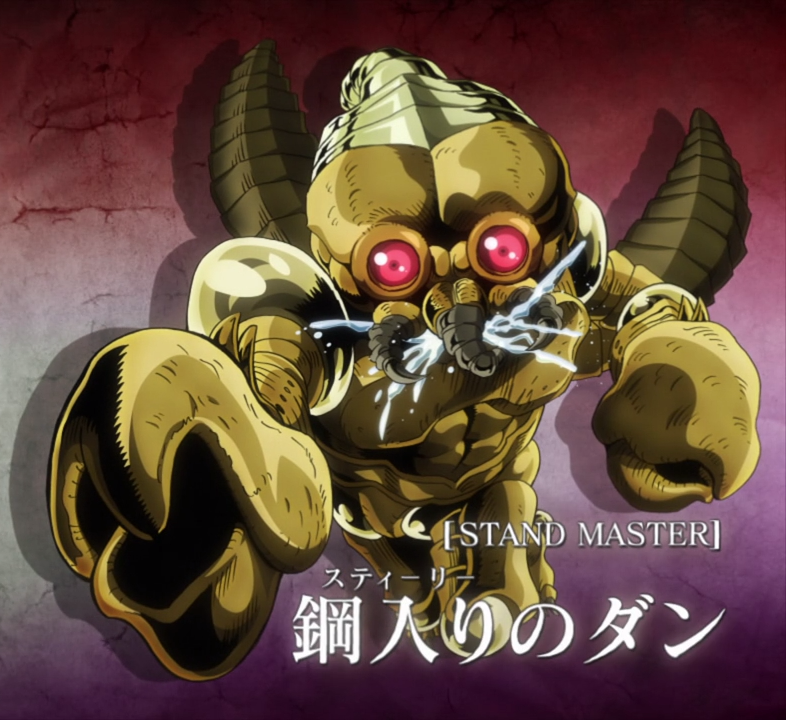 Another of my favorite designs, "Lovers" hearkens back to when the Stands were almost always named after tarot cards, before it was decided that rock musicians and rock songs would be a cooler as well as much larger pool to draw from.

Lovers is one of the only microscopic stands in the series, and was designed to resemble a combination of parasitic insects - particularly a flea - along with a dash of Number 5, the robot from the movie Short Circuit. That sort of "binocular headed" robot was actually one of my favorite things as a kid, and robotic or otherwise, I still love anything with that sort of face. This is actually the kind of stand I might have designed myself.

Better still, Lovers is one of those stands with its own consciousness and personality; a sneaky, conniving little bastard who taunts his victims even knowing that he's one of the weakest possible stands in a one-on-one fight, which isn't as unlikely as you might expect. Of course there are stands that can shrink people. 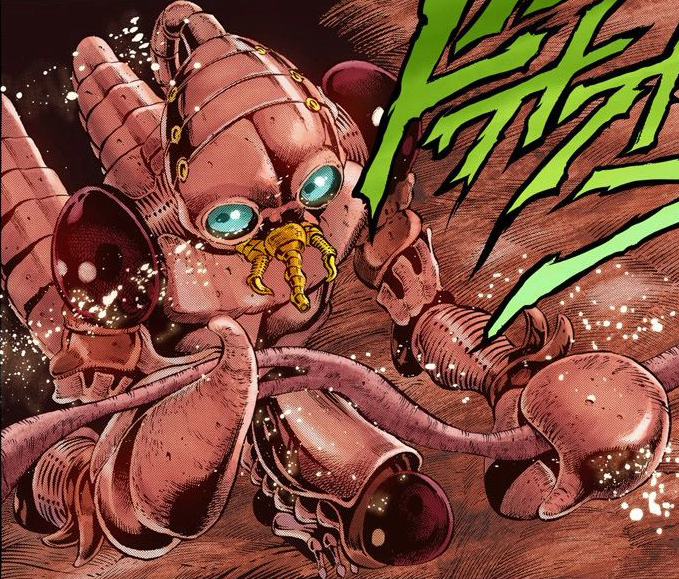 The microscopic size of Lovers is basically a power in itself, making it almost impossible to detect and equally impossible to keep out of just about anywhere it wants to go, which is usually your brain. Once inside, it synchs up the host's nervous system with its user, Steely Dan, so that any pain Steely suffers is replicated several times over in his opponent.

This is, presumably, not the only thing Lovers can do to a brain it has free run of, but it's what we see the most. When actually confronted at its own size, on its own turf, it also shows an ability to make dummies of itself or even a camouflaged skin from mushed-up sludgy brain matter, which I'm sure isn't all that good for the host either.

Still...it kind of feels like a microscopic, brain-invading Stand could have done more.