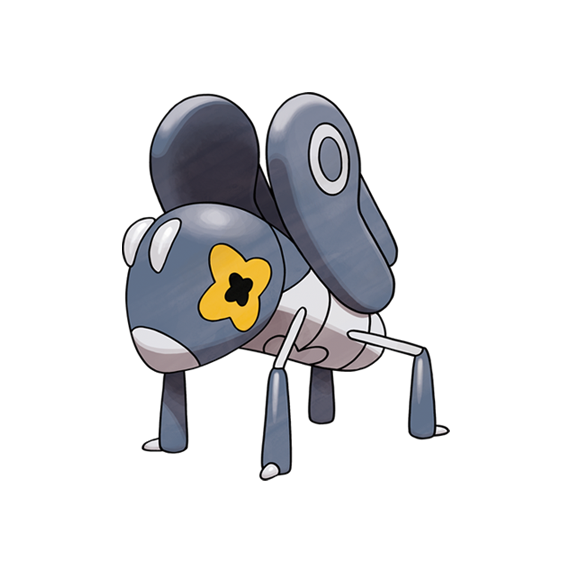 Now this is a MOMENTOUS event. An Orthropteran of any kind - a cricket, a katydid or a grasshopper - is one of those most obligatory, obvious "bugs" this franchise has neglected its entire existence, except for that time the dev team mistakenly assumed a beetle was supposed to be a cricket just because it was violin themed. The artists who design each Pokemon actually don't get to decide their final names, typings or pokedex entries, is what happened there. So no, we've never truly had an Orthopteran, and I have to say our first turned out pretty charming! Nymble is an adorable little shiny black and grey grasshopper. It has an artificial plasticy appearance, but that suits an insect, and I really love its multifaceted, sort of clover-shaped or plus-sign eyes. Its rear legs are also rather interestingly folded up on its back, which funny enough resembles some members of a real grasshopper group, the Tridactylidae, often referred to as "pygmy mole crickets:" In fact, with their commonly all-black coloration and fat, rounded chunkiness I feel like these insects were absolutely the inspiration for Nymble's design! 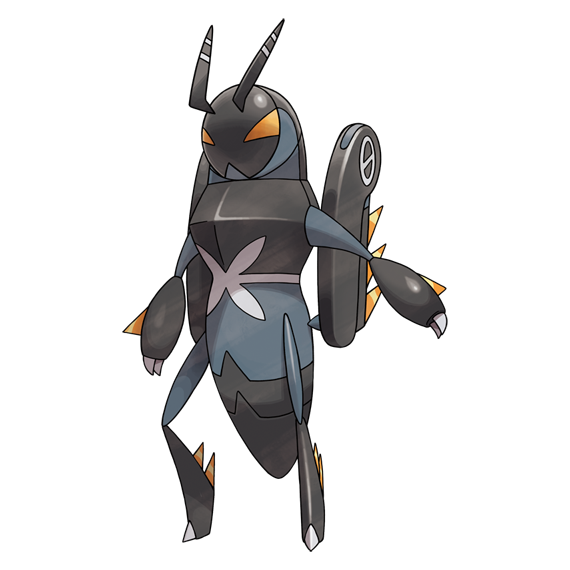 Lokix is a surprise choice for our first-ever bug/dark Pokemon. Really? That went to a grasshopper? I truly never would have seen that coming. Now standing up on its middle pair of legs in a humanoid stance, the hind legs remain folded on its "back" like its prevolution, but are more menacingly lined with sawlike orange teeth, and can unfurl into long, vicious looking legs when it attacks. The body is even more "artificial" and "plasticy" looking, but again not in a bad way, with a very pleasing combination of shiny black and gunmetal blue parts. The face is a sort of smooth, rounded black mask with glaring, triangular orange eyes, which looks decent, even if I miss the strange and cute personality of its previous eyes.

Many have assumed this Pokemon is reference to the darker and edgier Kamen Riders, and its pose when jump-kicking is the strongest evidence that they might be correct. Otherwise, I'm not entirely certain where its dark-type nature is supposed to play in, except I guess that it's gotten tired of leaping away to safety and gone more on the offensive. A stylish, surprising offering for the first grasshopper Pokemon and a cool addition to the dark type.