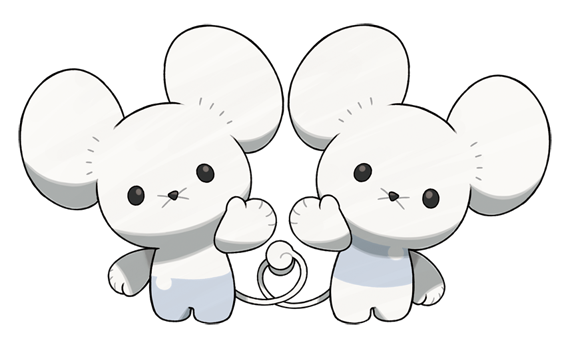 This generation's normal-type rodent has the funny gimmick of being a "mated pair;" two nearly identical Pokemon acting as one. Their designs are incredibly plain, too, but that seems to be the whole point; they resemble pure white "dolls" of ultra-simplified cartoon mice, like Hello Kitty with Mickey ears, simple black dots for their eyes and noses. They even have markings to resemble "stitches" here and there! They really grew on me once I caught this "unfinished toy" angle. 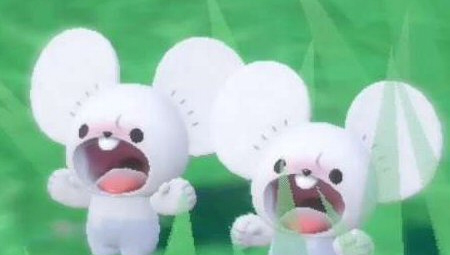 One of the funniest things about these mice is their attack animation, where their mouths suddenly gape startlingly wide and chomp down with their buckteeth. It's intentionally "creepy" looking, with a pinkish throat and tongue visible, even a pinkish blush effect between their eyes to make them look more aggressive, more worked up. 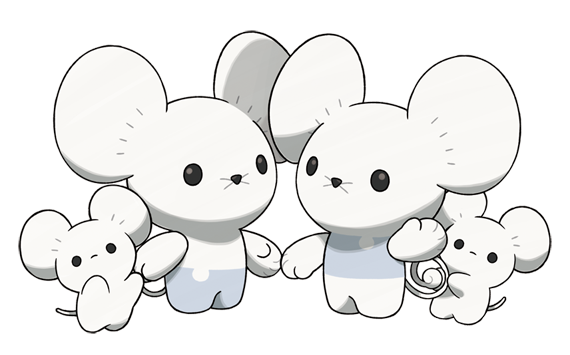 But the VERY funniest thing about these mice is their "evolution" into "Mausehold," where absolutely nothing changes about the original two mice, but they randomly add either one or two little babies to fight with them. This occurs only if Tandemaus level up during battle, rather than by any other out-of-battle leveling, and can even happen without playing an evolution animation. One minute you have two creepy mice, the next they've popped out a baby or two while you weren't looking.

I, personally, find everything about these little freaks entertaining. They're eerie Sanrio Funko Pop Children of the Corn rats that breed when you're not looking. They're deeply unwholesome and that is a compliment.