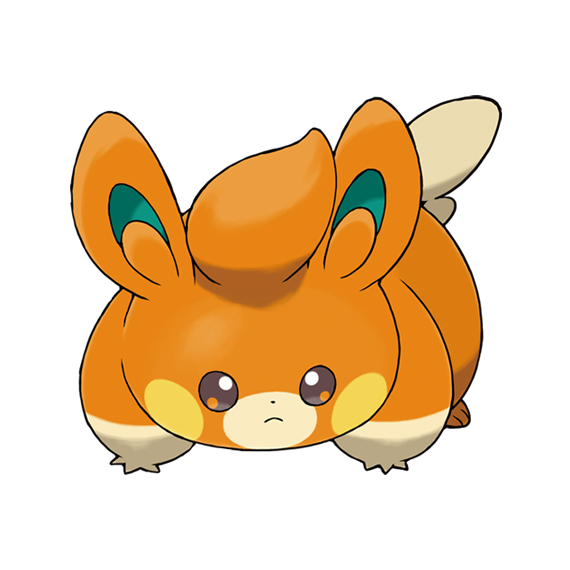 So I guess this is Paldea's "Pikaclone." I understand that gimmick, I really do, and I've said that I kind of like the idea of at least one Pokemon having a whole extended taxonomic family, but I gotta be honest: this is visually the dullest one yet. It's some peanut-shaped rodent with bunny ears and puffy forelimbs, and might possibly be based on the viscacha, a type of South American rodent that convergently resembles a rabbit. Pawmi's face is a bit too small on its poofy round head, in a kind of off-putting way to me, and the big poof of hair on top is way too dorky. It just doesn't have any visual flair I find even as interesting as other pikathingies, and it's not terribly cute.

Its conceptual gimmick is interesting enough, though; its paws dispense electricity to revive other Pokemon, like defibrillators. 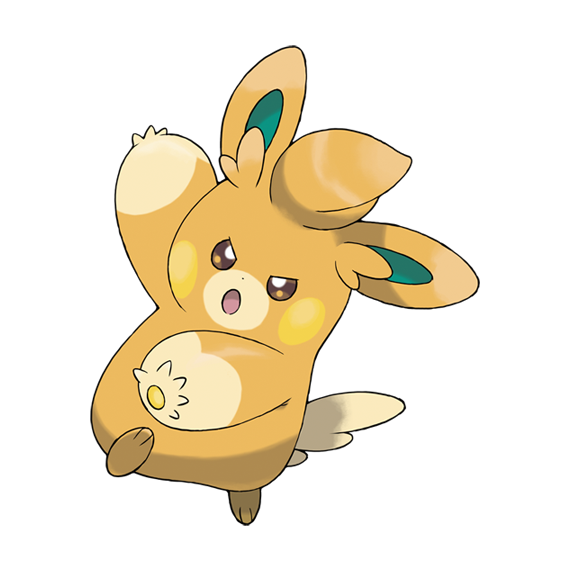 When Pawmi evolves into Pawmo, it becomes Electric and Fighting type, but its design barely changes at all. Its orange coloration gets a bit lighter, ears a bit flufflier, and its fingers get slightly longer. Wow. Incredible. 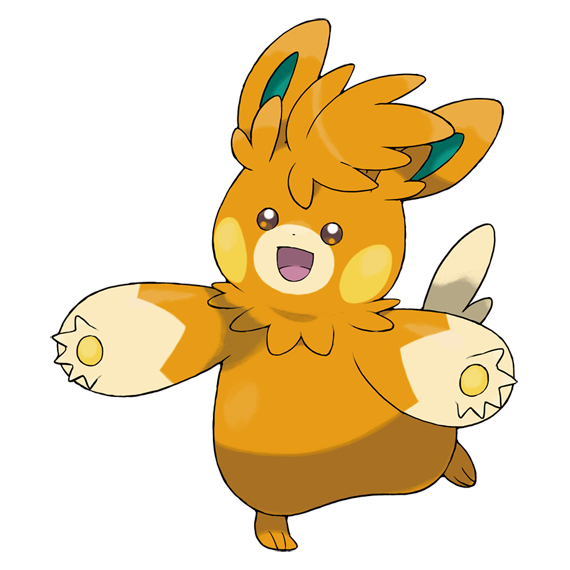 This is the first pikazoid since the original to ever get three evolutionary stages, but the final stage only adds fluffier hair on the head and a more obvious neck with a hairy ruff. It has got to be among the most visually uninteresting evolutionary progressions of any Pokemon, really. It finally does something with the "Defibrillator" theme, though: this is the first Pokemon in the dex to ever get Revival Blessing, which is the first move in the history of the game that allows the user to resuscitate a fainted teammate. It can only be used once per battle, but damn, that's a BIG addition to combat. I really wondered if they'd ever make a revival move. This has no use whatsoever "in-game," since you can use items on your Pokemon, but in online battle against another player this move is the only way you can bring one of your little guys "back to life."

Revival Blessing is the only interesting thing about this hamstery whatsit, but it isn't even an exclusive move. It's thankfully learned by at least one other, much, much cooler Pokemon we'll get to later. Sorry, Pawmos.