It goes without saying that "dark type" pokemon are wildly popular, though they're also at times misunderstood, and I don't just mean the fact that they're apparently all tortured antiheroes with hearts of gold when you get to know them.

Dark type attacks are even almost all named after simple physical actions, emphasizing that dark types are basically low-down dirty brawlers who resort to cheap intimidation tactics before they kick sand in your face, rob you blind and get their friends to beat you up with them. Dark type moves include things like sucker punch, foul play, fake tears, nasty plot, flatter, taunt and torment to name a few, and many of them work by bending or completely breaking the usual battle rules. It's literally just "ASSHOLE TYPE," and that is delightful.

I didn't realize just how much I appreciated Crawdaunt until doing these type reviews. I still wish those blue stripes were its mouth, but I love its design and the very fact that it's a mean brute of a crawdad.

This was TOUGH! The whole dark type is fairly well designed, but I'm still not a fan of Hoopa in either of its forms, and some of the others here just aren't AS cool to me as their pre-evolutions or evolutions.

I mentioned in my water review why a dolphin fits perfectly with the dark type, but plenty of other creatures are a great match as well... 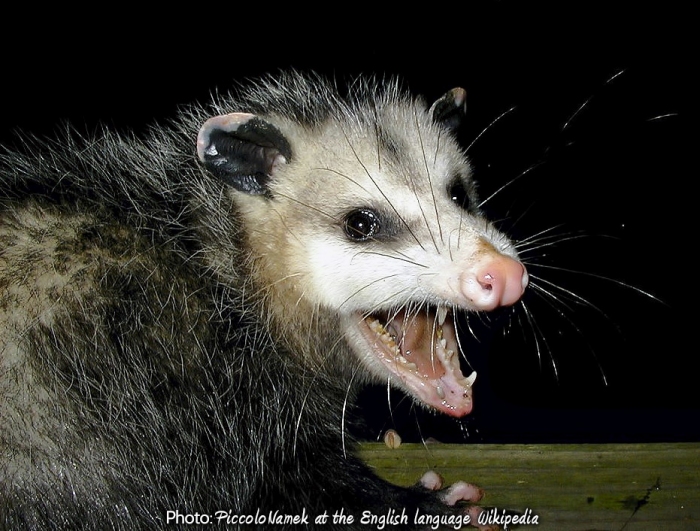 They're nocturnal, they're famous for "playing dead" (actually fainting when afraid enough, but it has the same effect) and people tend to be unreasonably scared of them. I think an Opossum would make a great dark type, especially a fighting/dark type, that pretends to be injured or defeated before getting that sucker-punch in. You're telling me we have over a dozen different bat pokemon and NONE of them are dark type? Pokemon bats include poison/flying, ground/flying, psychic/flying, dragon/flying and psychic/ghost, but none of this most obvious of ALL typings for Halloween's hairy birds?! I know I just got done saying "literal darkness" wasn't this type's theme, but the perfect dark-type bat, I think, would truly resemble a shadow. A bat pokemon so perfectly pitch black that it looks more like a flapping, bat-shaped hole in space, sans its luminous eyes and mouthful of fangs, of course. 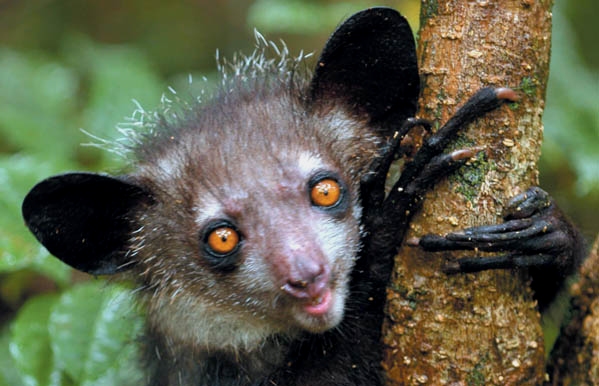 Alright, I realize this is just turning into a list of nocturnal animals, but the aye-aye is easily the spookiest of all mammals after the vampire bat and the beluga whale, and it already looks like it's constantly up to no good. It looks so much like it's up to no good that it's one of the reasons these beautiful animals are so endangered; people native to the region just ASSUME aye-ayes are evil and are extremely prone to killing them. These really are scary but misunderstood sweethearts, and they'd make lovable dark types, maybe with a masked prowler motif, or even dark/psychic types with hypnotically intense eyes. 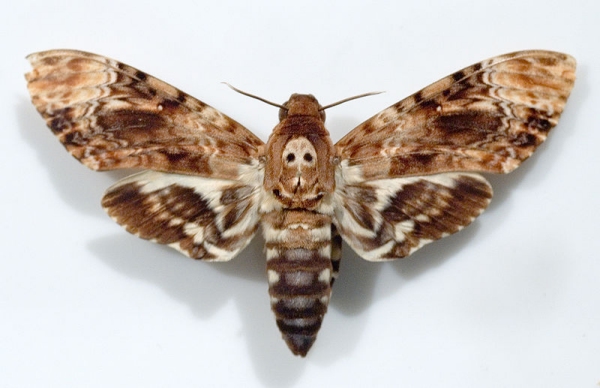 There's both an arachnid and a crustacean among the dark pokemon, but neither of them received bug typing for some reason. LAME! Lots of insects would fit in with the type, but most of them are insects I'd want to discuss when we get around to bug type, so for now, I'm going to suggest a Death's Head Moth. Yeah, we've got moths out the wazoo already, but THESE moths have rad skull markings on them, and actually use a chemical scent disguise to steal honey from bee's nests, so they're already prone to dark-type battle tactics, with built-in pirate flags for good measure!