Debuting with the sixth generation games, Pokemon X and Y, "Fairy" would be the first new typing since the introduction of Steel and Dark all the way back in the second generation, which was needless to say an event long anticipated and speculated upon, though the most common fan suggestion for another type had always been a sort of angelic "light type."

I'm very glad that what we got instead covered some of the same ground without being so obvious. Much of the feel people had in mind for "light" pokemon definitely crosses over into the theme of "fairies," but fairies aren't bound to themes of goodness and justice. Fairies can be much more than that. Weirder than that. Grimmer than that.

Yes, most fairy pokemon are rather predictably adorable, but I'm perfectly alright with that. Yes, I love fairy types most of all when they have a bit of an edge to them, but I still appreciate when cute stands alone just for cute's sake. We get both straight-cute and ironic-cute in this typing, and it's great!

Fairy also brings some much needed balance to the game, dealing out double damage to the popular fighting, dark, and dragon types while suffering a weakness to steel and the critically underloved poison. The steel weakness is especially cool, given the traditional vulnerability fairies have to iron as well as the popular idea that the supernatural may clash with modern industry and technology.

My only criticism? Fairies could definitely still use a little more variation, the vast majority being fairly small, bipedal creatures, and I feel like they still didn't retcon quite enough existing monsters into the fairy type when it landed.

I outright like several of these, but any time I skip the "least favorites" people still demand to know which pokemon I love somewhat less than I love other pokemon.

THE TOP SIX "SHOULD HAVE BECOME FAIRY TYPES:"

There are definitely still more, but I think these six say "fairies" more than most.

This really isn't a type for tough-looking monsters...and that's okay too. Traditional "badass" isn't even my thing.

This is a type for extravagant elegance, much moreso than even the grass type, and that's pretty cool. We really didn't have a pokemon type centered so heavily on "prettiness" before Fairy.

There's been a lot of crossover between these lists, but what can you expect with such a rare type? I guess "spookiest" and "my favorites" are the same exact thing here, though. I guess if "trolls" can already range from hulking, bone-gnashing brutes to the lovable Moomins in popular culture, you can't necessarily say we don't already have some "trolls" among the fairy type, but that's still a matter of subjective interpretation. An explicit, unambiguous troll or even ogre pokemon would make a very appropriate fairy, and a nice change of pace for the type - which is why I already nominated Conkeldurr as one of the ones who sorely missed out. 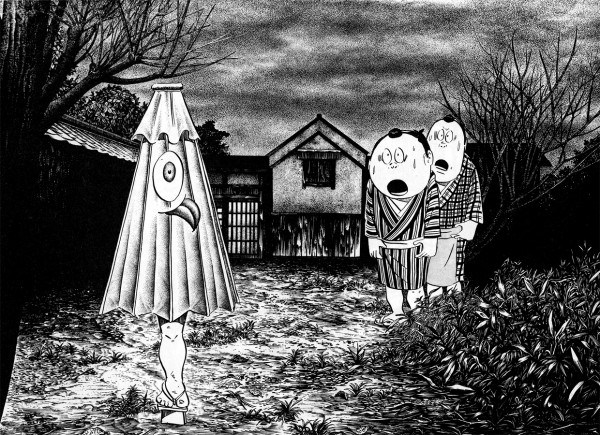 Many Pokemon resemble classic youkai monsters, and they're already a close equivalent in Japanese culture to the celtic fae, yet the only youkai among the fairy type are Mawile, Alolan Ninetales, and Klefki if you consider any given object monster to count as a Tsukumogami. Pokemon is especially long overdue for a Kasa-obake or "umbrella ghost," and it might make a pretty cool flying/fairy - with rain dance, of course. 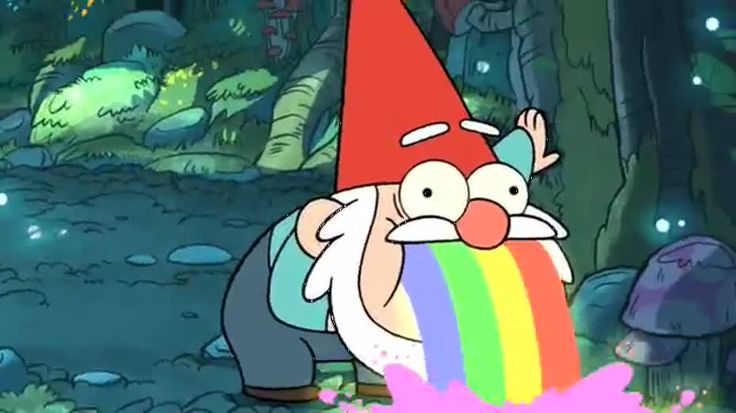 As with trolls, the original "gnomes" were vague enough that you could call a number of existing pokemon gnome-like enough, but that just doesn't cut it! A more overt gnome would make the most sense as fairy/grass, considering their connection with gardens and lawns, but we already have a fairy/grass mushroom and I can't think of anything other than a mushroom that would make sense here. The better option, I think, would be a fairy/ground or fairy/rock pokemon associated with caves; its "hat" could even be a stalagmite! Its beard could be crystalline growths! I guess Carbink and Diancie are already pretty gnomelike when we put it that way, but they don't have the pointy hats!