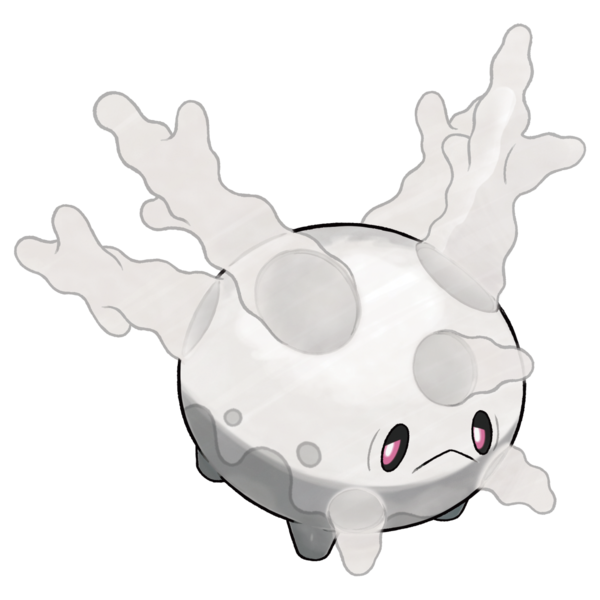 Today we have the coolest Galarian form by far, but quite possibly one of the most saddening Pokemon of all time. Corsola was another that waited over two decades for fresh attention, and what it gets is a form based on coral bleaching? On the catastrophic death of these ancient animals?! It's said that the Corsola of Galar were completely wiped out by a sudden climatological shift, leaving all of them ghost type, and even their coral branches are formed of ghostly ectoplasm.

It's a crushing reminder of the fact that we've polluted the planet enough to make the entire ocean more acidic, though coral bleaching is also exacerbated by unusual temperature fluctuations, physical damage, invasive species spread around by ships, algal blooms from fertilizer and even the residue of suntan lotion. It's as if we've all got some deeply buried ancestral memory of our microbial ancestors dying in droves to the hungry maws of coral polyps and have subconsciously structured our entire civilization to murder reefs in as many ways as possible. 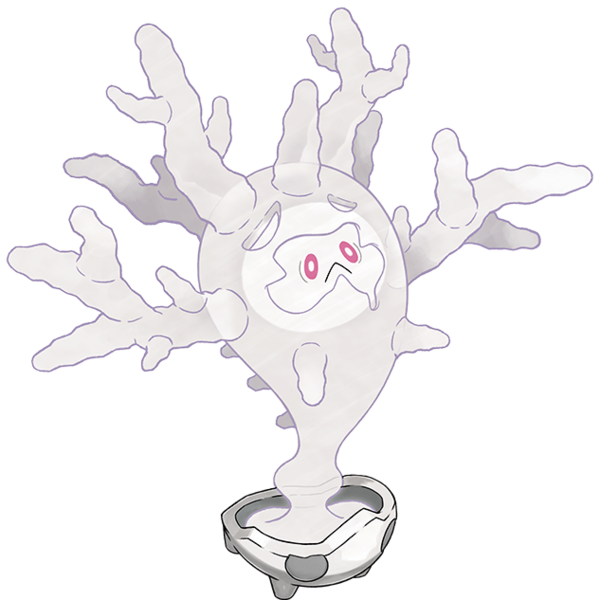 To add injury to more injury, it's apparently only in the cold bosom of the reaper that our only coral-based Pokemon can ever evolve, growing into what is adorably known as CURSOLA and attaining the kind of shape you can imagine a Corsola achieving if it evolved the natural, healthy way. That's all just a ghostly illusion, though; a false ectoplasmic body housing its true, miserable little core spirit, morbidly anchored to the shattered remains of its original body.

I appreciate that the outer ghost-body is like a classic Halloween spooktasm if it sprouted a bunch of cool, branching horns, and even has little coral knobs down its "spine," which is a pretty nifty looking touch. I also like its sad, empty eye-holes and the notch in its mouth that evokes drool, giving it an expression almost more like my beloved Gloom. It also has a pretty wicked signature ability, "Perish Body," where if another Pokemon physically touches it, the ability counts down for three turns and kills both active Pokemon, just like the move "Perish Song." Unfortunately, this isn't enough to make Cursola popular in competitive play; instead, Corsola's new ability to evolve means that Galarian Corsola can make use of Eviolite, obscenely pumping up defenses that were already pretty decent. It joins the small, elite club of Pokemon officially "better" than their evolved forms.

Anyway, when I talked about my Pokemon teams over the years, I demonstrated that they had slowly but surely adopted a theme of a poisoned ocean. It's almost like this one was MADE for that team, but unfortunately, it debuts in a game where I can never build the rest of it.

There's also something about it that keeps it from achieving the mark of my "personal favorites," but I'm not really sure why. It has every element I SHOULD like. It's a spooky pale transparent ghost, it's an undead invertebrate, and it references real-world biology in a novel if dour fashion, but for whatever reason...I don't think I'd have wanted to use it outside of that particular "team theme." It wouldn't really make a list of Pokemon that are JUST must-have favorites of mine, and I'm not 100% sure why that is.

Have I just became jaded? Are my standards too high now after the Ultra Beasts? Maybe we'll get more into the subject as I continue these reviews.