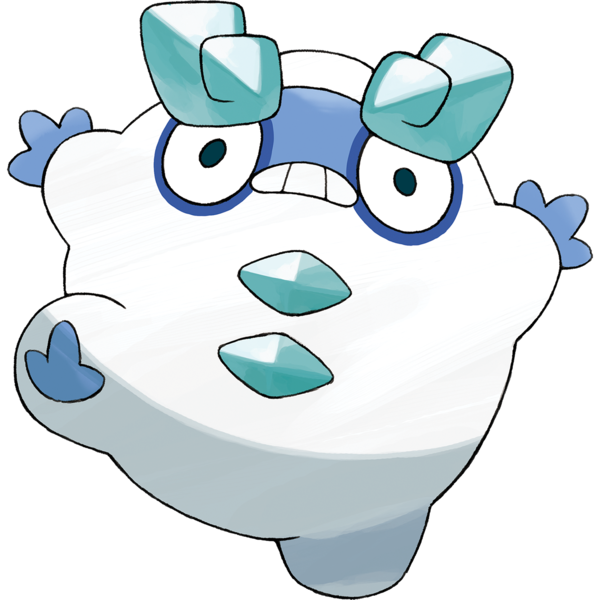 Darumaka, huh? What the heck lead them to make that Galarian? Orangutans aren't British and Daruma aren't British, and haven't we given the various ape and monkey Pokemon MORE than enough spotlight over the years? I Like Darumaka, but it really didn't need an ice-type variant. 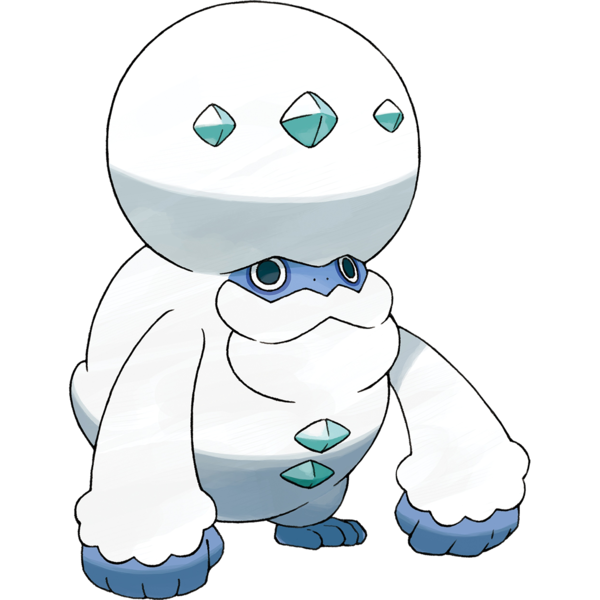 Uhhh...nno, sorry, don't like it. I thought Darmanitan was cool looking, but Galarian Darmanitan feels weirdly off-putting, and I think it's because the snazzy, saw-toothed grin has been replaced with a "beard" and "mustache" that you can just as easily read as unnervingly huge, puffy lips. The giant snowball on top is obviously meant to make the whole thing look like a snowman at a glance, but that just kinda lets me down, because I've always wanted a proper snowman-themed Pokemon and they had to go making it a fake snowman in the fur of an ape. We also literally JUST had another blue and white "yeti" last gen, which was also a crab. Wasn't that kind of enough yeti for a while? Wasn't Abomasnow a yeti already? A ready alyeti?

As you may well know, though, the original Darmanitan is known for morphing into a calmer "Zen Mode," which loses its fire typing to become psychic type. Well, this one still has an alternate mode, but it is not a "zen" mode.

I...okay? "Zen" Galarian Darmanitan actually swaps the sweet, calm demeanor of the yeti for blind rage. It's definitely a fun concept that the icy inverse of a fire pokemon also inverts its emotions, and it's also interesting that this reignites its "atrophied flame sac" to result in our first-ever ice/fire Pokemon.

It's just.....it doesn't look great. Not a bit. I love the flame-nosed, drippy little snowman implied here but I do not love the angry monkey head with flipper hands that we're actually looking at. It's too many elements that only mean anything in the context of this Pokemon, and they just don't mesh into a pleasing design either way.